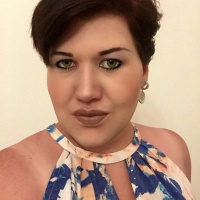 From rehearsal room to the big stage, Lisa-Jayne Lewis examines the stagecraft journey that artists make from national finals, local selections and internal preparations all the way to the Eurovision Song Contest.

So we’ve now seen all the first rehearsals for all 42 delegations, they’ve taken their performances from national selection stages and first release videos and transported their vision to the big, and I mean big, stage here in Kyiv, so let’s take a look at some of the performances we’ve seen and the stagecrafting that has gone into making some stand out performances.

When it comes to stagecraft the ultimate reason for doing anything in your three minutes of glory is to tell the story of the song. The use of superfluous pyro, video or oversized props doesn’t work with me and ‘showing off’ for the sake of it is certain to get my back up (yes Russia, that means you in 2016).

I probably should start with Austria. In the first run through Nathan Trent reduced the press room to silence and created the biggest applause at the end of the run that I saw across all of the rehearsals.

The concept, like the song, came from Nathan himself. It’s very brave of any broadcaster to allow their singer to bring their own vision to the stage and create the artistry of the stage themselves. Anyone who has heard me on the podcast, on Juke Box Jury or anywhere really will have heard me speak about authenticity, and it’s ultimately authenticity that is key to delivering a great performance. All our recent winners have held a large about of artistic control of their three minutes and the Austrian Broadcaster ORF have good form at this.

When they gave their singer a large amount of artistic control in 2014 the result was a Song Contest in Vienna the following year – Nathan’s concept was about being the man in the moon, and he is exactly that.

The giant glittery moon and beautifully constructed video wall all work to tell the story of the song, of a person so happy that nothing will phase them, they could quite literally ‘running on air’. The colour stories used in the performance are spot on, and the tones and hues compliment the lyrics and the timbre of the song perfectly. Up until this point I have always said that Estonia 2015 was my favourite ever piece of staging, I think that Austria 2017 may have topped that.

We come to expect certain things from Serbia when it comes to Eurovision and this year they have brought us something a bit different. Gone is the hard styling and Balkan drama, we now see a softer side to the Serbian conscience. Tiana was styled for her first rehearsal in a simple white spaghetti strap dress and soft white palazzo pants, whether this is ultimately what she will be wearing for the show remains to be seen, but she could wear it, very easily actually, with a bit of upstyling this would make a wholly different but beautiful stage look.

Estonia maybe a lesson for everyone in what not to do. Having received tonnes of feedback from many sources about how to improve the staging from the rather lacklustre performance at Eesti Laul. Next we heard, they’d hired someone to work on the staging, if that is the case then ETV should be looking for a refund because essentially nothing has changed. Yes there are a few more whizzy-bang graphics on the wall and the floor, and Laura has a nice new frock, but apart from that the staging and the performance remains largely unchanged. Koit and Laura still look awkward, the camera angles and transitions are still clunky and mistimed, the lighting is very unimaginative, the monochrome is dull and the story of the song remains untold. Truth be told it was actually better at Eesti Laul and it was pretty awful there. I think the staging of this song has put it firmly in the danger zone to be one of this years shock NQ’s. Such a shame for Estonia, once riding high at Eurovision and since moving Eesti Laul from the TV studios to the Saku Surhaal they seem to have lost their way. The only way to save Estonia: somebody call Kerli!

To counteract Estonia, Hungary’s staging is a class act. The staging remains largely unchanged from the A-Dal final. Yet has been widened out to use the larger space available. There is a tentative use of pyrotechnics this year as not many performances feature fire, Hungary does and it’s used very beautifully and fire pillars surround Joci and Alexandra ‘Mulan’ Virag as they dance together in the short musical breaks. Hungary proves something that we’ve long-since known, if the staging tells the story of the song then the language of the lyrics don’t make a difference. Hungary have taken the very best of their national final performance and brought that to the stage. It’s classy and sophisticated, I’m looking forward to seeing it again for rehearsal two.

I realise I could make a lot of enemies with this statement, but my hunch is that Romania have over egged the pudding. I know, I know it’s delightfully bonkers and I do ‘get it’, there is nowhere that two oversized glitter cannons being wheeled on stage mid-song is more appropriate than here at Eurovision, and I do actually want to take one home with me.

But if we come back to what the point of the staging is, which is to tell the story of the song, then we have to question what glitter cannons have to do with yodelling… or rap. I do adore this song, it’s fun, mad, and goes beyond the gimmick. She can really yodel, he can really rap – it is definitely not a novelty song. But I think the over-colourful bouncy graphics and the big cannons have cheapened what really is a great three minutes of music fusion.

The Stage Of My Life

Belarus, I have made no secret, is my favourite song this year so I went into the first viewing of this guarded that my love for the song may cloud my opinion of the staging.

I don’t think it has, because everything I thought about it seems to have been echoed in conversations within the press room and around the blogs and websites. The simple word is ‘stunning’! All the elements of the National Final performance back in January have been incorporated into the staging here and then turbo charged. Arciom and Ksienija are quite clearly loving their whole time on the stage, they are quite clearly friends and the chemistry between them is so visable to the viewer. The traditional Belarussian embroidery patterns are there on the video screen and the floor. The boat that they’re sailing through the mists on and the light, fun feeling of the song still carries through. Personally I am hoping that they will sail on that boat right through to Saturday’s Grand Final.

This Is Tranquility Stage

Well Switzerland has divided the press room too. Some can’t stand it, others love it. Timebelle have actually not taken anything from their National Final performance, but have wiped the slate clean and started again, which you are perfectly entitled to do.  The colour story has changed from the red of the National Final to soft yellow and pink. Miruna now wears a beautiful yellow gold dress with layers and layers of organza skirt, it looks amazing as she stands on the top of a plinth and the fabric trails down the back.

For ease of walking around the stage the dress is cut with a high hemline in the front, not dissimilar to Dami Im’s from last year. The graphics echo the circular shape of the stage and in my opinion it’s beautiful staging of a very good song. Switzerland have presented quite a few good songs in recent years and have failed to qualify with them, I am hoping that the staging wizardry of Nicoline Refsing may help get Switzerland over that hump this year.

The next time we get to see these acts will be for their second rehearsals, all the delegations will have watched playback of these rehearsals and will have lots to work on, even the ones that are really, really good will be looking to tighten up, make tweaks, rehearse a bit more and then present their learnings to us at rehearsal number two. We’ll be in the hall for the next rehearsals so will get to see what the audience will see, as well as keeping an eye on the screens to see what changes have been made.

One response to “Taking It To The Big Stage”