Since launching in 2010, ESC Insight has worked with a huge number of  contributors, from our writers and columnists, to the Juke Box Jury judges and podcast guest, as well as a few people behind the scenes.

British Academy (BAFTA) nominated broadcaster and writer Ewan Spence is the voice behind The Unofficial Eurovision Song Contest Podcast and one of the driving forces behind ESC Insight. Having had an online presence since 1994, he is a noted commentator around the intersection of the media, internet, technology, mobility and how it affects us all. Based in Edinburgh, Scotland, he has worked with a number of major media partners, including the BBC, Forbes, The Guardian, The Stage, STV, and The Times. 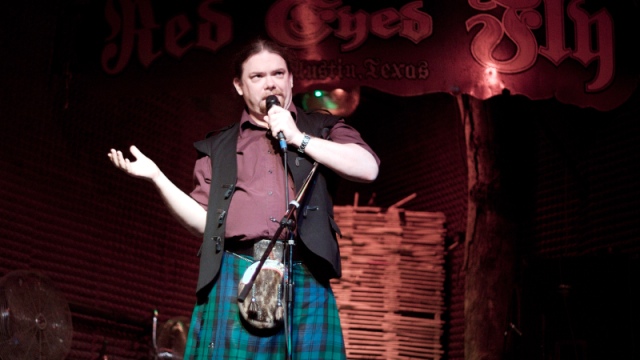 Ewan Spence, on stage at the Red Eyed Fly in Austin, TX.

“Given the cutting edge technology that has always been promoted by Eurovision, I don’t think that it should be a surprise that I love the contest. It’s been part of my life as long as I can remember (and that memory would be Bardo). No matter what the media (especially in the UK!) say about the contest, it’s loved by millions of people around the world. When I started doing the audio reports back in 2009, there was a huge appetite for more content about Eurovision… and if you’re going to do anything, you should do it well. Which meant a new website and a permanent home for the podcast, along with a place to go into more depth about our favourite show.

Ewan’s articles on ESC Insight can be found here.

Sharleen was born, bred and still resides in Sydney Australia. For the past 17 years she has worked as a freelance journalist and PR specialist for various interests and events such as Melbourne International Comedy Festival, Edinburgh Fringe Festival, Pacific Circle Music Convention (Australia), the University of Western Sydney, and the Melbourne International Film Festival. Her works have been published in both the UK and Australia, both online and print including Scottish magazine The List, Melbournes’ Beat street press, and in fan club magazines for cult TV shows – Red Dwarf, Press Gang, and the Eurovision Song Contest. 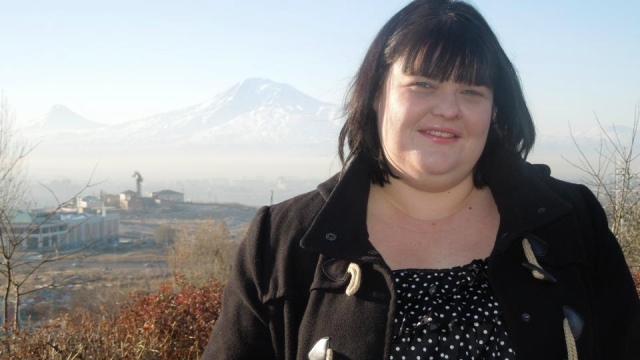 It was always inevitable. My father works in the music industry and his favourite artist of all time is Matt Monro. My mothers favourite song of all time is Brotherhood of Mans’ ‘Save Your Kisses For Me’. I met Bucks Fizz at the age of 5 in my local shopping centre and still have my signed copy of ‘Making Your Mind Up’. But it all truly began in 1994 upon switching my TV to the little-watched multicultural channel SBS in the hope for something entertaining. What I remember most about that year was seeing the interval entertainment – the infamous debut of what the world came to know as Riverdance. Now, at the tender age of 16 and still at dance school, I will admit this act moved me. I may have even cried. I still cry at the sight of Riverdance, but for entirely different reasons.

I was hooked, and Eurovision became an important date on my social calendar forever more.

Sharleen’s articles on ESC Insight can be found here.