What Eurovision Can Learn From Melodifestivalen’s Digital Press Room 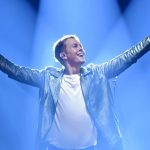 Ben Robertson has been working at a remote journalist for ESC Insight covering Melodifestivalen 2021. In this piece he reflects on this experience, for how the Eurovision Song Contest will approach a digital press centre for this year, and beyond…

Ben Robertson explores the songs and the artists for this year’s Melodifestivalen and notices something different. Gone is the uber-competitive element from the show this year, and instead artists are turning up to just do their thing.

Eurovision Insight Podcast: Everyone Gets A Stage

A stage for everyone, all the National Final results, and the upcoming Musical Madness of March. Catch up on the latest Song Contest action with the Insight news podcast.

From Keiino in Norway to Aksel in Finland, this year’s national selections are proving that nothing is guaranteed when it comes to Eurovision…

Why the Message Matters

For an audience as large as Eurovision gets, are we paying enough attention to the messages being sent to viewers?

The UK has a singer, Spain has a head-to-head, and what should you do when there is too much Eurovision? Catch up on the latest Song Contest action with the Insight news podcast.

It has been suggested that Melodifestivalen may have broken world records with their first heat broadcast. Ben Robertson investigates what the record is and how it is one of the secrets behind keeping Melodifestivalen top of the ratings annually.