The Spotter’s Guide To ‘Eurovision Song Contest: The Story Of Fire Saga’ 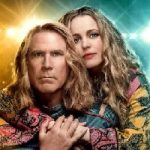 Ewan Spence and Ellie Chalkley sit down with a review copy of Netflix’s ‘The Story Of Fire Saga’ to talk about the film, the portrayal of the Song Contest, and the moments that Eurovision fans need to watch out for.

iTunes | RSS
Last place at Eurovision? They can stop the sting