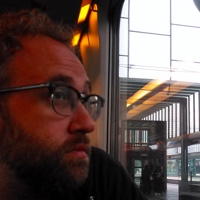 Before it was cancelled, 41 acts were set to perform at Eurovision 2020. As we approach 2021’s Grand Final, 26 of those acts have returned for a second chance. Erik Nelson finds out what happened to the other fifteen?

It was likely unrealistic to expect every act to come back, particularly when so many countries have massive national finals, but the fate of these artists have varied a fair amount. In general, they can be broken down into a few different groups.

We Are Moving On

A number of artists moved on of their own accord – Norway’s Ulrikke, France’s Tom Leeb, Croatia’s Damir Kedžo, Albania’s Arilena Ara, Portugal’s Elisa, Germany’s Ben Dolic, Cyprus’s Sandro, and Italy’s Diodato all opted to focus on other projects, including other music in a lot of cases. Russia’s Little Big surprisingly moved on as well, despite “Uno” having the most views of any Eurovision music video in history. Their reasons for moving on are still unclear.

On a slightly different front, Poland’s 2020 artist Alicja Szemplińska submitted a song for this year, and was reported to be on a short list of contenders. However, in early March she stated that didn’t hear back from the Polish broadcaster, ostensibly learning that they’d gone with Rafał at the same time as everyone else.

The most surprising turn of events among non-returning artists, however, may involve Ben & Tan, the 2020 hopeful from Denmark. The Danish broadcaster confirmed fairly quickly after 2020’s cancellation that a new Dansk Melodi Grand Prix would be used to pick their 2021 artist, and that Ben & Tan would not be given a free pass to the final. The duo recorded and submitted a song, but to the surprise of many it was rejected, sparking a backlash among the group’s fans. The broadcaster later sought to explain the decision, insinuating that the song wasn’t good enough to make the cut.

Ben & Tan ultimately released the song anyway, leaving many impressed listeners wondering how the song had fallen short. DR also suggested there had been an attempt to involve Ben & Tan in a non-competitive way but they could not find an agreeable way to do so. After Fyr og Flamme failed to qualify out of their semifinal this week, both members of the group shared an Instagram story by a fellow Danish artist featuring the statement:

No place in the final on Saturday,
Not a big surprise,
I really do not understand why Ben & Tan were not allowed to play,
Then we would probably be in the final now.

While we’ll never know if that statement is true, to the group’s supporters, and apparently to the group itself, there was no doubt. Considering Denmark’s end result, it’s hard to blame them.

Close, but No (Second) Cigar

The national finals in Scandinavia and the Baltics are huge draws, so it’s not a huge surprise that they would largely stick to the status quo. While The Roop and Uku Suviste were able to secure their return trips by winning their national finals again, a couple of others weren’t so lucky, including Sweden’s The Mamas, whose third place finish at Melfest left them just short of a return trip.

Aksel Kankaanranta from Finland suffered a similar fate, finishing in 5th in the final with the song “Hurt.” While the song served as a touching ode to an emotionally fraught 2020, it didn’t capture viewers’ hearts the way “Looking Back” did. Before the competition, Aksel stated “I hope this song will help others who are struggling with their mental health.”

That goal has continued in Aksel’s subsequent music – during Eurovision week, Aksel released a lovely new single along similar lines, titled Sydän paareilla. Its title means “Heart on a Stretcher,” and its lyrics include the following:

I no longer will circle around the truth,
if you have time to listen,
I will talk about my feelings,
even if it seems difficult.

Despite the disappointing result, and the massive success of a song with a very different message, Aksel has continued to use his voice for good, and to stress the importance of openness and positive mental health.

Regrettably, sociopolitical conflicts also claimed a couple of last year’s hopefuls. Following conflicts over Nagorno-Karabakh, Armenia dropped out of this year’s contest, leaving Athena Manoukian without a chance to return.

VAL from Belarus were explicitly not welcomed back (and were said to have “no conscience” by their broadcaster) during the nation’s ongoing unrest between prosters and its long-standing government. Belarus eventually sent an act that was deemed ineligible and then was removed from the competition entirely.

VAL, meanwhile, are doing splendidly outside of the contest. The duo, comprised of Valeria Gribusova and Vladislav Pashkevich, got married in April of this year, and released a collaboration with fellow Belorussian act Naviband for a song celebrating the country’s independence. A synthwave remix of their song “Da Vidna” was also released this year. Despite those who wish to deny the platform, the duo has remained steadfast in making their voices heard.

Much in the same way that an eliminated song never goes away, the non-returning acts from 2020 have persisted in their own ways, and will always be part of the Eurovision family, whether they formally grace a Eurovision stage or not.

About The Author: Erik Nelson

Erik Nelson is a writer and music fan based in Minnesota. He is a co-host of the Eurovision podcast 12 Points from America.

One response to “Sometimes They Don’t Come Back”