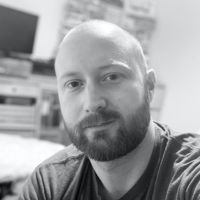 Matt Baker speaks to Big Daddy Karsten in the run up to the third semi-final of Melodi Grand Prix and asks the Norwegian about his entry ‘Smile’, body positivity, and being the country’s first openly gay rapper.

It’s a bitterly cold Tuesday night in London as I sit at my desk waiting for my interview with Big Daddy Karsten. If truth be told, I’m feeling the pressure to ‘get this one right’. The reason? We’ll come on to that.

The call begins and BDK asks me to wait while he turns off the Arsenal football game on television. I mention that I support north London rivals Tottenham Hotspur, so it might be a good idea. He jokes, “Okay, it was nice speaking to you. Bye!” 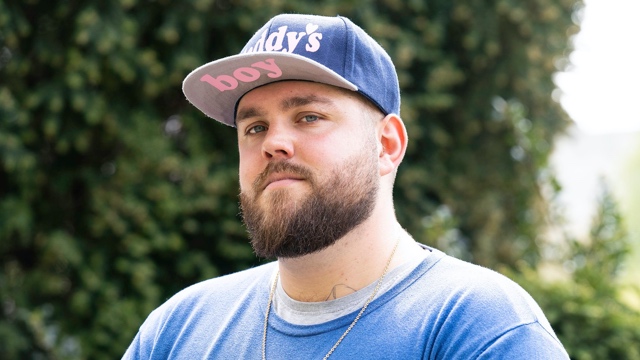 With the proverbial ice very much shattered, I ask him about his early memories of music. “That’s hard to answer because music has been around me since I was in my mother’s womb. She was an opera singer, so it has always been a big part of my life.”

Karsten found rap almost by accident and by an unlikely source. Whilst still a child, his parents divorced and went their separate ways. Soon after, his father took on a lodger who was always listening to rap music. This is when Karsten heard rap for the first time and discovered legends of the genre, such as 2Pac. “I couldn’t believe that I’d never heard this kind of music before. This guy [2Pac] took the best part of the music and worshipped it! He said so many interesting things in such a short amount of time.” Karsten cites 2Pac’s ‘Me Against the World’ as the first rap song he ever heard and fell in love with. This resonated with the young Norwegian at the time. Being the “bullied chubby kid at school”, the song’s lyrics took on their own personal meaning.

So, from that day on, Karsten knew he wanted to be a rapper. He always saw his future on the stage, be it through theatre, music or otherwise. In fact, he lets me in on a secret (with a cheeky wink) that in the first grade of elementary school, he took ballet lessons, “I did everything. I played piano, cornet, guitar, drums, and took singing and drama lessons, too. But rap was always the thing that had me, you know?” He leans in closer, “I knew this was what I wanted to do because you can talk about your own story. You tell the world who you are, what you feel, what you think, and what’s important to you.”

Lyrics, then, are the lifeblood of Big Daddy Karsten…

“So as much as I appreciate a compliment on my thickness,
It hurts at the same time like a sickness.”
(Lyrics from ‘From Time (Bearmixxx)’, 2020)

I read his words back to him and he nods.

“People always say that I’m body positive because I sometimes do my live shows in a jockstrap and harness and I twerk. But I’ve never touched on that in my lyrics before. Being a big guy, you get told your whole life that there is nothing right about your body. When I came out, I was introduced to the bear community. People found my belly attractive and I found that hard to accept.”

Karsten explains to me how he mostly prefers bigger guys, too, but how it’s also a complex issue. “I understand when someone pays me a compliment but, for me, it feels sickening. Those lyrics you just read out are more about people’s fetishist ways of approaching other guys online. It can be really damaging. I got hit up online by one guy who straight away said that he wanted to hold my fat in his strong hands. It made me feel weak.”

As we all know, what people say online and can hit just as hard as in real life. So, Karsten unpacks that situation a little bit. “I don’t mind people fetishising me, but I don’t want to be approached like that. I’ve started answering guys back and I tell them that if they want to be with me, try to compliment something else. Try and go about it in another way. Don’t make me feel like I’m a bag of fat.”

Karsten also wants to get the message out that not everyone is looking for the perfect six pack body. “If you’re comfortable with your body, be big. It’s awesome! We need to show that in mainstream media, too. You can’t open a newspaper over here without seeing an advert for dieting. We need to give everybody someone to look at and think ‘yes, I’m big too and he’s hot, or she’s hot, or they’re hot!’”

That said, it’s still a touchy subject matter. “Those lyrics were tough to write, but felt good to write, too.” 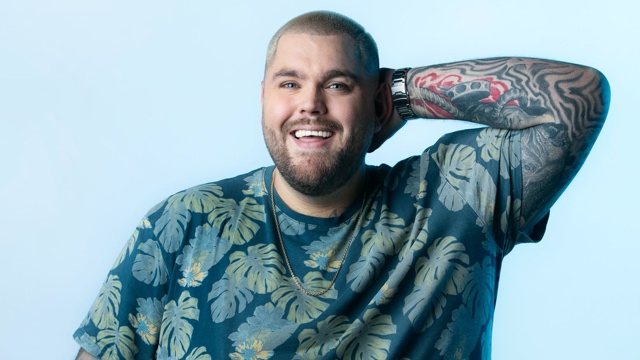 “I wave my rainbow high in that same blue sky.
LGBTQIA, we still got our pride.”
(Lyrics from ‘Cancelled’, 2020)

As Norway’s only openly gay rapper, BDK is leading the way for those who might follow in his footsteps. So perhaps unsurprisingly, those initial steps were difficult. At school, he realised he was gay but didn’t dare come out. At that time, this internal conflict manifested itself as aggression. “People were already bullying me, and I didn’t want them to have another thing to bully me for,” he says. “It made me go down a very toxic masculine path that led me into starting fights and doing drugs. It took my mother dying for me to realise that I didn’t want to live that life anymore.”

It wasn’t until 2016 that Karsten decided to come out as gay. Coming out later in life is tricky enough, but Karsten’s story become national news and played out publicly because of the stigma of homosexuality in the rap industry. “It blew up! All of a sudden, I was on gossip shows, national television, the biggest newspapers, and radio shows. Everyone was talking about it. Suddenly something I’d been trying to hide for my entire life was something everyone knew about. So, as much as I love that I came out, it was a stressful time. I even had my first panic attack.”

As Karsten progressed in his life, his music progressed as well. “I needed to be my authentic self,” he recalls. “I wanted to be a rapper that happens to be gay, rather than ‘that gay rapper’. But after a while, I understood how important it was that I was that gay rapper and I wear it as a badge of honour. I get to be the trailblazer in my genre in Norway. And there is still so much injustice, not only for gay people, but I can use my platform to talk about things like trans rights and racism. So now a big part of me is fighting for what’s right, and I can do that just by being me on my songs. I can still tap into the masculine and aggressive part of me if I need to, but I don’t want it to be all that I am. I want the softer side, the happy and loving part of me to shine through.”

Before earning a full-time living from his music, Karsten worked in sales. He recalls the best piece of advice he’s ever received. “I was told to find out what you’re good at and make sure you become the best at it. That has become my motto! Don’t try and do too many things. Find out what you love, what you’re good at, and become the best at that. That’s pretty much what I’ve done. Every rapper in the world might say they’re the best rapper, but I think you need that kind of mentality.”

There’s no misplaced bravado here. He’s a confident fellow, don’t get me wrong, but Karsten is open and approachable, with a warm honesty. This comes through in his lyrics, so I ask him about his creative process.

“My best lyrics are written on the aeroplane or in the toilet,” he says, laughing. “My songs never start with an idea about what I want to write about.” When writing original songs, Karsten prefers to be in the studio with a producer. “My favourite way of working is when the producer starts making a beat and I start writing. I rap through everything, so I start with two lines, then those two lines become 4 lines, and so on. My producer can vibe off me as well.”

The song ‘Smile’ is Big Daddy Karsten’s entry into Norway’s Melodi Grand Prix and is only the fourth song the Norwegian has written in English. When his manager first heard the demo, he immediately suggested it for the Eurovision Song Contest.

“The beauty of that song is that it’s still ‘me’ but it’s easier to swallow for a wider audience. As much as it’s a song about open relationships and being naughty, it’s done in a way that’s easier for everyone to accept. When I do a competition like this, I want to send a message of love. Maybe people will watch the performance and it will widen their minds, rather than close them up even more. And I think we have a good chance of winning, and I can do that without losing myself in the mix.”

What The Future Holds

We’ve been talking all evening, so I wrap things up by asking Karsten what the future holds beyond Melodi Grand Prix. “We want to get outside of Norway’s borders. I love doing concerts here, but I’ve done all the big festivals, and now I want to get out there and play to other audiences. I want to conquer new lands. And I want to twerk in my jockstrap around the world!”

I stop recording the interview and we laugh, imagining all the things that could be achieved whilst wearing a jockstrap!

So why did I want to do justice to this interview and to Karsten? Hey, don’t you want to get all interviews right? I hear you cry. Well, yes, but by documenting someone’s personal story, there’s an added level of pressure – especially when talking about important themes such as representation.

We talk a lot in the Eurovision community about countries ‘playing it safe’ with middle of the road entries, and how fortune can sometimes favour the bold. Well, here’s your boldness in abundance! Big Daddy Karsten may not make it to Rotterdam this year. Heck! He may not even make it through this weekend’s competitive MGP Semi Final. But to see someone so unapologetically themselves, who is willing to bring such refreshing honesty to the stage, is something to be applauded. I’m not one for disingenuous hyperbolic statements, but I do feel Big Daddy Karsten represents a progressive train of music that is charging full steam ahead, not only into the mainstream but also our beloved Eurovision Song Contest.

About The Author: Matt Baker

1. Matt is a writer and podcaster. If it wasn't Sonia singing 'Better the Devil You Know,' that got him hooked on Eurovision, then it was the Gina G banger 'Just a Little Bit'. You can hear all kinds of auditory drivel over at Second Cherry: Almost a Eurovision podcast.