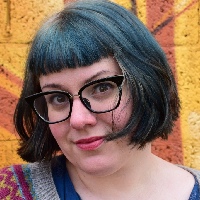 Have We Entered The Era of The Eurovision Stan? Written by Karie Westermann on March 15, 2019 | 4 Comments

With Bilal Hassani winning in France and Bishara finishing second in Melodfestivalen, Karie Westermann is wondering if we are about to enter a new era for the Eurovision Song Contest… the Age of the Stan.

Ever since the Eurovision Song Contest began counting public votes, we’ve been discussing who is voting and why. We discuss the power of the diaspora (votes cast for the home country by those who live elsewhere), geopolitical voting patterns, and what impact staging has upon the public votes. We talk about the influence of past songs upon the current crop, and we even talk minutiae like bpm and camera angles.

I’m curious about what I see as a sea change in how we choose the acts that sing the songs we dissect so much.

The 2010s has been a decade of memorable contestants who started on TV talent shows. Ruth Lorenzo, Conchita Wurst, Guy Sebastian, Dami Im, Måns Zelmerlöv, Jamala, Salvador Sobral, Saara Aalto, Loreen, Jedward and Krista Siegfrids are just a handful of the many acts who got their first break through participating in a talent show. Appearing on a TV show meant they were already familiar with how TV works (know your marks, work the camera) and were comfortable on stage. It also ensured that the viewers at home were familiar with the singers themselves and had a story hook already. In the case of the names mentioned, this proved beneficial as they all made it to the contest’s Grand Final and some even won. For others, their appeal proved very local — such as Iceland’s Ari Olafsson who failed to make an impact at Lisbon 2018 — or they struggled even on the national stage.

The past few years we’ve begun seeing another type of contestant: the social media star. Justin Bieber was discovered on YouTube back in 2008 and his success gave rise to other social media discoveries like Shawn Mendes, Alessia Cara and 5 Seconds of Summer (as discussed previously on ESC Insight).

In the interim 11 years Instagram has joined YouTube as a creative outlet for young music talent. Aspiring pop stars no longer have to audition and go on semi-scripted reality TV shows to get a story and find an audience. The talent can now record themselves singing in their bedrooms, tell their own stories, and build their own audiences who can interact with them.

Bilal Hassani of France is one of those young talents. He did compete in The Voice Kids in 2015, but it was not until he had amassed nearly 1 million subscribers on his YouTube channel and roughly 500,000 followers on Instagram that he made the leap to Eurovision. He won with ‘Roi’ due to an overwhelming public vote share — out of his 200 points, 150 came from the public vote.

In Sweden, we nearly saw the same thing happen with 16 year-old Bishara. He finished second overall thanks to an impressive public vote: his overall score was 107 with 69 being from the public. However, if we take a closer look, Bishara’s numbers look different. His YouTube channel has only 16,000 and his Instagram account is followed by 185,000. Surely, this should not have been enough to catapult a practically unknown boy to the runner-up spot in Sweden’s most popular TV show?

Let me introduce you to the concept of the Stan.

Just To Chat, Truly Yours, Your Biggest Fan

Depending upon who you ask, the concept of the Stan either stems from Eminem’s song of the same song or as abbreviated form of ‘superfan’. Either way, a stan (noun) is an enthusiastic fan who is connects with others online who also stan (verb) someone.

The online phenomenon really began with One Direction whose meteoric rise to fame was propelled by stans who consumed as much online content as possible, thus paving the way for a third-placed X-factor boy band to become the biggest British export in the US since the Beatles. While fannish spaces have existed on the internet since its inception, and websites such as LiveJournal and DreamWidth enabled fans to connect, social media sites like Twitter and Instagram made staning a much more organic and focused pursuit.

New Zealand based fandom & tech expert Sacha Judd has studied the stan phenomenon and argues that staining is one way of honing and developing tech skills. One Direction stans infamously hacked airport security cameras so they could watch their idols chill before a flight and Lady Gaga’s Little Monsters staged a Starbucks scam to get her a number one single. More benevolently, stans frequently organise complex campaigns to win awards and have songs played on radio, but fundraising is a big part of stan culture, though, with wider societal issues such as LGBT+ rights, structural racism, and women’s rights often high on the agenda.

Watching the results in France and Sweden, I found myself thinking about the stan phenomenon at Eurovision. Both Bilal and Bishara belong to a new generation of contestants — vocal talents who are wildly famous to a certain demographic and completely unknown to anyone who do not live in certain pockets of the internet — and they are loved by the generation of stans who are used to participating in “voting attacks” with social media accounts devoted to generating hashtags and hits. These stans are primed for weaponising their numbers, even if they are voting via apps or by calling numbers. They are not casual Saturday night viewers nor are they just tuning in. These stans know the story even before they have heard the song or seen the performance, and they are poised to gain their fave as many votes as possible.

As National Final season gears down, the local TV producers will begin to look for the next batch of possible stars. Social media will play a massive part in their search as a built-in following guarantees good viewing figures on the night. As we’ve seen in France and Sweden, their profiles might also result in solid public votes. Interestingly, Sweden has changed how their voting system works: they are now giving preferential treatment to acts who gain votes from a wider range of demographics. This could be a reaction to previous years’ ‘voting attacks’ though it does not require fans to verify their range. Bishara still ended up with a large share of the public vote (only beaten by the inevitable winner).

I can hear ESC fans screaming already at the prospect of seeing ‘their’ Song Contest invaded by teenage girls armed with mobile phones. Well, there is more to this story.

Stan behaviour is not limited to a specific age nor gender. We already see stan behaviour on ESC social media with campaigns such as the successful ‘#mamood4eurovision’ which sought to persuade the Italian contestant to participate in Tel Aviv 2019 after he had voiced doubts. We have also seen fan generating massive hype around certain contestants before they’ve even released a song and finding leaked content before the official unveiling.

Social media has and will continue to change the Eurovision Song Contest. We already have our online fandom communities, fan media, leaked songs, streaming figures, access to National Finals across Europe and beyond, and instant access to .. whoever manages the social accounts of the contestants. When I started watching Eurovision, none of this existed but the changes have made for a more engaging and immersive experience.

And who is to say that a teen girl’s passion for a queer French-Moroccan Muslim boy is less valid than another fan’s passion for Big Balkan Ballads? If we truly celebrate diversity, we should not be gatekeepers. Opening up the Song Con test to new voices and new fans makes for a more exciting Contest that will keep evolving.

About The Author: Karie Westermann

Originally from Denmark, Karie Westermann is an award-winning writer and blogger based in Glasgow, Scotland. She writes on a series of topics including fandom, new media, women's issues, and the handmade movement. Karie's been watching the Eurovision Song Contest since she was 3 and her proudest childhood memory was winning a magazine competition to meet the winners of Eurovision 1984. These days Karie describes herself as "a bit of a Eurovision hipster" as she looks at how the contest continues to evolve. You can follow her on Twitter at @EurovisionKarie.

4 responses to “Have We Entered The Era of The Eurovision Stan?”