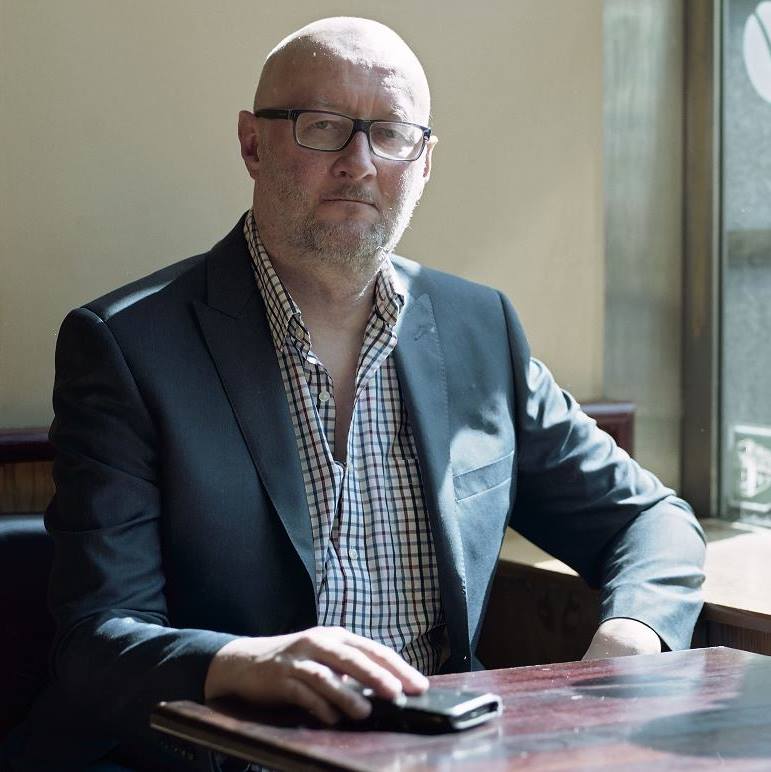 Putting The Song Back In The Eurovision Song Contest Written by Keith Mills on May 15, 2017 | 2 Comments

Will the success of Portugal’s ‘Amar Pelos Dois’ represent a change in the music at Europe’s favourite TV show? Guest writer Keith Mills looks at the evidence.

Only time will tell what is remembered about the 2017 Eurovision Song Contest. Will it be the chaotic perceptions in the run up to the Song Contest, the Government ban of the Russian singer, or the stage jumping antics of a local attention seeker steal some of the gloss from Portugal’s first victory after a fity-three year wait?

They may do in the short term, but in ten years’ time, we will still have one of the most memorable victories in Eurovision history.

How Successful Is Luisa Sobral’s Song?

What you do need is to have a great song and a singer who can perform it with passion and empathy.

Portugal’s victory is immense, both in its scale and its likely consequences for the Song Contest. Winning both the jury and televote (the first time this has been achieved since 2014) means that there can be no doubt that the most popular song won. The 758 points that Salvador Sobral scored is unsurprisingly a new record thanks to the current system allowing two ‘douze’ from each country, but even if you use the voting system in place before 2016, ‘Amar Pelos Dois‘ would have outscored Alexander Rybak’s ‘Fairytale‘, the 2009 winner and record holder under that format.

Another way of comparing the relative scores of all Eurovision winners is to calculate the percentage of points they scored, compared with what they could have received, if they got the maximum available points.

Using this method the 2017 winner is in the all-time Top 10, in 9th place. The most successful winner using that calculation, is Luxembourg’s 1973 entry ‘Tu Te Reconnaîtras’ sung by Anne-Marie David. The voting system used that year had each country with two jurors, each awarding a maximum 5 points to each song.

Using the more familiar 12-10-8 etc. system introduced in 1975, the most successful winner is the U.K.’s ‘Save All Your Kisses For Me‘ performed by Brotherhood of Man in 1976, which achieved 80.4% of the available votes, or an average of 9.6 votes from every jury.

‘Amar Polois Dois‘ also became only the third winner of the 21st century to score points from every country (the other two being Norway in 2009 and ‘Heroes’, the Swedish winner in 2015.

This year’s winner is only the second song to triumph without any English lyrics, since “free language” was re-introduced in 1999. The only other song to do that was ‘Molitva’ performed by Marija Šerifović, which brought victory to Serbia in Helsinki in 2007. While jury members still get translation sheets for songs, the public voted for an entry where few understood the literal meaning of the lyrics. That is a remarkable achievement in itself.

Waiting For A Star To Rise

Portugal has also gone into the Eurovision record book for the longest wait for its first victory. It’s been 53 long years since Portugal first competed in the contest and no country has shown such patience in waiting for things to go their way. The longest previous wait for a first victory was Finland who first entered in 1961 but had to wait 45 years until Lordi won in Athens in 2006 with ‘Hard Rock Hallelujah‘.

The country now waiting the longest for a win is Malta who made their debut in Dublin in 1971 and who have come close to winning on three occasions (1998, 2002 and 2005). While Malta has entered 30 times without victory, they took a long break in the 1970s and 1980s, so consideration should also be given to Cyprus. The first Cypriot entry was in 1981, also in Dublin and they have only taken a couple of years out. Their 34 entries without a win has yielded three 5th places, in 1982, 1997 and 2004. Few would begrudge a win to Malta or Cyprus, especially when two potential weeks of Mediterranean sunshine is taken into account.

By contrast, Portuguese broadcaster RTP’s first involvement in the contest was in Copenhagen in 1964, when António Calvário sung ‘Oração’ (Prayer) but returned to Lisbon without having scored a single point. That gave Portugal the first pointless Eurovision debut, an “honour” that Lithuania shared 30 years later.

Portugal would go on to finish last on two further occasions. In 1974 Paulo de Carvalho performed the stirring ballad ‘E Depois do Adeus’ (And After The Farewell). While he finished last behind Abba in Brighton, a few days later the song would be used to trigger the start of the Carnation Revolution that overthrew the dictatorship and brought democracy to Portugal. Despite its failure in the Contest, the song is fondly remembered by the Portuguese people.

In 1997 in Dublin, Portugal also finished last when Celia Lawson sung ‘Antes Do Adeus’ (Before The Farwell), a song that made a lyrical connection with the 1974 entry, failed to score a single point.

Portugal missed out on the 2000 and 2002 Song Contests, due to relegation and since semi-finals were introduced in 2004, they had only made the final on 3 of 11 attempts, one of the least successful qualification records in the contest. Financial problems meant that there was no Portuguese entry in 2013 or 2016 (or someone in the delegation really doesn’t like Sweden) but RTP used the year out to re-focus their efforts to try an improve a dismal record that meant that 1996’s 6th place finish with ‘O Meu Coração Não Tem Cor’ (My Heart Has No Colour) sung by Lúcia Moniz was until this year, the country’s best ever result.

Interestingly Lúcia went on to international attention starring in the 2003 film ‘Love Actually‘ and over twenty years later she remains a popular star in Portugal, working in both music and television. Attempts to lure her back to Eurovision have failed as she said she wanted to be remembered as the artist who brought Portugal its best ever result. Now that that record has gone, could we see her back in the Contest in some capacity?

RTP has always focussed on the songwriters in Festival da Canção (its National Selection show). For the 2017 edition, sixteen of Portugal’s finest composers were invited to write songs that could keep Portugal true to its musical heritage but could also appeal to an international audience.

For the first time, songs could be sung in English in the festival, but only three of the songwriters chose that option and only one of those made the cut for the eight-song final. The Portuguese are proud of their language and their traditions and wanted to win the Eurovision Song Contest on their own terms.

Remarkably Salvador Sobral only came second in his semi-final, but he became a clear winner of the ticket to Kyiv, having won the jury vote in the final and finishing second in the Portuguese televote. Within hours of its selection, ‘Amar Pelos Dois’ entered the Top 10 bookmakers favourites and on the eve of the contest, it displaced the long-time favourite Italy, despite an early positioning in the running order. This was the first time in history that Portugal was favourite to win Eurovision and those who were looking for omens, noticed that Sobral became the favourite at exactly the moment that The Pope touched down in Portugal, on his way to celebrate the centenary of the apparitions in Fatima, which happened one hundred years to the day before Portugal’s victory.

Who Else Had A Chance?

Italy may have had over one hundred million YouTube viewers and a dancing gorilla going for it, but Portugal had a potential miracle and became unstoppable. Gimmicks can only do so much. Bulgaria’s clever use of video effects beautifully matched a stunning performance by young Kristian Kostov, but was the youth of the Dima Bilan protégé actually a disadvantage? Few would be surprised if he copied his mentor and came back to the contest and claimed victory in two years time.

Moldova completed a once unlikely Top 3 with the Sunstroke Project’s ‘Hey Mama’ finishing a rather distant third. This is an entry that ticked almost all the usual Eurovision boxes. A fantastic backdrop, a simple fun dance routine, a costume chance with the addition of the Epic Sax Guy who had pulled in over 60 million YouTube views for a loop of his sax solo in the 2010 Eurovision entry. While it may not have convinced juries, the televoters saw the fun in the Moldovan entry and it cut into the support for the more fancied fun entries from Italy and Romania.

Portugal’s simplicity shown against some of most extravagant staging seen in Kyiv. Denmark’s seemingly endless firework curtain, Sweden’s thread mills, Greece’s “seen it all before” box of tricks, Azerbaijan’s surreal horse’s head and step-ladder and Romania’s giant canons probably cost more than the entire RTP Eurovision budget for 2017, but gimmicks can only get you so far. This was a year that Eurovision went back to being a song contest.

Questions have been raised about Portuguese broadcaster RTP’s ability to host the Contest – to be fair no matter the broadcaster these questions are always raised – but have no doubts, there should be none of the headaches that beset the 2017 Contest. The venue is all but certain; Lisbon’s MEO Arena (better known by its former name; Pavilhão Atlântico) completed in 1998, has been earmarked for Eurovision since it was built. Its normal 20,000 capacity may be slightly reduced for a big stage and camera positions, but a custom built arena would need little investment to make it ready for the Contest.

The MEO arena is well served for public transport, due to the nearby Oriente metro and train station. The Park of Nations area which surrounds the venue has plenty of options for support facilities such as a press centre, Euroclub and Eurovilliage as well as many bars and cafes. RTP will not be short of eager sponsors who will want to be associated with this long overdue hosting of Eurovision.

Sing It Simple, Sing It Strong

After years of political agendas, stage effects and bearded drag queens, Eurovision is back to being a song contest and Portugal, a country whose persistence and self-belief has finally been rewarded, will be the perfect host.

Lisbon will steal Millstreet’s record of being Eurovision’s most westerly host city, but who knows, RTP’s focus on song writing might inspire broadcasters like RTÉ to go back to doing what they did best and remember that a good song can and will win the contest. As Salvador Sobral said so eloquently “Music is not fireworks, music is feeling”.