Eurovision in Ukraine: Imagery Telling The Story Of 2017 Written by Sharleen Wright on May 11, 2017

The power of storytelling cannot be underestimated at the Eurovision Song Contest. Sharleen Wright examines how Eurovision 2017 creates its own distinct narrative through imagery.

Postcards From The ESC

The short clips – referred to as Postcards – that you see during the broadcast can connect an audience, give them a sense of destination, journey, and personality; both of artist and of the host nation.  Having seen the Semi Finals in their full forms, there is an awareness of the narrative that Ukraine wishes to display to the rest of Europe and the world.  For the first time since Baku hosted in 2012, we are seeing clearly identifiable cultural symbols that stamp this show as being uniquely from the host country.

Images of women dressing in national costume greet the viewer from the start, which also ties us into this years logo – that of the string of beads.  Not only do these add colour, they also showcase a nation in rich in diversity, thus also tying into the motto ‘Celebrate Diversity’.  The beads are proudly displayed in projections on the stage, mimicking performing countries flag colours, and the Ukrainian flag colours of blue and yellow are replicated across the hall – in lighting of the stairs leading to the green room and also around the staging.

With regard to the entry postcards, we see once again that the broadcaster has chosen to focus on the artist, rather than individual national tourism element as was prevalent in the Song Contests of yesteryear.  For this years clips, we see 3 elements on show: firstly, the artist in focus in a lit room accompanied by various members of their delegation, footage of the artist in their home nation, and then footage of the artist in a Kyiv location.  This gives us not only a sense of journey, but also tells the story that the performance you see on stage is not the work of one person, but is actually a team effort.  Amongst the footage are many recognisable faces to those within the ‘Eurovision bubble’ – ranging from backing singers and dancers, to Heads of Delegation and Press.  All of these people play an important role in the Contest and it’s a nice touch to give them the recognition they deserve with these postcards.

Whilst the concept behind the postcards for 2017 are a wonderful demonstration of the diversity and celebration of the sense of ‘Eurovision Family’, their function goes much further than a simple 30 second video.  Such technical elements are also there to build an affinity and thus help shape our opinion of the song.  Building this narrative, whether it be about the physical and emotional voyage, the personality or a specific interest of the artist allows a viewer to gain an insight and build relations before they even sing their first note. For Australia, we follow Isaiahs’ long journey from regional Australia, to the city and on flight to the stage in Kyiv.  For Italy, we gain a sense that Francesco Gabbani has a cheeky sense of humour, playing multiple charismatic characters for the camera. For Italy, Salvador Sobral offers a look at the inspirations behind his creative process. 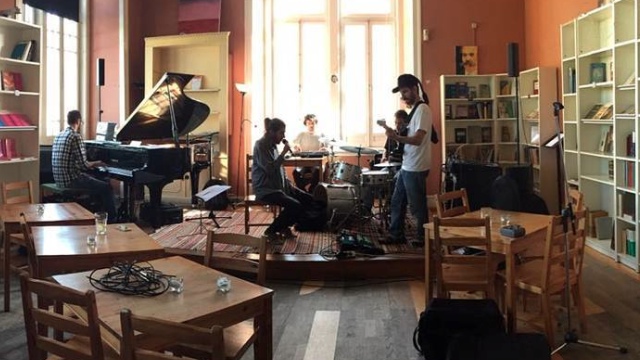 There is little doubt that this Contest, despite its core team hailing from mainly Sweden and Germany, has its own distinct flavour for 2017.  We have a true sense of place in Kyiv, and personality with the artists.

It’s refreshing to see compared to the sterile ‘we could be anywhere’ feel that we have seen from our Scandic and Western hosts of past years, and shows that even working with relatively little in terms of budget, you can build a show that is truly special.