The Great Power And Great Responsibility Of Eurovision Jury Service Written by Ewan Spence on February 7, 2016

As the 2016 National Final season reaches peak intensity, the mysterious ‘jury vote’ figures highly in many of the selection shows. Having spent time on the Belgian Jury this year, Ewan Spence looks back on his influence and experience.

The email arrived just before Christmas. Belgian broadcaster VRT was looking to put together ten international five-person juries to make up half the vote in its National Final. Would I be interested in assisting Belgium select its song for Europe?

The short answer was yes. And so began a curious relationship with five artists, their songs, a National Final, and a sense of responsibility to an entire country.

Making Up My Own Rules

I’ll be honest, VRT’s team were very much hands off. Beyond confirming that I would be on the jury, and supplying technical details on how I would be voting (and what performances I would be voting on) there were no big warnings or any sort of purdah to follow. The whole thing was being done online, so there was no need to go to the studio (I went anyway, I like going to National Finals!), and presumably any jury balancing for age, career, and expertise, was all taken care of at their end. 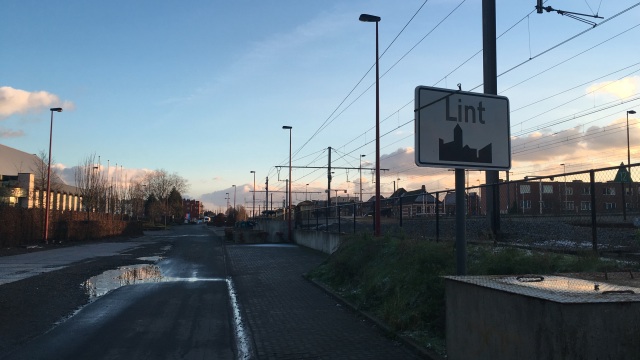 What I didn’t get in advance was a list of the other members of the UK jury. After I was approached through a mutual contact, all of my contact was directly with VRT.

That said, I did personally decide that I would do my best to go in clean to the judging. I would actively not seek out any news or editorial about the Belgian process, the singers, or the fans’ opinion. That proved interesting in the first two weeks of the Eurosong 2016 process as all five were introduced with a popular Eurovision cover, and then a ‘song but no performance’ presentation of their songs to the world.

When I settled down to watch the five performances I was going to judge them on, I had no idea what the songs were like, the styles or attitudes of the performers, and I carried as few preconceptions as possible. I wanted to judge this like the viewers at home for the National Final, and arguably how the song would be presented at the Eurovision Song Contest itself.

VRT Tells Us What To Do

Every time a National Final ends, the word goes out that the juries must have followed instructions, because how else could that result be explained. I’m here to let you in to a little secret, VRT did give the jury instructions, and did guide our choices. I’m about to reveal those instructions to you now. Are you ready?

Please try to ask yourself which performance convinced you the most personally, don’t try to think Eurovision.

And that was it. It was Sunday lunchtime, maybe seven hours before the live show, and I had my orders, along with five videos from the Saturday night rehearsal, and a form to fill in that would rank the five songs in order. Notebook at the ready, I worked through the songs. One viewing each to get a flavour and initial impressions. Another viewing to be sure. And then a few videos were watched again to try and break the mental tiebreaks that I had in my head.

Looking back over my notes I can see that all the songs had something not quite right about them. A lack of emotional connection down the camera, embarrassing dance moves, failure in basic stagecraft and blocking, ignoring the camera, a shortage of personal belief, and the sudden appearance of a spider’s web. 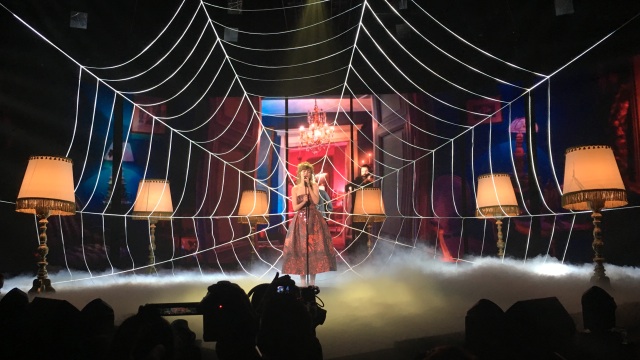 Will we see a finer Spider’s Web this Eurovision seasons? (image: Ewan Spence)

And the lack of socks. Everyone had decided not to wear socks, including the backing singers. And the cameras were making sure that it was obvious on screen that Belgian fashion is all about the lack of socks.

Nobody stood out and made me believe they had the hunger to win. That they wanted to do well, yes, but nobody screamed star power out the screen. But the key was in that jury instruction… which convinced me more?

I had my five. I submitted. Job done.

Some Thoughts On The Process

It’s two weeks later, and looking back on the process I have every confidence that the Belgian broadcaster organised their National Final jury process in a fair and equitable manner. At every stage they were open with me in what they were looking for, and I had some conversations clarifying issues. This organisation is something that’s not seen by the public – all they see is a spokesperson standing up and saying ‘here are the points’.

That said, there are some points that are worth noting about the jury process as a whole, and I would address these to everyone in the Eurovision world, not just VRT

After the event I was able to speak to other jury members and compare notes. I was glad to see that different jury members were presented the songs in a different order to me. Given the implications of sequential order bias in a contest built around rankings, this is a smart move to reduce bias… every song has the chance of being seen last, every song has a chance of being second in the running order.

With five jurors and  five songs it’s possible to give each song an appearance in each running order slot. This would not eliminate bias, but it would share the bias in a more equal fashion for a balanced competition. Where possible, jurors should be presented with different running orders to reduce sequential order bias.

VRT’s show was called Eurosong 2016. It was clear in all the presentations that the process was to find a song to go forward to the Eurovision Song Contest. The invited judges in the studio were directly asked how they thought a song or performance would do at the Song Contest. With Christer Bjorkman one of the judges in the Final answering the host’s questions about ‘how well will this song do in Stockholm?’ it was clear what the show was focused on finding.

So why was I, as a juror, asked to not “think Eurovision”?

This clash feels like the only mis-step of the whole experience. Looking at the decision I made to rank the five songs, if I had been thinking about Eurovision I would have switched two of the entries around. There’s a difference between ‘convinced me personally’ and ‘would do well at the Eurovision Song Contest.’

That last decision is a curious one. Ultimately it did not affect the end result of Eurosong 2016 (I don’t believe it would have affected the results of the UK jury in Eurosong 2016) but it does lead to some interesting maths. If there was one act that had really failed to convince me, but was clearly the best song to enter the Song Contest, I would have placed it last. The close scoring system and small number of jurors would have seen that disagreement impact the UK’s score.

A small number of jurors places a huge amount of power in the hands of a single person. As we’ve seen in the past at the Song Contest, it’s possible for a single juror to impact on the result. This doesn’t have to be in a malicious way, but if someone has a strong feeling about a musical genre being sung (or absolutely hates Finnish punk, Polish milkmaids, or Montenegrin dub-step) that opinion can carry a huge positive or negative weight.

A small pool of jurors will allow for wilder results and possible distortion. Increase the pool and there is less power to individuals and a stronger move towards a consensus entry. While I think the latter is not always the best route for the Song Contest, more jurors ensure a result you can have confidence in.

Irrespective of why the decision to have 50/50 juries has brought in for the Eurovision Song Contest in 2009, the equal split of power between the public and a group experts is now a mainstay of televised reality contests. Many of the issues have been workshopped over many years, many properties, and many real-life scenarios. It is possible to continue to reduce the bias and risk and create a better system, but 50/50 systems are trusted by the public, the broadcasters, and the performers. That’s probably its biggest strength, and one of the biggest takeaways I have from my time on the VRT jury.