This week, the Eurovision world is waiting to hear the running order of the two semi-finals. Previously the running order would have been created through a random draw. Not this year. In the name of making a more entertaining television show, the production team will determine the running order themselves, with a sign-off from the EBU as the only stated check and balance in the process.

There’s a lot of second-guessing going on at the moment, and once we know the running order of the two semi-finals is revealed, they are going to be discussed at great length online. That the human-led running order is going to have an influence on the result is something accepted by almost everyone – apart from Executive Supervisor Jon Ola Sand, who told ESC Insight that “there is indeed no significant statistical impact of the running order on the result” when .

I’m just worried that the whole process of deciding the running order has not taking into consideration one vital piece of information… how people decide which Eurovision song to vote for.

This Is How Sweden Does It For Melodifestivalen 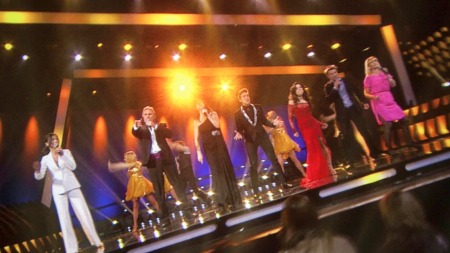 No Crash, No Boom, No Bang, Thomas Hanses (EBU)

Firstly, on where to put the big names, “I liked the idea to start and end the contest with these two [David Lindgren and Ulrik Munther]. Both of them had a major role in last year’s Melodifestivalen, and I think that there’s an apprehension and curiosity accumulated for what they’re going to do this year.”

The most prestigious slot in any variety show is the final act. Not only must it be someone who has the star-power, but their number shoul also create the moment that the whole show leads up to. “I’ve rather aimed for a strong ending energy-wise,” Bjorkman explained in January. “These entries have a strong potential for a big show and will make the end of the programme sparkle.”

So you have a beginning, and an end. What about everything in the middle, how are those decided? “It was fairly easy. Each of the entries have a strong genre identity, this is about letting every song stand out in its position in the running-order. The stronger the genre identity, the stronger the impact of the songs. The line-up is diverse, in a good and fun way.”

Three rules of thumbs from Melodifestival then… (1) strong opening and closing acts which have the public’s attention; (2) a strong ending with lots of energy; (3) have as much contrast as possible between songs.

This matches the thoughts of Jon Ola Sand, who is aiming for “a well composed programme with a proficient mix between the different elements are key factors for a good result.”

If Eurovision was all about showcasing songs, I would have no issue with any of these rules. But as the name suggests, the Eurovision Song Contest is a contest, and the referees and organisers of a contest should take great care to not unbalance the competitive field.

The running order changes continue to be debated, and were tweaked at the recent Heads of Delegation meeting in Malmo. Entrusting the order to human hands (and not a random draw) should make for a better show for the viewers at home, but by following the above principles, the producers may be starting from a false assumption.

Is the correct way to present the competing songs through constant contrast and genre diversity?

How Do People Judge Eurovision Songs?

How people make decisions of personal taste and preference is a huge area of academic study. If you are looking for an overview, a good starting point would be Thomas Mussweiler’s paper on the Comparison Process from 2003.

Two main styles of comparison are identified. Contrast is where people will do a direct comparison of two items, and will focus on the elements that are different to aid their judgement, with the points of difference determining which is ‘better’, while Assimilation will compare similar elements in two items to decide which is the ‘better’ with respect to their shared and similar features.

From what we have read from SVT and the EBU, decisions about the running order for Eurovision are going to be based on the contrast model of comparison, but is this how the viewers at home will be judging the music from Malmo?

Houston, We Have A Problem

To determine this, let’s turn to a study by Lionel and Katie Page, which evaluated the public’s judgement on another popular music-based television show where the public can vote, The X-Factor. Analysing over 1500 performances, over 165 shows, the evidence points to a process of assimilation.

Drs Lionel Page and Katie Page, A Field Study Of Biases In Sequential Performance Evaluation On The Idol Series (Journal of Economic Behavior and Organization (2008).

Anecdotally, this feels right. Think about how people discuss the songs after watching them on TV. Many talk about similar areas: she had nicer hair, the key change was smoother, the ethnic drums had a nice beat. This is the assimilation process at work.

Which gives us a bit of a problem. 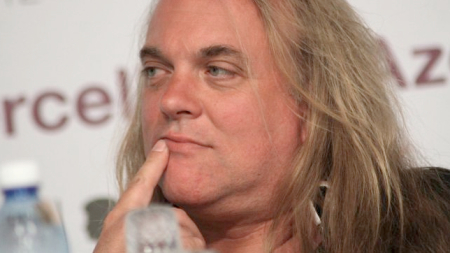 The assumption at Eurovision has always been that you want to have a song in front of you that is slower than your song, that has a weaker singer, or a less impressive stage show. The contrast would make you stand out more. As Bjorkman points out, this principle is already being used by SVT at Melodifestivalen, and as highlighted by the EBU as one of the main lines of reasoning behind the rule change.

“Allowing the producers to determine the running order will help to make more exciting television shows and allows each contestant to stand out, instead of being surrounded by entries in similar style or tempo,”” commented Jon Ola Sand as the rule was .

While it might make for a more exciting television show, the criteria that the production team will be using takes very little consideration of how people will judge and vote on the songs in this year’s Contest. Evidence suggests that viewers are judging the Eurovision Song Contest in a way that is the complete opposite of how the production team and the organisers think they judge the show.

In other word, this emphasis on contrast might have an unintentionally  negative impact on the outcome of the competitive element of the Contest.

One Of These Things (Is Not Like The Others)

By using contrast as the key element to constructing a running order, you will get an entertaining presentation of all the songs at this year’s Eurovision Song Contest. What you do not get is a fair environment which is suitable to evaluating songs and performances on the night.

By focussing on the entertainment part of the experience, the producers are introducing even more bias into the competition, irrespective of the impact that the running order as a whole has. This is bias that does not seem to have been taken into account. The factors that provide the best TV show do not have a natural correlation with the factors that provide the best comparative space to judge the songs.

In this rush to try and make the Song Contest a more entertaining show, the EBU should be striving to be fair and neutral at all times. Even then, many followers of the Contest are expecting to see some form of bias in the running order. The SVT production team and the EBU do not have their heads in the sand, and hopefully have procedures in place to minimise bias effects.

But if the starting point for the production team is contrast, and people are judging by assimilation, these corrections will be worthless, and they could be potentially disadvantage a number of songs in the Contest without even realising.