Behind The Scenes At The Semi Final Allocation Draw Written by Ben Robertson on February 2, 2016

On Monday 25th January Stockholm City Hall played host to the Allocation Draw for Eurovision 2016. ESC Insight’s Ben Robertson was there to find out more about this year’s Contest.

"This piece of junk....it was Finland's idea wasn't it?" (Photo: Malin Marcusson, EBU)

The festivities took place in the superb waterside setting of Stockholm City Hall. This is going to be the location for this year’s Eurovision Opening Ceremony, and it’s going to be a fantastic one at that.

Most well known from the Nobel Banquet each December, the venue is both understated yet glamourous. Almost entirely open-plan, with a huge covered atrium adouring the central courtyard, it’s a great place to mingle which is what we all did on arrival before the draw. EBU staff made small-talk with Reference Group members, as Stockholm City delegates and SVT attendees had chance to casually chit-chat about the busy few months ahead. I may have partaken in some of the free biscuits on offer, after all no mingle in this country is worth anything without some fika.

And the ESC Insight team is definitely looking forward to the Press Centre fika.

If you had tuned into the Allocation Draw live at 11:15 CET, you would have missed a significant portion of the formalities. After arriving at 10:20 to an already filling-up hall, this gave me the one of the first revelations of the artwork and slogan for this year’s Eurovision Song Contest, which lead up the staircase to where the draw itself was held. It provided the great opening question to those pre-draw conversations as we continued the meet-and-greet and just like everybody else I had my snigger at ‘come together’ and at the symbol re-assembling Bulgaria’s Junior Eurovision dandelion. The only difference was my giggles might have been a little too audible to the people who might have designed it. 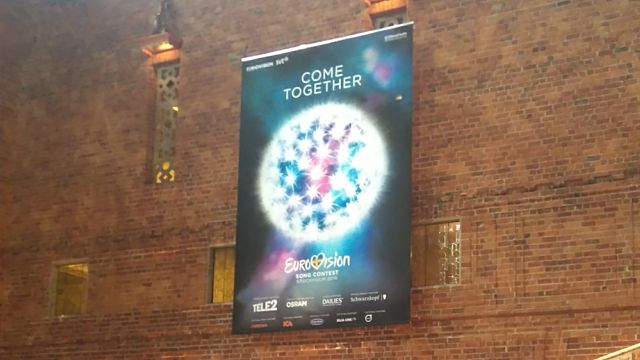 My first view of the logo and slogan for this year’s Song Contest (Photo: Ben Robertson)

Online you would have also missed the actual handover at the Insignia Ceremony. This is a formality when the Eurovision Song Contest is officially handed over from one host city to another, and the actual Insignia is passed over. In many a sense it’s an ugly thing, with each city adding increasingly extravagant fobs to what is effectively a giant key ring. Karin Wanngård, the Social Democratic Mayor of Stockholm, accepted the Insignia after attempting a seamless speech connection between announcing thousands of fans can go to EuroClub with how the city is funding lots more places at Culture Schools. The political points felt rather shoehorned in, but of course have to be included. Hosting Eurovision is a big deal.

After consuming a few too many biscuits we were escorted up the staircase to find our seats for the Draw itself, in the Golden Hall of Stockholm’s City Hall. The room itself overlooks the main concourse and is adorned in beautiful gold mosaics. It raises the regality of the venue a few notches and shows off Stockholm as a city of wealth in the past as well as the present.

The Draw Itself Flashed By

The official highlight of the day was the Allocation Draw for the Eurovision Semi Finals, a process to decide which night this year’s 37 qualifying hopefuls will perform in this year (as well as which Semi Final pre-qualified nations will vote in). The bowls were marked out before our arrival, and the draw process was ready and steady as the executives from SVT and EBU sat expectant to note the outcome as Alexandra Pascalidou and Jovan Radomir prepared to decide each country’s fate. 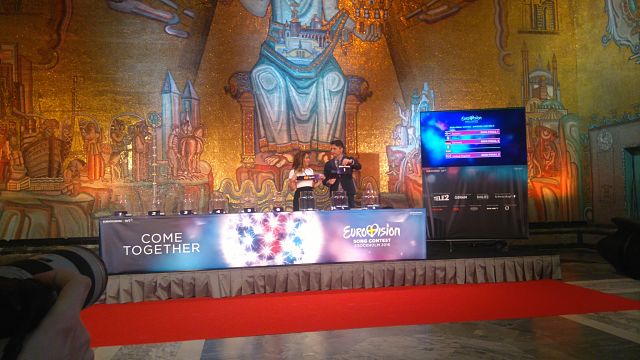 Even before the cameras were rolling Alexandra and Jovan seemed mightly comfortable in their roles, but then again both of them have Eurovision experience and knowledge (Alexandra as Greek commentator, and Jovan from translating ‘Molitva’ into English). Indeed the majority of the SVT team on site were people who had worked on Malmö’s hosting or the intense pressures of the Melodifestivalen circus. This little show was something everybody was more than comfortable in getting their hands on. Most chuckleworthy as usual at these events is Henrik von Zweibergk, SVT’s floor manager for all things Eurovision, who delivers self-depriciating humour that side-swiped Swedish culture in a way to lighten the impatient mood.

The draw itself flashed by. I was wishing, FA Cup style, there would be a few more ooohs and aaahs as some of the Semi Finals came clear, but in person the process from start to end seemed much faster than watching it back afterwards. It is worth remembering that very few people in attendance would be geeky voting pattern experts, and most of those would be on professional duty and couldn’t say a peep. Besides, with the key voting blocs already separated, the amount you can ‘win’ and ‘lose’ on a draw like this is decreased.

“This Topic Of Coming Together”

Post draw, the dignitaries were all invited behind the Golden Hall for a fancy business lunch, leaving the top dogs for quick media interviews. The day’s ceremonies also offer the first public impression for the vision SVT and Stockholm want to create.

I spoke to Martin Österdahl, Executive Producer of the Contest again after Malmö, just after he was being asked how political organising Eurovision was to SVT’s Culture and News team. He started to tell me about the ‘dignity and seriousness that shouldn’t be shied away from’ in producing this great spectacle, but pointing out his aims of also creating ‘great entertainment and great humour.’ 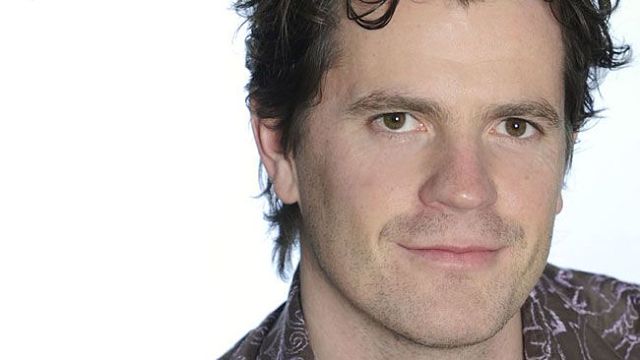 I put it to Österdahl that the theme of this year’s competition extends from the narrative from last year’s voting, as Måns proved to be the fans’ saviour come the end result over the Russian villain. “Everything today,” he continued. “has been on this topic of coming together. This Contest was about exchanging and learning about each other in Europe and the boundaries that separate us. This is the chance to forget about the politics and policies that separate us, come together for a couple of nights, and compete with our artistry instead.”

Never has it been more important for Eurovision to have a fresh start than this year. There might have been whoops and cheers in the Wiener Stadthalle as Sweden overtook Russia, but those tribal moments of Eurovision history need to be moved on from. Come Together is more than Sweden exercising a friendly face to the rest of the continent; it’s the need to make sure Eurovision doesn’t dwell on past bitterness and instead rises ahead as the beacon of artistry and entertainment.

Attending the Allocation Draw may end up being a once-in-a-lifetime experience and it may never be so close to my doorstep ever again. Through attending an event like this you get a true appreciation for the breath of things Eurovision is to so many people. It’s not just about the songs and their successes, but the successes of a national broadcaster, a host city, and how this is projected around the world.

Without the artists in sight the Eurovision world felt far more business like, but needing perhaps a little more flair and razzle-dazzle.

Surely we will all get that when we all come together this May.