The draw for this year’s Eurovision Song Contest Semi Final spots has taken place in Stockholm. Looking at the historical statistics, which countries have the advantage, which are handicapped, and which need to buy a bigger prop piano?

The modern tradition of ‘handing over the keys to the City’ continued today with the ceremonial ring gaining one more key, and the now obligatory slogan for the event. We’ll talk about the implications of ‘Come Together’ at a later date, but it’s incredibly close to Junior Eurovision 2014’s #together, and the dandelion clock logo echoes Junior Eurovision 2015… What’s next to be lifted from Junior Eurovision, the scores being read out in the hall rather than a satellite link? Bidding for the right to host the next Contest? Or Bulgaria entering ‘Where’s My Dress?‘ for Stockholm?

Anyway, the real news for those interested in the competitive element of the Eurovision Song Contest is the draw for the Semi Final.

Tinkering At The Edges Of The Budget

Sweden’s hosting of the 2013 Contest saw the introduction of the ‘producer-led’ draw, handing over the power to decide the final running order to the team running the show. The tensions between ‘TV Show’ and ‘fair Contest’ remain to this day (See my article ‘Can Eurovision be a Fair Contest and a Fabulous TV Show?‘ for more on this).

By drawing out the top and bottom halves of each semi-final’s running order the timetable for each country can start to be put together. The compromise of top and bottom does handicap some countries and benefit others. Generally there will be more qualifiers from the bottom half of the draw than the top. Perhaps the biggest impact for smaller countries is not where they are in the running order, but which day will they need to arrive in Stockholm for their first rehearsal on stage. There’s a big budgetary impact turning up for the first day if you are drawn top in Semi Final 1, compared to finishing the fourth day thanks to a late run in Semi Final 2.

There’s also benefit in knowing who else is in your Semi Final and will be eligible to vote. Diaspora voting means that some countries will be able to start with an assumption of a certain number of points for neighbouring countries (assuming they don’t choose a clunker of a song or performer), while other countries who may not be able to call on historical allies will know where they need to place their promotional efforts. 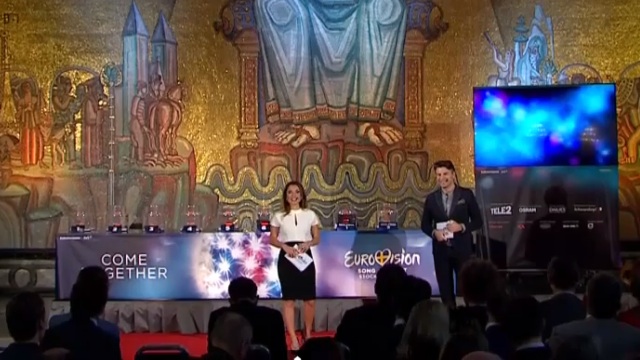 This Is Not Science, It’s A Starting Point

Of course it’s impossible to predict the final result purely from a top/bottom split, but you can create a handicap rating for each country, mixing in diaspora voting, previous trends, and a bias towards songs later in the running order. Feed all of that into our spreadsheets and trackers allows us to see which countries are likely to have an easier time in their respective Semi Finals, which have work to do, and which are going to

Semi Final 1 is curious. Once you assume the ‘hundred percent qualification record’  countries are through, the typically strong countries dominate the top half (notably Armenia, Moldova, and Hungary) while the weaker countries are in the bottom half (Cyprus, Malta, and Montenegro).

The average points score for qualification, which reflects the strength of the semi final, is 74.43 points, and an average historical placing of 10.43 for tenth place.

With an average historical placing of 11.13 for tenth place, and 61.00 points, Semi Final 2 is arguably weaker, but with the inclusion of Australia (no Semi Final history) and Poland (not much history) it’s going to be depressed. Take the two newbies out and it is still weaker, albeit by a far smaller margin.

Australia’s voting pattern should favour the Balkans, with a touch of Scandi and Soviet states. Expect Macedonia to be one of the big winners from Down Under, with Kalliopi’s name recognition provident o be stronger than Ireland (but both should sneak through).

Otherwise this is a more predictable Semi Final, with the stronger countries in the bottom half of the draw, allowing some of the weaker countries such as the aforementioned Ireland and possibly Israel to sneak in from the top half. 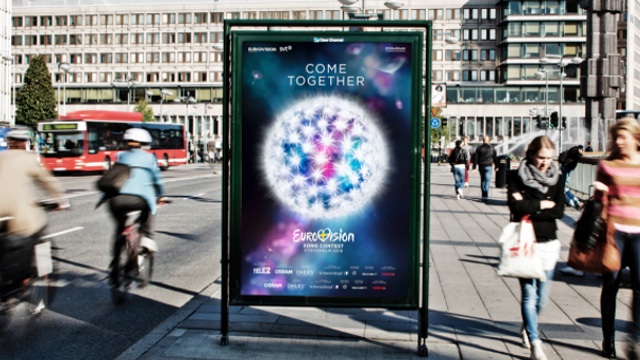 Come together on the streets of Stockholm (Image: SVT)

These twenty qualifying countries offer a starting point for the competitive stories of this year’s Contest. Confidence will be gained by some, a chilling effect will fall over others. Everyone still gets their three minutes on stage, but some of those three minutes are going to carry a lot more pressure than others.

Where their stories progress is something ESC Insight will help illustrate over the next four months.