John Egan looks at some of the more interesting geographical details from the Semi Final Draw.

This morning we saw the draw for semi-final allocations, based on the  pot allocation for the semi-finallists.  The was is as follows: 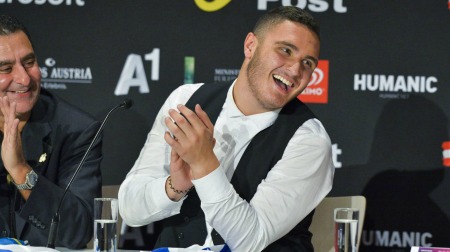 Here are the six pots, the titles of which are somewhat tongue-in-cheek:

There’s not much difference in the Balkan bloc: sometimes Switzerland is included with them, though the mixed jury/televote system has diminished the skew towards ex-Yugoslav entries. Albania is here because of sizable minorities in Serbia, Montenegro and Macedonia. Slovenia tends to support decent entries from the other ex-Yugos, but the love is often unrequited.

Similarly, the Scandi-plus block gets Latvia, since there’s a bit of love between all three of the Baltics. With Estonia skewing towards this bloc Latvia could have been in the ex-Soviet pot, were it not for overcrowding. In fact, if Ukraine hadn’t been returning I suspect that’s where Latvia would be this year–in the ex-Soviet pot.

The other pots are a bit arbitrary. Pairs Plus includes perennial vote swappers Greece-Cyprus and sometimes swappers Belgium and Netherlands (with the Flemish broadcaster in charge for 2016, the argument is a bit stronger… except Belgium’s already selected a song in English). Bulgaria and Australia had to go… somewhere.

Miscellaneous pot 5 has some logic to it. The Lithuanian and Polish diaspora in Ireland means one of those two will always get the top televote score on the Emerald Isle. 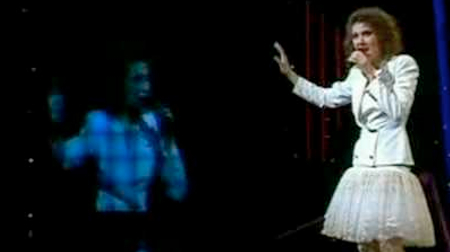 An outlier in the outlier, Celine Dion sings for Switzerland

Also voting in this semi-final:
France, Spain, and Sweden.

Also voting in this semi-final:
Germany, Italy, and United Kingdom.

Israel was previously allocated this semi-final; they drew the first half.

Who’s Been Split Up

Balkan: Split somewhat evenly, though Albania, Macedonia, Slovenia and Serbia are all in the second semi-final. Excellent for Albania (huge diaspora); good for Serbia and Macedonia.

Ex-Soviet: Split evenly; with Russia in the first semi-final alongside Armenia and Azerbaijan. Belarus, Georgia and Ukraine in the other semi-final.

Scandiplus: Sweden voting in the first semi-final helps its three bloc colleagues, Estonia, Iceland and Finland. Estonia and Finland will also help each other a bit. Denmark and Norway will treat each other rather well in the second semi-final.

Pairsplus: Cyprus and Greece in the first semi-final gives them both a potential 12 point boost for qualification.

Miscellaneous: Ireland, Poland and Lithuania are all in the second semi-final is great news for Poland and Lithuania, not so much for Ireland or the other entries. Poland could well start with 20 points, thanks to the Polish diaspora in these two countries; Lithuania could get 10 or 12 from Ireland. UK voting in this semi-final might help Ireland a bit, as might Australia’s presence.

Aside from what’s mentioned pot-wise, we can’t be sure the countries drawn into the second half of each semi-final have much of an advantage. Some will be late in the performance order; others in the lumpy middle around songs 10 or 11. But there’s one extra song in the second semi-final, so those in the first one have a three percent better chance of qualification.

For a more nuanced look at the pot allocation and the semi-final draws themselves, feel free to visit John Egan’s data-driven site, 58points.com.

3 responses to “Drawn out: Splitting The 2016 Semi Final Draw Analysis”