Finding Eurovision Success In The Celestial Jukebox Written by Ewan Spence on July 8, 2021

Following the success of ‘Zitti E Buoni’ at the Eurovision Song Contest, Måneskin has a growing fanbase and are set to take on the world. Ewan Spence looks at how Eurovision artists find new fans and make a direct connection to them through the internet.

Every Friday, the Eurovision community has been drawn to the UK charts to find out how Eurovision winners Måneskin are performing. Now on their third charting single, it’s clear that the Song Contest has allowed the Italian representatives a worldwide platform to build a career on.

They’re not the only ones to benefit; the international nature of the Contest, the community, and the power of music discovery, have all come together to reward many of our Eurovision heroes.

How times have changed.

Following his win in The Hague and the Eurovision Song Contest 1980, Johnny Logan saw ‘What’s Another Year’ chart across Europe, racking up twelve Top 20 appearances across the continent, with seven of them as Number Ones. The potential to be a European-wide success was on the horizon.

For multiple reason, his follow-up songs were not picked up by the very small group of music industry insiders that would anoint him and let him break through. Logan himself has pointed the finger partly at his inexperience, poor management, and a haphazard release schedule that saw his releases compete with each other. Logan failed to fully capitalise on his Eurovision appearance.

He found success in Ireland, and he is a recognisable name in the Song Contest community, but his inability to continue to reach a wider audience reduced his potential.

As the 21st century dawned, the music industry was changing. Content was slowly moving away from being found on physical medium and into the digital realm. 1998 saw the release of the Diamond Rio PMP300, arguably the first commercially successful MP3 player. With 32 MB of storage the thirty minute capacity was enough to start Canute like court cases and legal challenges on ‘format shifting‘ that mostly failed; and the market for digital players opened up.

For consumers, the hardest part was finding music for their new players. Ripping their existing media and copying the resulting digital files over was one option, the internet was opening up another option. Music sharing applications operated in legally dubious territories, but services such as Napster, Limewire, and Audio Galaxy offered a way for the intrepid user to find new music from around the world online.

No longer were you left hoping your local record stores would be able to source a copy of the artists you saw on the Eurovision Song Contest before the end of the summer. Instead you could go online and start hunting that night. As the years progressed, our Eurovision performers could bypass the usual tastemakers as the public were able to find their music though other routes.

We’ve left that Wild West now; the dream of ‘The Celestial Jukebox’ has become a reality. Though online subscription services we have access to an absolutely mammoth library of music online, available to listen to in a handful fo seconds. 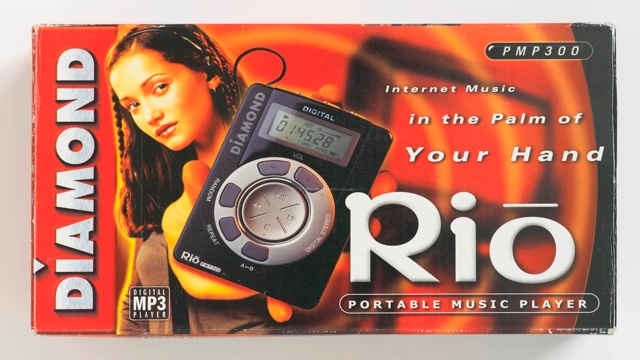 Thanks to the likes of Spotify and iTunes publishing various charts, and the official website has gathered together the current positions in the various charts for the Eurovision 2021 performers. Don’t forget this is some six weeks after the Contest and only looks at the competing songs, but our performers are still riding high in July.

There are very few options for a Ukrainian artist to be noticed on the world’s musical stage. Go_A, much like Maneskin, are breaking records for music from their native country. Look through the rest of Eurovision.tv’s list and you’ll see the pattern repeats for many of our artists. The Eurovision Song Contest 2021 has given them a platform to showcase themselves, and our online world has allowed them all to build on that platform.

All because the music is easily accessible.

It’s absolutely wonderful for the Contest to have not just a single song, but the performer break though into the public conscious. It’s something that rarely happens and should be celebrated, but I want to look not just at Måneskin becoming a legend, but the tiers just below that, the tiers that allow an artist to have a comfortable career with a wide fan base.

To do that you need to reach as many people as possible with your music, and stay connected to them.

This is one of the big differences in the modern Song Contest. Finding the music you love is far easier than it was even ten years ago. You can be watching the Contest, and bookmarking the artists as they leave the stage… not the individual song.

At the end of the Contest you have your favourite artists, access to much of their discography, and a stronger emotional connection to the music. And the artists have a massive boost to their fanbase, no matter the final result on the night.

Which Eurovision artists have you followed online? What classics are hiding in their previous albums? And who from years gone by would you have followed on the night?  Let us know in the comments.