Coping With The Covid Contest: The 2021 Artist Experience Written by Sharleen Wright on May 13, 2021

ESC Insight’s Sharleen Wright looks at the expectations set to keep artists safe at this years contest, and examines what struggles that may lie ahead for them in dealing with a year of change.

Let’s face it, 2020 was a dire year for everyone, punctuated by the cancellation of our beloved contest. Whilst 2021 is faring little better epidemiologically, we have at least had the shining beacon of the Eurovision Song Contest to look forward to – as promised by organisers, no matter what the circumstances. We are now here, we are seeing the run-up play out, albeit mainly from the comfort of our homes and screens, but nevertheless it’s happening. We can’t be displeased, our hopes and dreams are coming to fruition. But that dream despite its shiny surface, is not all sunshine and lollipops under the Covid cloud.

As fans, we like to wax lyrical on the mythical concept of PED (post-Eurovision depression), but for the artist the missing of an event, or an event not taking place as normal is a real and recognised struggle. The social psychology department of the University of Louisville released a study last year on the effect of cancelled sporting events for athletes, and they found the uncertainty as well as the cancellation of a big event, such as the Olympics, leads to a grieving process. Professor Michael Cunningham:

“You can peak at a particular point in your life, and you know you’re at your physical best and you just want to find out if it’s golden. If you never know, that is always going to feel like an unanswered question.”

This experience would surely ring true for many of those artists selected last year but not representing this year.

The one act currently in a unique position is Montaigne from Australia. For the last two years, she has worked towards the main event and gone through the exact same process as the acts now preparing for the live show in the Netherlands; selecting a song, building its aesthetic, undertaking press commitments and filming music videos. The preparation however all was suddenly halted in April when the tough decision was taken by the broadcasters’ risk assessment team not to attend the Song Contest. This was shaped by the fact that Australia has a very low COVID infection rate and remains closed off to the rest of the world with most of the population unable to travel outside its borders.

Whilst Montaigne will still be competing via the ‘live to tape’ recorded back in March, the musical journey is over – she is unable to craft, develop or deliver her act in its full pageantry as it was conceived; it doesn’t culminate in the physical release of standing on a big stage in Europe and performing her entry. If she qualifies from her semi-final, she will also be denied that shared moment of joy with her fellow contestants as well as the wider audience. But because of how the Contest works, she still needs to undertake the other aspects such as media, thus delaying the process of closure on something that now has essentially ended for her 2 months ago.

Over the past few weeks since the announcement, despite the initial brave face and official press release quotes, fans have seen the emotional toll play out in real time on her social media. She hasn’t been shy in sharing those traumatic moments, and we can empathise, but few would truly understand the predicament she is facing. We greatly hope that there is a support structure in place for her.

Obviously under these circumstances, the Contest as we knew it just two years ago doesn’t exist – the delegation playbook has to be thrown out and re-written. For 2021, each countries’ delegation is reduced to a maximum of 20 people (down from 38), so beyond the artists, styling team, choreographers, media personnel and head of delegation, there is likely little room to bloat that out with potentially partners, family and friends who may prove a comfort in this high-pressured situation. This leaves the other members of the delegation and organisers responsible for closely monitoring and triaging any possible stressful or distressing situations.

Reaching out to the EBU on the matter, Communications Lead Dave Goodman:

Should any delegates wish to speak to a mental health professional about their experience during their time in Rotterdam that will be arranged. The health and safety and wellbeing of all those attending the Eurovision Song Contest is our top priority.

Everyone working in the Ahoy Arena, including crew, artists and press, undergoes testing regularly in a special facility next to the arena. And the consequence of a positive test for anyone in that delegation is that the participant will be unable to perform live as a result and the backup recording will be used. This results in added pressure for each entries team – no-one wants that to happen, everyone will be playing it very safe to not be exposed and not to be that person that ruins the (covid-safe) party.

All members of the delegation are expected to stay in their hotel, except when they travel to Rotterdam’s Ahoy Arena for rehearsals, the live shows and other programme related activities. 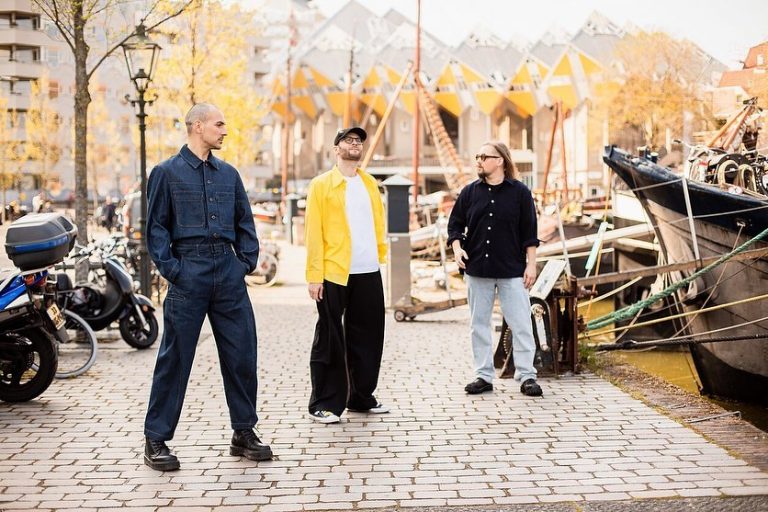 Enjoying a stroll along the streets of Rotterdam (Photo: The Roop, Facebook)

Whilst on the ground, many of the other aspects that are typically used as self-care are also restricted to the delegation, such as activity-based strategies including staying active and the ability to potentially eat well. Artists and delegates do not have access to the likes of gymnasiums to let off steam, but they are allowed to take daily exercise such as walking or riding a bike outside as long as they wear masks and remain at the standard 1.5 metre distance from others. It is also recommended that all meals be eaten within their hotel, delegations are not allowed to take any public transport and must avoid using any other public facilities such as restrooms.

The Value In Shared Experience

For someone very extroverted and invested in the idea of everything the event entails, this years’ Contest could serve as moment of disappointment. A sense of community feels somewhat lost in 2021, and feelings of isolation could set in. According to clinical psychologist Ami Rokach in her study on the effects of social isolation, loneliness is not synonymous with chosen isolation or solitude, but rather, loneliness is defined by people’s levels of satisfaction with their connectedness, or their perceived social isolation.  Given the unique position Eurovision artists are placed in, it is only natural to gravitate towards those who also have the same experience – someone you can bond with that understands exactly what highs and lows come with this game.

But what was the April Preview Party season of travel is gone; a time when artists not only had the ability to gather steam in a media sense, but also to forge friendships and musical collaboration opportunities.

This will be further exacerbated by the lack of opportunities to connect in the Contest environment this year. No parties, very few gatherings; there will be a little sense of deprivation about Eurovision 2021.

Experiences may be limited to a chance meeting on a walk around Rotterdam, a glimpse of someone in a hotel foyer, or a view from the side of stage waiting for your turn to rehearse. Just as it was before arriving into Rotterdam, the best chance to connect in any meaningful way, like everyone else across the world, remains online. 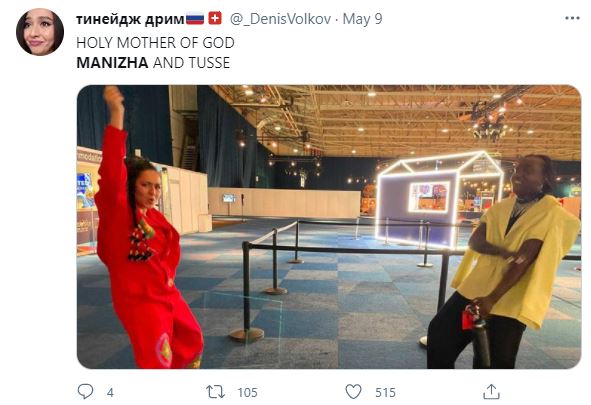 The one scheduled event will be on the Sunday 16th May before the Contest kicks off on TV; the ever-present Opening Ceremony on the blue carpet where artists will appear to launch the shows and introduce themselves to a wider audience. There will be interviews, as well as official speeches from the host city of Rotterdam with delegations present in the same room for the first time – but it is not a social occasion. For the rest of the time, we picture the artists locked away in their hotel rooms, and despite sharing corridors and being mere metres apart, having to limit themselves to zoom calls, text messages and social media posts.

Nevertheless, all these elements are there for good reason; protecting ourselves from Covid has meant everyone has had to adjust expectations and behaviours across all facets of their lives, and the Contest is no exception. I think everyone who has an affinity with the event, the artists especially, would feel that they would rather have something than nothing. But ultimately, you want such an experience to not be a burden or a threat; instead, a source of happiness.