The EBU’s Eurovision network is not just for the Song Contest. Every January 1st, it carries the New Year’s Day Concert from Vienna’s Musikverein. Ewan Spence looks at the history of this grand tradition, and what to look out for in the 2020 Edition.

Here’s the thing. I don’t know when I realised that the New Year’s Day concert was ‘a big cultural moment’, let alone that it had an association with the Eurovision Song Contest. With the Song Contest it’s easy to know when it all started because ‘One Step Further’ is stuck in my head as an early memory (and I have the 7-inch single from April 1982 to prove it).

For me, the Concert has always been there.

Of course it hasn’t always been there. Vienna has been hosting various New Year’s Concerts from 1838 with the Hofburg Court Orchestra at the Royal Palace. But the one that has lodged in the international consciousness is the Concert put on by the Vienna Philharmonic in the Golden Hall of the Musikverein Concert Hall.

December 31 1939 saw the first Concert, with the second Concert taking up the January 1st slot a year and a day later in 1941. Given the dates you might be wondering the driving force behind the first Concerts. The BBC’s Petroc Trelawny explains:

…the idea of a seasonal Strauss gala really gained traction when the Nazi party’s cultural commissars hit upon the idea of a unifying event that could be broadcast live across the Third Reich. The concert moved to New Year’s Day in 1941. …When the war ended, not a beat was missed – the concerts simply continued, their awkward history quietly forgotten.

Although the origins are rarely mentioned, the Concert itself has had an unbroken run, with the 2020 Concert representing the 81st edition.

You’re Going To Hear A Lot Of Strauss

The New Year’s Day Concert is very much at the lighter end of classical music, and is driven by a wide range of bright polkas, marches, and waltzes by Johann Strauss and his sons. As The Johann Strauss Society of Great Britain neatly sums it up, “The Strauss family was the principal contributor to the genre of Viennese light music.”

It’s not exclusively a Strauss concert, so you will hear other composers, but the majority will be Austrian, with a few notable exceptions in keeping with that year’s theme.

Getting Into The Hall

If you thought getting tickets to the Eurovision Song Contest was hard, then it’s a walk in the park compared to the New Year’s Day Concert. If you’re looking to attend then prepare to enter a ticket ballot more fraught than your OGAE fan package scramble. You need to register your interest with the Vienna Philharmonic Orchestra in February the year before you want to attend, and hope you are lucky. Given the huge demand from around the world, and a capacity of 1744 seats and around 300 standing places, competition is high. 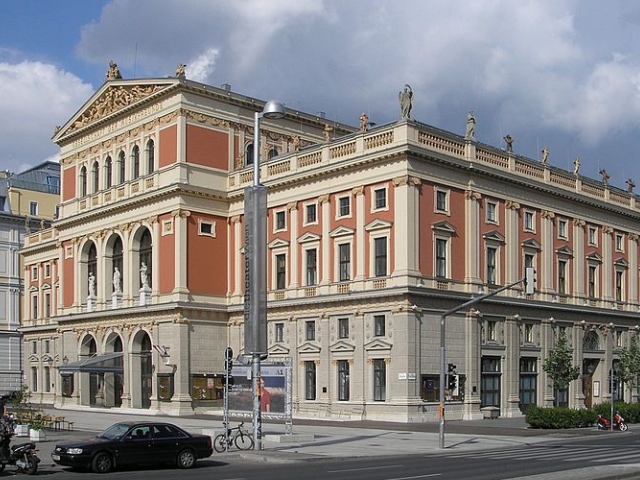 Prices start at 35 Euros right up to 1200 Euros for the New Year’s Day Concert. You also have the option to going to the earlier performances. The televised Concert is the last of three public performances, with a Preview Concert on December 30th and a New Year’s Eve Concert on the 31st.

Broadcasting Around The World

The New Year’s Day Concert is not only a musical tradition in Vienna, but a musical tradition around the world. Austria’s ORF produces the televised broadcast (for the 62nd time), and it has been carried over the EBU’s Eurovision network since 1969. For 2020, 42 members of the EBU will air the show, including both Belgian broadcasters (VRT and RTBF), all three Swiss broadcasters (SRF,RTS, and RSI), and Turkey’s TRT. Over 50 other broadcasters will also carry the Concert, and it is expected to bring in an audience of over 40 million viewers.

Check your local listing for details, and remember that the Concert starts at the traditional time of 11.15 CET.

The Spotters Guide To The New Year’s Day Concert

Turning to Concert itself in general, and the 2020 Concert in particular, what should you be watching out for?

You have to start with the Hall itself. Imagine a shoebox with perfect acoustics, with church-like pews in the stalls and a tiered gallery seating at the higher level. And gold. Lots of gold. The sort of levels o gold that seem almost Presidential. Except here it works and feels appropriate. 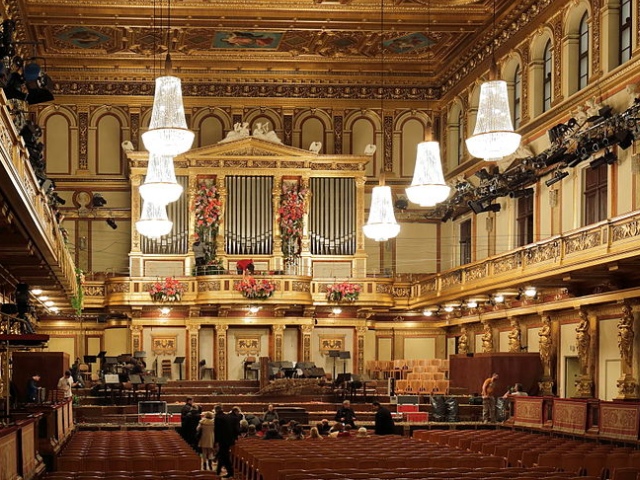 For the first forty years, only three Austrian Conductors held the baton for the show (Clemens Krauss, Josef Krips, and Will Boskovsky’s unbroken run between 1955 and 1979). Since then the conductor has changed each year, although a number of conductors have returned, notably Lorin Maazel.

In 2020, Andris Nelsons makes his debut. Born in Riga, the Latvian conductor is the current music director of the Boston Symphony Orchestra

A Birthday Party For Someone Else

Of the five ‘Not-Strauss’ pieces this year, the most intriguing is going to be the first appearance of Ludwig van Beethoven in the program. To celebrate what would have been his 250th birthday this year, six of his Contredanses will be performed. These are not without an Austrian flavour though, as they were composed for the Viennese Balls while Beethovem was living in the capital city.

Some Ballet For The New Year

Where the Eurovision Song Contest has the interval act, the New Year’s Day Concert has the Ballet performances. Coming from the Vienna State Ballet (and, whisper it, recorded in August); three couples will dance to ‘Seid umschlungen, Millionen!’ (‘Be Embraced, You Millions!’) by Johann Strauss II, with two further couples dancing to the aforementioned Contradanses in Vienna’s Beethoven Museum.

Like any good live performance the encores are planned out in advance, and tradition plays a huge part in the last twenty minutes or so of the Concert. You’re going to get three encores this year, and I can tell you about two of them, because the first encore is simply not announced.

Much like the Eurovision Song Contest fans know that when the points come to an end there will be a rousing cheer for the winner as the song is reprised; the New Year’s Day Concert fans will have the comfortable cloak of ‘The Blue Danube‘ as the second encore. Yes, that one from ‘2001: A Space Odyssey‘ (which I suspect my younger self latched on to the Concerts as a ‘thing’).

But where Kubrick is slow and leisurely, the Vienna Philharmonic inject so much pace and life into the piece it is transformed. Plus they do the full ten minute version.

And then… it’s the ‘Radetzky March‘. Put simply you either know how this one goes and what happens in the Musikverein (including an object lesson in how to conduct an audience), or you’ll fall in love with it this year.