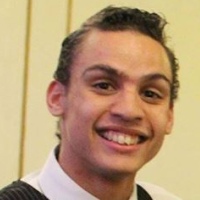 Guest writer Elliot Harris takes a closer look at Malta’s new strategy for the Eurovision Song Contest, and what it would mean to the island and to Eurovision if the Adult Contest headed to the Mediterranean.

Malta is a place known to regular people for sun, history and a snack called Twistees. It is a lovely little island in the heart of the Mediterranean, popular with both tourists and Crusader knights. Eurovision fans know Malta as the country which genuinely loves the Song Contest. Its National Final season is appreciated beyond the island’s borders for its duration and the amount of local advertisers (everything from bank accounts to fridge freezers get their fair share of air time). And yet, despite iconic artists such as Ira Losco and Chiara, the island nation is yet to secure a victory.

So, Malta has decided to explore a new strategy.

For 2019, Malta has taken a massive break from the usual selection routine and ditched the long lasting Malta Eurovision Song Contest for a brand new reality show format. Ok, so the ‘new reality show format’ is the X Factor, but this is the first time that the global favourite has been run in Malta. The series was announced in June, when it was also revealed that the winner would be flying the Maltese flag at Eurovision 2019. It is a break with tradition that was meant to create a new, competitive edge to the delegation.

The casting rules for the first series of X Factor Malta excluded a lot of fan favourite artists, such as Brooke Borg, Deborah C and Kevin Borg. Despite the initial kerfuffle, this was an astute move. The big risk for any broadcaster holding a national selection is that the show is won by someone who has been around for a while rather than the most competitive song. A good example of this is Ira Losco who won in 2016 with ‘Walk on Water‘; a much-loved entertainer with a generic song. If a format switch turns out to be an effective way to shake out the ‘queuing system’ then look to a couple of other countries to do something similar in the coming years.

The first year of X Factor Malta has given us Michela Pace. The relentless pace of live performances on X Factor Malta showcased her range and tone while also giving her stage experience. She auditioned with Bonnie Tyler’s ‘Total Eclipse of the Heart’ which gave us the first glimpse of Michela’s characteristic ‘vocal crack’ that she has gone on to use to great effect in her Eurovision entry. Her vocal style is radio-friendly and is much closer to chart acts like Dua Lipa and Anne-Marie than anything from the Maltese Eurovision vault.

The Maltese delegation has also teamed up with recent Eurovision powerhouse producer/songwriter collective Symphonix to find a song for Michaela. Symphonix are generally in tune with the current pop vibe of the contest – they’ve had three top five results in the past 3 years (Bulgaria in 2016 and 2017, and 2018’s jury winner with Austria) However, they had a lowly 18th in the final in 2018 with Bulgaria’s Equinox and the song ‘Bones‘ as well as two non-qualifiers in 2017 with Serbia (Tijana’s ‘In Too Deep‘ and  F.Y.R.O. Macedonia (Jana’s ‘Dance Alone’) proving there’s no easy route to Eurovision success.

Doesn’t a nation best known for sending ballads deserve some love for changing direction? 2019’s ‘Chameleon‘ is a reggaeton-flavoured bop and Malta should be applauded for bringing chart-friendly sounds to the contest.

The first rehearsals on the ground in Tel Aviv showed some deliberate styling and staging choices. The look is fresh and colourful — pure Instagram influencer — right down to the comfortable pastel-coloured athleisure worn by the dancers (picked up from Melodifestivalen) and Michela in white. The graphics are done by the team behind Jamala’s memorable staging in 2016 and the whole set-up is choreographed by Ambra Succi, best known for staging Loreen’s game-changing ‘Euphoria’ in 2012.

Interestingly, Destiny Chukneyere, winner of Junior Eurovision 2015, features in the performance of Chameleon as an off-screen backing vocalist. She’s long been tipped as Malta’s first winner of the grown-up Song Contest, so Destiny being part of the delegation could be read as a way of easing her into the lead role.

The whole package reads like a statement of intent and looks like a well-flowing cohesive unit, but is something which could sneak an unexpected win? In this year, who knows?

The Importance Of Junior Eurovision

While Malta is yet to host the Eurovision Song Contest, the island nation has hosted the Junior Contest twice. The two hosting gigs showed that it can cater for different sizes of contest: in 2014 the expansive Mata Shipbuilding yard in Marsa played host whilst the contest was moved to the smaller Mediterranean Conference Centre for 2016. The most likely venue for a Maltese contest, the MFCC (Malta Friars Convention Centre) has been home to their last two previous national selections, and also successfully hosted the X Factor Malta live shows.

The sun, history, and popular snacks comes with a good attitude towards equality. Malta ranks highest in Europe for LGBT rights and freedoms according to the ILGA Rainbow Europe index. So, we have good weather, an interesting destination that is easy to access, a reasonable cost of living, LGBT rights, good venues, and a national that is super-enthusiastic about the Song Contest.

Can we bring Eurovision to the Maltese shores for the first time? In an open year like 2019, Malta is a delightful 2020 day-dream, but first ‘Chameleon‘ needs to win.

One response to “Let’s Go To Malta: The Case for Chameleon”