We’re off to Eurovision Island, Maltese Style! Written by Ewan Spence on December 18, 2013

“The European Broadcasting Union is delighted to announce that the 2014 Junior Eurovision Song Contest will be held in Malta!”

Well that didn’t take long. Just eighteen days after Malta won the Junior Eurovision Song Contest, the EBU have confirmed they will host the twelfth edition of the Contest at the end of 2014. This will make them only the third winning country to host the subsequent Contest – while JESC does go out to tender the new procedure gave the winning country first refusal/preferential bidding status.

As expected, Malta have grabbed this with both hands, as quickly as possible.

This will be the first Eurovision event that Malta has hosted, and a major event for the mediterranean island. In light of this, the EBU and PBS have noted that there will not be a traditional host city – instead the whole country will be the host… in other words, a Eurovision Island (thanks to Luke Fisher for that one).

The precise date and venue will be announced at a later date, but the contract is signed. 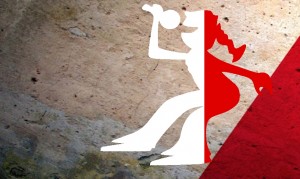 Welcome to the Junior Eurovision Island