As the open rehearsals come to an end we get our look at the Big Five and our Israeli hosts. In the latest newsletter, John Lucas looks at the acts that are automatically through to Saturday’s Grand Final. Who’s on course and who has more work to do?

The clear standout of the auto-qualifier rehearsals yesterday, Bilal’s aspirational anthem Roi has been given every opportunity to succeed by the French delegation. His vocals sound much stronger than the national final, a subtle remix has given the song more energy and the presence of two captivating onstage dancers communicate the message of the song effectively. Some of the other big 5 delegations should definitely be taking notes…

The home nation has suffered a fair amount of blowback from fans at home and abroad for following Netta’s bold modern pop with this old school stage ballad. However, to the production team’s credit, they’ve polished this stage show to near-perfection. It’s still a rather dated effort, but there’s a package here that could appeal to enough voters for Israel to avoid the bottom five. Considering the form of recent host nations, that’s a minor victory in itself. 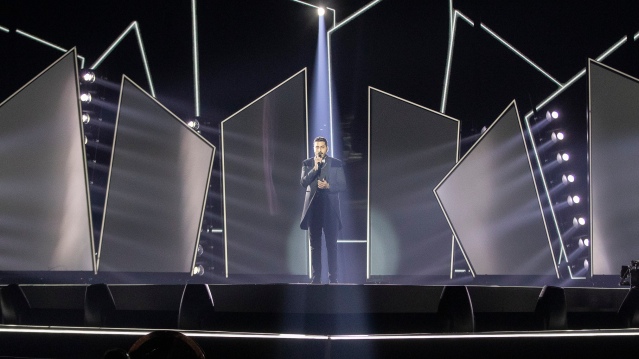 Italy are wisely keeping things simple for the stage performance of Soldi. A combination of animations and some well-chosen English language translation appear on the LED backdrop to assist with storytelling, while Mahmood delivers a confident performance that feels more like a star turn at an awards show than a Eurovision hopeful fighting for attention in a field of 26.

After a welcome return to the top five in 2018, poor Germany look to be on a collision course for the bottom five again this year. The song remains as limp and lifeless as when it inexplicably won Unser Lied für Israel, and while the girls are delivering perfectly serviceable vocals, they’re left adrift by a dull and unimaginative stage show that ends with the ultimate admission of modern Eurovision defeat – the unearned Golden shower effect. 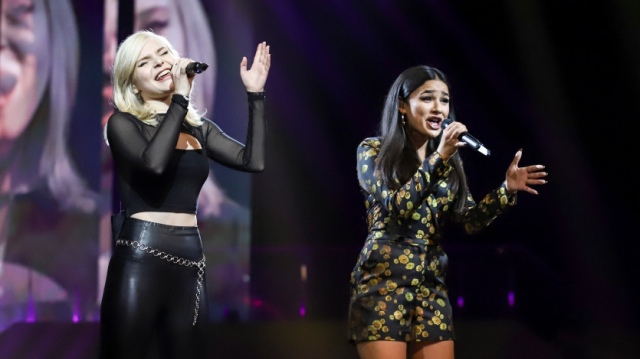 In the absence of a party anthem from Israel this year, Spain’s summery Iberian bop could fill the void quite nicely. Miki is certainly delivering on the energy, but the stage show feels seriously over-cooked. There’s flames, an oversized dollhouse, an actual wickerman and a lot of quite frenetic running about. There’s lots to enjoy here, but the overall impression is that a little bit of streamlining could go a long way.

They say that the accepted definition of madness is doing the same thing over and over again while anticipating a different result. In the case of the United Kingdom, they seem to be stuck in a feedback loop of vaguely aspirational balladry. Everything about Michael Rice’s staging screams ‘X Factor Winners Single’, but sadly the overall effect is more Ben Haenow than Leona Lewis. He’s a gifted singer and by all accounts a lovely chap, but a fresh approach is needed.

You can stay up to date with all of the latest Eurovision news and analysis right here on ESC Insight. Sign up to the newsletter here, and you can also follow us on Facebook and Twitter.