Going into rehearsal week, four of the top five songs in the betting odds are participating in the second Semi Final. So it’s safe to say that there’s a lot to play for across this first set of rehearsals for next Thursday’s show. In the latest newsletter, John Lucas rounds up the acts that hit the ground running… and the ones that still need to put in a bit of legwork.

Azerbaijan are well known for throwing everything including the kitchen sink at their performances. Featuring lasers, robotic arms and a surprise leaping holographic patronus, it’s fair to say they’ve lived up to expectations this year. As always, it’s right on the verge of messy, but Chingiz’ confidence, charisma and the quality of his song mark this as a real dark horse for the year. 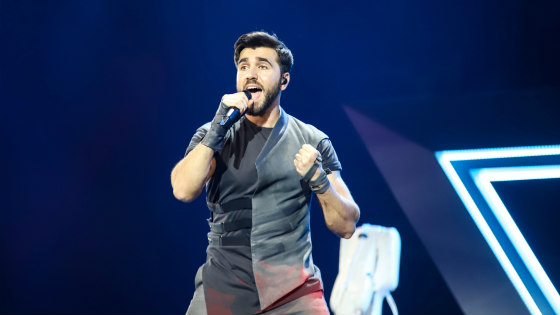 In a semi final packed full of big hitters, Austria’s low-key effort has been widely expected to fly under the radar. However, Pænda’s first rehearsal was a surprise highlight of this semi. Vocally pristine and packed with emotion, there’s a real chance that this could cut through the showier numbers and sneak across the line.

Tamara Todevska is one of the strongest vocalists in this year’s competition, and the spare, elegant staging of Proud gives her all the space she needs to knock it out of the park. Between the hotly tipped Dutch performance and the glorious kitchen-sink techno stylings of Azerbaijan, this performances oozes enough class to more than hold its own.

After a rare misfire in 2018, Armenia have come to Tel Aviv with an entry that feels precision engineered for Eurovision success. On paper, it’s all there – hooky chorus, diva vocals, belting key change… but there’s something about Srbuk’s performance that isn’t quite connecting yet. Opening up a very eventful semi final, there’s a real danger this could be forgotten by the end of the night.

Covering a weak song with a memorable stage concept is one of the oldest tricks in the Eurovision book, but Moldova’s decision to recycle Ukraine 2011’s sand art staging – even down to using the same artist, Kseniya Simonova, smacks particularly of desperation. The visuals remain stunning, but they leave singer Anna Odobescu feeling like a guest star in her own performance. Lightning doesn’t seem likely to strike twice here. 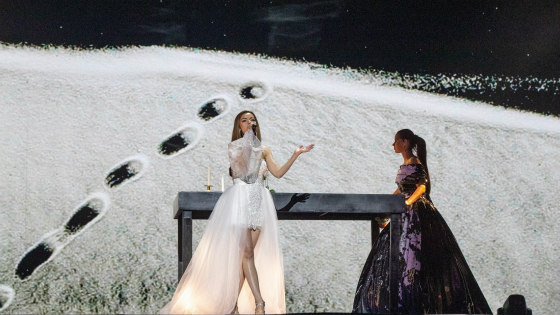 Blame inflated expectations for this. Sergey Lazarev’s theatrical comeback effort Scream has divided fans from the outset, but it was always taken for granted that Russia would deliver a truly unforgettable stage show. The animated hall of mirrors effect they’ve come up with is certainly slick, professional and dramatic – but it isn’t quite the wow moment that it needed to be to convince us that this can go all the way where You Are The Only One couldn’t.

You can stay up to date with all of the latest Eurovision news and analysis right here on ESC Insight. You can also follow us on Facebook and Twitter.