As Israel’s hosting of Eurovision 2019 comes into focus, Sharleen Wright takes a personal look at the Eurovision Song Contest’s role when hosted in difficult destinations.

As the Eurovision Song Contest gets ready to descend on Tel Aviv, many have begun to air their personal views on the State of Israel and whether they feel it is a destination that the Song Contest (and hence the artists and fans) should attend. This is not the first time that the Contest has made the journey to Israel, nor is it the only location that brings up the uncomfortable question of attending in a ‘difficult destination’.

Israel has previously hosted the Eurovision Song Contest twice without consequence, but admittedly at a time where Eurovision was essentially a very different beast on a much smaller scale. We do however have similar instances over the past decade of what we shall dub ‘modern Eurovision’ (ala the large venues, public tickets, Euroclubs and Euro Villages); Russia in 2009, Azerbaijan in 2012 and Ukraine in 2017.

The Junior Eurovision Song Contest has just as much history of travelling to such ‘difficult destinations’ in its 16 year history as its older adult sibling.  That Contest has visited the previously closed Belarus, Armenia, Georgia, and Ukraine twice, including in 2014 when those in attendance actually witnessed the beginning of the Euromaidan uprising in the surrounding Kyiv streets.

There is no doubt that whilst several fans attended those locations listed above, some chose to stay at home. 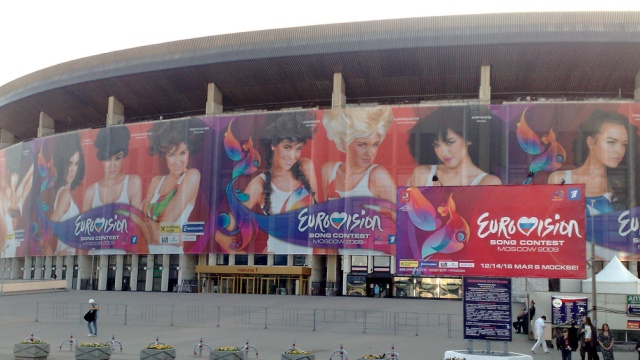 When Moscow hosted the Song Contest in 2009, many concerns were aired in regard to the rights of the LGBTQI communities and the recent conflict in Georgia (which also saw that country removed from the competition when entering a politically charged song).  In this way, very little has changed for the nation of Russia should it potentially win and host now. The EBU deemed it fit to host then, and the country managed to put on a show that was one of the biggest and most extravagant. On the ground, whilst there were some protests, it provided a positive environment for most who were in attendance, without many of the security concerns people believed would be present.

Whilst we focus on Israel this year, under scrutiny it would be hard to find a single destination which has a clean record when it comes to human rights, the environment or any other big societal concerns. If we take out nations who have a history of corruption, human trafficking, anti-homosexuality acts, forced labour or imprisonment of minorities, we would be struggling to take a holiday at all. 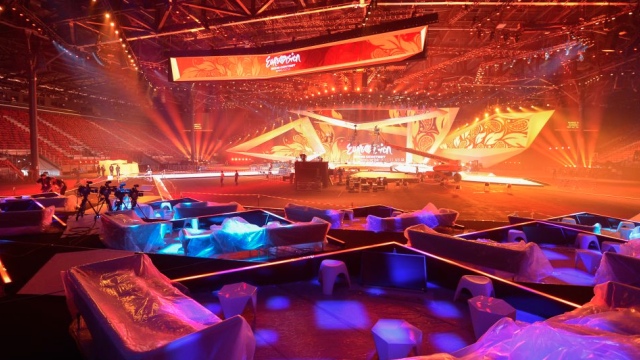 Operating with these high moralistic intentions, given much of society’s dissent of US President Donald Trumps policies, do we as people stop travelling to places like Hawaii, Las Vegas or New York?  Annual visitation records show it clearly not to be. When examining even more politically challenging locations such as China, we see year on year growth of 30 percent, and figures from the United Nations World Tourism Organisation show that Iran has four percent tourism growth. Simply put, the passion to travel outweighs whatever outrage many may harbour in passing thought, and the curiosity to explore new locations, to learn and connect with people beyond normal circles kicks in.

Ultimately, everything needs to be weighed up. Reflecting on the political issues of a nation (which is separate to safety), one must understand that ‘Government’, the concept of ‘State’, and ‘The People’ that reside in it are very different things.

The Icelandic entrants for 2019, Hatari, have made it clear that their participation is fraught with such contradictions, no matter where you choose to travel.  Lead singer Matthias Haraldsson in his interview with the Independent:

Clearly there’s a huge distinction between the actions of the Israeli state as an institution, at which criticism is directed, and the Israeli people. You can sign up to a contract that says you’re not allowed to be political in the competition, but if anyone thinks they’re going to Tel Aviv without a political message they couldn’t be more wrong.

Under examination, there is no such thing as a truly ethical destination. There is no harm in having an opinion and exercising it, nor are there issues with taking on board concerns of safety, and subsequently choosing to then stay at home.

Travel should generally be enjoyable, light-hearted and carefree. It should also be life changing – an opportunity for learning about other cultures and histories. I have chosen to go to Tel Aviv, because I believe it is beneficial. I want to know more, I want to understand. As someone in the travel industry, I have an innate sense of curiosity and wish to visit new locations, such as Israel.

The best trips you take will most likely have some effect on you, having thoughts and perceptions reshaped by what you witness personally, not what you receive second-hand from the likes of a guide book or a news broadcast. What I see, the people I meet, the experiences and locations I visit, will all ultimately shape my beliefs on a nation. In this instance, there is the chance to make a broader perspective your favourite souvenir.

When a country with concerns wins the Eurovision Song Contest, it is up to the European Broadcasting Union to examine the safety concerns, not its political environment, religious beliefs or human rights records. In this way, it stays true to the foundations of the Song Contest, to overcome and use music as a method to actually bring people together. We need to have faith in this, just as we have faith that the participants will uphold the rules of the show.

There is nothing inherently wrong in wanting to be part of that moment or experience. Likewise, if you choose not to be part of that, it is a worthy decision you can make for whatever reason. You shouldn’t be demonised for either choice.

The Eurovision Song Contest is the medium by which I get to view such destinations.  My own attendance at the Song Contest revolves in around being a fan of music and also a reporter of the event.  I am not a political expert; I am not skilled or knowledgeable enough to comment on local affairs, war or geopolitics. The experience of Azerbaijan’s hosting in 2012 whereby many in the press centre were questioned about what we thought of Armenia continues to leave a bad taste.

Eurovision travelling to a country where such concerns lie shines a spotlight on the destination, and it’s the host nations chance to show itself to the world.  Journalists with a background in politics have the chance to report on the country through the lens of the Song Contest.