Following on from Sharleen Wright’s look at what makes a successful National Final, guest writer  GertJan Waterink makes the case for Internal Selections.

Waylon's back to The Netherlands in 2018 (Thomas Hanses/EBU)

All 41 entries are known, the first favourites are bubbling up to the surface, betters and traders are working long hours, and Juke Box Jury is back in session. Looking back on the more successful National Finals gives us an idea of their importance as a showcases for local music.

As a Dutchman however, the memories of the Dutch songs from the early 21st century National Finals leave me with a bitter taste. For The Netherlands the ‘Nationaal Songfestival’ is very much deeply buried in the Eurovision Song Contest graveyard. The national broadcasters, first NOS, then TROS, lost the power to keep up competing with better music productions like The Voice (created by Dutch media mogul John de Mol). Not to mention the Dutch audience, who at times seems to have a rather lethargic and questionable taste in electing a competitive entries for the Song Contest

I feel more comfortable with the current selection format that The Netherlands have adopted since 2013. That resulted in a ninth place and was almost perceived as a victory (that fact alone should ring a bell). Since then things have gone more smoothly,  not just at the Eurovision Song Contest, but also in the Dutch music charts. More and more Dutch artists, both well-known and relatively unknown, are aching to use the Song Contest as a platform for their music.

An internal selection, although it isn’t the most democratic format to say the least, has some built-in advantages.

First of all, there is a creative argument on why an internal selection should be considered. Sometimes a National Final simply doesn’t do any favours in representing the best of national music scene.

It is true that Melodifestivalen offers a platform to a long list of Swedish artists. There’s a clear idea behind the whole concept. For record companies Melodifestivalen has become a business interest , almost as much as audition shows like The X-Factor and The Voice. The production is tightly knitted together with extensive TV scripts. And yes, it’s an event the Swedish public and media love!

But in some instances it might feel a bit too calculated, too polished. Most entries in this year’s Melodifestivalen were wonderfully staged and found its way in the Swedish charts. But can a song like ‘Too Late For Love’ really become a bigger hit across the continent? Have we heard another ‘Euphoria’ or ‘Heroes’ as of late?

To me a National Final should be a platform for more musical genres than the ones that are guided by a big record company or a tightly produced format. How would songs like ‘Calm After The Storm’, ‘1944’ or ‘Amar Pelos Dois’ fare in a line-up like the one from this year’s Melodifestivalen? Perhaps they would do well, perhaps not. But SVT could, or should, look a bit more outside the box for new music styles and genres. 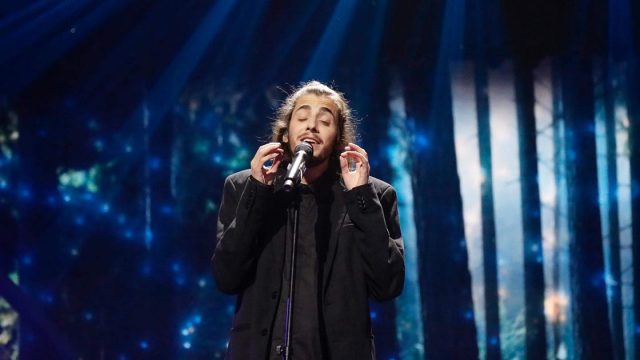 With an Internal Selection, a broadcaster can steer the country towards one specific music genre. It can be perceived in the media as both daunting and daring: risk over calculated efforts, exclusion of the public vote instead of including them.

After a whole decade of misfortunes for The Netherlands, it was exactly that kind of behaviour needed to get one of the founding fathers of the Eurovision Song Contest back on track. In the event Europe was introduced to new music that at first seemed very a-typical.

Looking At The Cost

Participating in the Eurovision Song Contest by only focusing on a less complicated internal selection is not just desirable from a creative point of view, it can reduce the financial burden to (smaller) national broadcasters, For The Netherlands for instance, which has the added disadvantage of being part of a complex public broadcasting system (AVROTROS is not a task-based ‘state’ broadcaster like NOS, it depends on funding from its members) the internal selection method proves cheaper.

For the 2016 Song Contest, the cost was estimated at €550.000. For The Netherlands these costs were roughly divided into two parts:

…a €250.000 ‘entrance fee’ payable to the EBU (which varies from broadcaster to broadcaster, taking into account the member’s relative financial status. That part is paid by the umbrella organisation NPO that (financially) oversees the task of every member-based broadcaster, like AVROTROS.

…€300.000 investment costs from broadcaster AVROTROS. This is paid for by contribution fees from its individual members (almost 700.000 individual members) and investment returns from publishing materials (online and physical). These costs can include (but are not limited to) hotel accommodation, staffing costs, creative costs, and promotional material.

In an environment where smaller broadcasters are struggling to get the financial budget approved for a Eurovision participation (such as those from Bulgaria, Bosnia-Herzegovina, Croatia, Portugal, Cyprus, Serbia who have all skipped Contests in recent years), an internal selection is one option to reduce costs, albeit the participation costs in May remain.

SVT’s Melodifestivalen and SBS’s Australia Decides have proven popular to fans and offer a national showcase for those who enter. They are powerhouse productions that can easily compete with the rush of reality-TV singing shows. But are John Lundvik’s ‘Too Late For Love’ and Kate Miller-Heidke’s ‘Zero Gravity’ really this year’s frontrunners from a creative point of view? Are they really the entries that will come out on top in this year’s ESCtracker?

Of do this year’s Internal Selections have the upper hand when it comes to YouTube hits, betting odds, and Spotify streams? These all factor into creating hit potential. The Netherlands (Duncan Laurence with ‘Arcade’), Switzerland (Luca Hänni with ‘She Got Me’), Cyprus (Tamta with ‘Replay’), and Greece (Katerine Duska with ‘Better Love’) all offer something that makes them stand out with a bang at this very moment.

Improving The National And International Platform

For me the Eurovision Song Contest is a destination for European music, and not just National Final winners. Lately the Song Contest has leaned into reality TV tropes to generate more excitement and entertainment (such as the changes to the voting announcements). Perhaps it is time for the European Broadcasting Union to focus the Contest more on being a competitive music platform rather than light entertainment. What about adding a worthy financial cheque to that trophy? And silver and bronze medal recognition for all those runner-up’s and 3rd placed entries?

By doing so the Eurovision Song Contest could become an important platform for European music: for European newcomers and for European talent that otherwise would not make it within the framework of a tightly produced and record company-supported national final. Such entries tend to be more riskier, especially musically, but that makes the Eurovision line-up more diverse.

Obviously you can’t have all 41 nations to have one singular selection format. But having two broadly different approaches (National Finals and Internal Selections) maintains a certain degree of musical diversity on the Eurovision stage.

Internal Selections have the advantage of directing the focus of a national broadcaster and the selected artist. This can improve the status of the Song Contest at a National level and that of the local music scene. It can pave the way to re-introducing strong National Finals in the long-term. Or it can mix all of these.

The Internal Selection process is just as important to the ebb and flow of the Song Contest as a National Final.