Dare To Dream: The Issue Of Eurovision’s Affordability Written by Sharleen Wright on February 28, 2019 | 2 Comments

A live show ticket package? 1000 Euro… Cost of shared accommodation for a fortnight? 1200 Euro…. Flights from Australia to Tel Aviv?  1300 Euro…. The chance to be at the worlds’ greatest song contest?  Priceless.

But, is it worth it? Sharleen Wright examines the costs of the Eurovision Song Contest in 2019.

Long before the curtain rises, The Eurovision Song Contest 2019 has already gone down as the most expensive Song Contest I have ever planned to attend.

Even though I hail from Australia, a country that is financially well-off when compared to most of Europe, the total cost of attending this year is the equivalent of every cent I earn in three months wages.

Given the popularity of Netta, before ‘Toy’ had even hit the stage in 2018 I started doing my research for whether attendance would be on the cards, reserving my 2019 annual leave, and saving for it started shortly thereafter.  I’ll be honest, the temptation was great to just pack it all in and take a trip around anywhere else in the world for a month and still have a lot of change left over.

Tel Aviv was never going to be cheap, as the cost of living in the city is the 31st highest in the world. Drawing up your budget, you will have to note that just the simple expenses such as day to day transport and food will likely set you back upwards the equivalent of 40 euros per day.  Compared to the likes of London, even a McDonalds meal will be 75 percent higher than what you would normally pay, and if you plan to drink, set aside around 10 Euros for a beer in a bar.

Tickets For The Greatest Show

As the public sale of tickets for the Eurovision Song Contest begins, the sheer fact that the ticket prices are roughly three times more than Lisbon’s is a hard pill for fans to swallow. With just 1500 positions in the arena available for international fans travelling to Tel Aviv, and no guarantee that one can get their hands on them, this is a fraught few hours for fans hoping to be in the audience.

This year, the official Eurovision website took the extraordinary turn to respond to the initial outcry over the ticket prices.  It claims on their ticket information page, “Being in the audience of the Eurovision Song Contest, while Europe and the world are watching, is an experience of a lifetime!”

The costs set are essentially marking attendance at the shows as a premium product, and just like the claims of a Mastercard advertisement, you cannot put a price on something that goes beyond being ‘just an event’, for most fans this is the key moment in our year.

OGAE fan clubs managed to secure around 500 ticket packages for it’s members, well down on previous years and in no way met the demand for this years contest.   However, even this information is misnomer, as the portfolio has split Jury shows and Live shows into two different packages.  With many opting only to attend the live shows, hundreds are likely to miss going to Eurovision altogether as the availability is so limited; and those who are lucky will have to be willing to spend up to 1000 Euros on the experience.

It seems that whilst the costs set for ticketing are not what we the fans would see as acceptable, they are not unreasonable. Even if we can’t afford the experience, rest assured they will be someone that will take up the chance to get themselves into one of the 4300 positions available for public on any given show in the venue.

It’s Bigger Than Us

It’s not just the fans who are feeling the heightened costs. As a host nation, Israel has the most to lose.  The broadcaster has already gone on record to say that ticket costs are in line with expenses, but it never expected them to be covered in full.  Financially, the cost of hosting a large-scale event is in the tens of millions.

Lisbon, with a good tourism infrastructure and venue in place still cost in the order of 23 million euros to make it happen  Despite what was seen as a low cost and low impact Eurovision Song Contest, it still failed to turn a profit in the immediate aftermath.  This has been the case for the majority of host nations that have hosted in the past decade.

Essentially, placing the Song Contest circus into a city like Tel Aviv is going to be a tough act to balance.  This years budget for the Israeli hosting is currently set at 28.5 million euros. Whilst the city itself is financially strong, the last time the nation hosted in 1999 the Contest was a very different beast; the stage and production was on a much smaller scale, it was a one-night affair, in an auditorium in Jerusalem that held 3000 invited guests. Even with all the consultation and notes that are provided to the winning delegation by the European Broadcaster Union, it was always going to be a steep and challenging learning curve to find enough resources to make the event happen at the quality that has come to be expected. 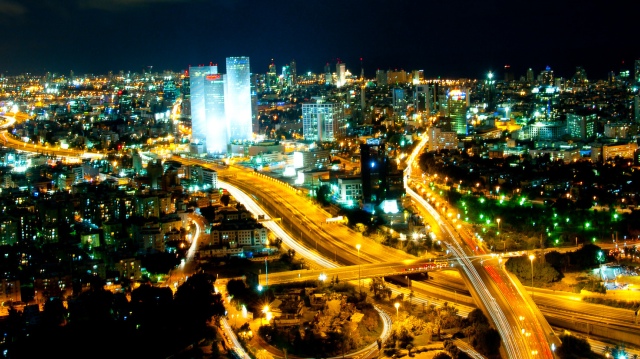 Tel Aviv was rightly selected as the best option to host the Eurovision Song Contest compared to the city of Jerusalem which hosted in 1999. Certainly the venue option Jerusalem offered – Pais Arena – was the best as it would comfortably have held over 10,000 people. But the winning elements for Tel Aviv are the nearby international airport, a well-developed public transport systems, a more secular community, and far more options for accommodation.  What we lose is the capacity to attend – in comparison, Tel Aviv will offer just 7,300 seats in total; the smallest venue for the Song Contest in two decades.  The city government however will try to compensate for this by providing multiple locations for any visitors to celebrate, with the promise of the biggest Euro Village ever.

But even those positives are not without their problems – with just 6,000 hotel rooms in the city limits holding 14,000 beds in a time of year where traditionally they are at a 84 percent occupancy rate, it’s going to be a tight fit.  May is traditionally a time when long-running business conventions are held in the same location, hoteliers are struggling and at odds trying to keep their regular business and benefit from the Contest being held in the city. 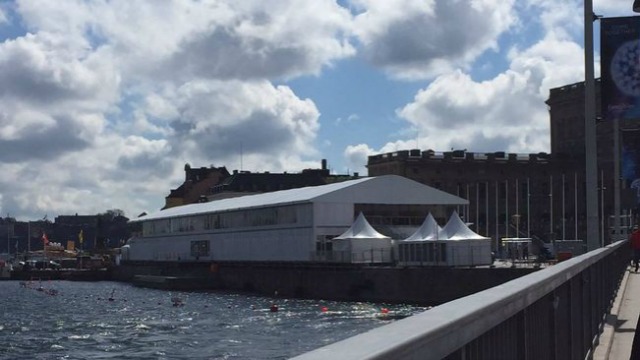 Sweden’s Euroclub was a purpose-built temporary venue in the heart of Stockholm’s old town.

The provision of security has also been high of the list of priorities given the country’s security concerns, as well as stage invasions in the last two Eurovision Grand Finals. Israel’s Channel 12 reported that this has resulted in additional security measurements being put in place for the 2019 show that has both reduced the capacity of the venue and will feature as extra funding items on the budget for the broadcaster despite it being a State concern. And if the staging of Eurovision in Tel Aviv will have many areas and venues for fans to attend outwith the main show’s venue, this means even more need for security resources.

Looking at all of these concerns, it’s understandable that some guarantee of return is needed for a country that is heading towards what is a risk to its ‘destination reputation’ and almost guaranteed to be a financial hole for accepting the challenge of hosting.

Israel instead would surely be looking at this as a much bigger picture and a long-term gain. Let’s remember that the Eurovision Song Contest is a TV show first and foremost, and the money spent on it to be beamed into millions of households is an investment. The immediate game will not provide a return and bowing to fan pleas for lower priced tickets or extra seating is not going to make a difference – except where mainstream media may negatively report on its procedures and events. The ultimate aim is to have national imagery displayed that will hopefully entice many to visit its shores long after we have all gone home.

As for us, the fans, we should also look at this from a wider perspective.  I have surrendered myself to the fact that it is expensive, but I look forward to being in the company of my Eurovision family for that special time of year, and the opportunity to discover more beyond the walls of a press centre and see a new country that has long been on my wish list.

So whilst it is wonderful to think of the Eurovision Song Contest as ‘our’ fortnight away, it should be the crescendo, not the whole song.  The European Broadcasting Union is right… it is an experience of a lifetime, one which some people are lucky to have more than once.  Perhaps it’s not an affordable option for many this year, but it could be in years to come.

2 responses to “Dare To Dream: The Issue Of Eurovision’s Affordability”