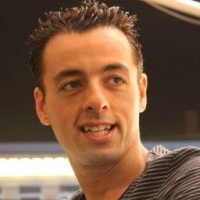 Consider The Human Factor In The Eurovision Juries Written by Nicky Teare on May 7, 2018 | 3 Comments

The jury voting at the Eurovision Song Contest is designed to be a counter to the public televote. But jurors still watch the same show, with the same barrage of songs, as the public. Guest writer Nicky Teare looks at Eurovision’s jury system and how jurors can change their mind.

Every year fans of the Eurovision Song Contest will make many ill-judged predictions. While some suggestions can be taken with a pinch of salt, other predictions lean heavily on the assumption that certain songs will be popular with the judges. Is this the case though, or are the juries as wildly unpredictable and random as us voters at home?

According to the rules of the Song Contest, the jury members “are asked to judge the vocal capacity of the singer, the performance on-stage, the composition and originality of the song and the overall impression of the act.” These guidelines lend their votes a sense of thoughtfulness, especially when contrasted with the supposed knee-jerk reactions of televoters.

To set the scene, imagine we are watching the Grand Final of 2017 and that I’m reaching for my phone to vote for Spain.

You will express disbelief, but I am casting my vote ironically and I also have a weakness for boys in Hawaiian shirts. You will point me towards your favourite from Hungary. You will heap praise on the deep vocal tones, its originality, and the native language rap fusion on display, but all your enthusiasm will count for nothing. Objectively speaking, Hungary is far more complex, original, and worthy of my vote – but I will still vote for Spain for the lulz and the Hawaiian shirts.

The jurors were put in to balance out this sort of behaviour. Yet, somehow, nearly a quarter of all jurors decided last year that Spain was better than Hungary. Another example would be that twenty precent of jurors in Semi Final 2 of Eurovision 2015 concluded that San Marino’s ‘Chain of Lights’ was better than Latvia’s characterful ‘Love Injected’.

Jurors brings their own subjective feelings to a process. Perhaps each jury is just made up of 5 people who rank the songs using as much, if not always identical, bias as the rest of us? The main difference is just that their personal opinions are given hundreds of thousands times as much weight as ours.

To try and get an insight into how the juries work in real life, I contacted several ex-jury members, including Mary Hammond who served as a chairperson for last year’s United Kingdom jury. Mary is a renowned singing teacher and vocal coach, and come to the contest with a wealth of experience.

We discussed why Mary’s votes changed between the Semi Final to the Grand Final. She had Portugal 15th, Sweden 13th and Moldova first in the semi-final. In the Grand Final she placed Portugal first, Sweden third and Moldova fourth. When asked about the changed responses to these songs, Mary explained that it was partly due to performances changing, but also that “time and reflection made me think carefully after the dress rehearsal, having been bombarded so quickly by so many songs”.

To judge the composition and originality of a song, we may conclude that it is helpful to hear the song more than once. Have jurors heard the songs prior to the Semi Finals? There are no rules requiring them to be familiar with the entries before the Contest. Surely one simple change would be for the EBU to helpfully send the jurors all the songs and ask them to listen to them a few times. This would help the Song part of the Contest immensely.

Mary went on to say that “I am used to judging competitions in varying situations – however I feel the process is far too quick for serious consideration”. She also says that “at the final performance it was easier to get your head around an overall standard and judge accordingly”.

There are many reasons why voters at home may or may not vote for so-called complex songs. I think the jurors themselves may suffer from some of the very issues that their introduction was meant to counter.

Whilst there has been a large degree of concordance over recent years, the juries and the public have also disagreed on a number of songs, leading to the idea of a “jury” type of song. However, this is hard to predict. Often it is with hindsight that we decide that the juries were always going to like a certain song.

2015 still astonishes me. In a rare moment of accurate forecasting, I thought Måns would win the Eurovision Song Contest. However, the path to victory I envisaged for him was a very strong televote with a decent score from the juries behind something like Italy. Instead, the juries seemed to fall in love with Måns and gave him a landslide win in their side of the vote. Italy topped the overall public vote by some distance, with Russia in second, but the Italians struggled with the juries. This was something I had not seen coming. 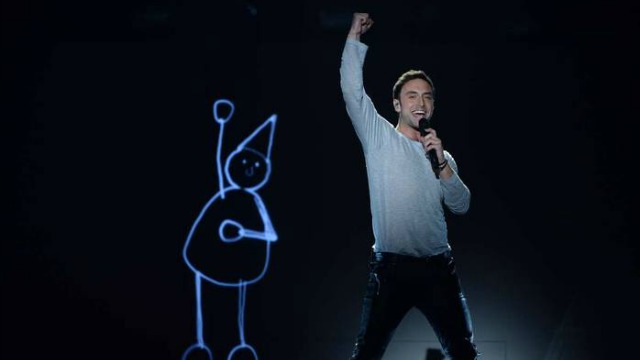 The use of projection screens has seen a notable uplift since Måns Zelmerlöw’s victory in Vienna.
Photo: Eurovision.tv

2017 saw the jury and the public in general agreement with the top two, but I do not know how many pundits would have predicted that Sweden’s so-called “generic pop” would finish a healthy 3rd with the juries. Trying to ascertain who the juries will go for this year isn’t easy. Many plump for Estonia, but given the outcomes of 2015 and 2017, I wouldn’t be overly shocked if Sweden were in the lead at the half way point.

A key moment in life is realising that really no one has a clue and we’re all just winging it to a large degree. I think jurors are often like this. It takes a huge amount of confidence to go with your own view as a juror. If you know your fellow judges are voting for “lovely” Måns and he’s favourite for the contest, it’s easy to vote for him. If your fellow countrymen are laughing at Poland’s Michal Szpak, then it’s easy for you to ignore him – even if you think he delivered a great performance. It is much harder for you to put Poland top three and risk ridicule from the internet.

So, are the juries fit for purpose? The EBU clearly are open to amending the system when they see issues – the new exponential jury ranking method unveiled last week is an excellent example of this – so perhaps the EBU like the slight chaos of the current set up and the unpredictability it does bring to the Eurovision Song Contest. The juries are seen as quality control of sorts: a method to ensure good songs and strong performances are rewarded. There are no objective criteria that you can come up with a perfect jury result, but you could at least hope that each juror had given all songs due consideration.

We shall see what impact the juries will have on the 2018 result.

3 responses to “Consider The Human Factor In The Eurovision Juries”