Serving On The Melodifestivalen Jury And Signing Up For Secrecy Written by Ben Robertson on September 5, 2016 | 1 Comment

In September 2015 Ben Robertson was lucky enough to be a part of the selection jury (urvalsjuryn) for SVT’s Melodifestivalen 2016. In the first of a three-part series about the experience, he looks at the process of joining the jury and how the jury goes about selecting half of the songs for the Swedish spectacular.

We all know the reputation that Melodifestivalen has amongst Eurovision Song Contest fans. If you polled everyone on which National Final was the greatest, it would take a minor miracle for Melodifestivalen not to win the vote.

It is an extravaganza. It is the most watched show in Sweden for six long winter weeks, with some of the biggest pop stars and hottest new music taking part. It isn’t unknown for all of the competing songs to hit the Swedish charts post-contest and to hit the playlists of Eurovision fans for years on end.

The music that doesn’t reach the competition also is also legendary. Thousands of songs are entered each year, and with such a small number selected for Sweden’s battle it’s no surprise some turn into chart hits and Eurovision successes for other countries.

Being involved in hearing all of these songs, months before release, and being able to influence which are selected, is surely one of the geekiest and most fascinating things for anybody involved in the Eurovision world to do. It was therefore an honour to accept the invitation when I was asked from Christer Björkman to be a part of it.

Everybody Can Be A Melodifestivalen Jury Member

To say I was invited to apply for jury service is a little bit of a stretch. Traditionally some time soon after the songs have been selected each autumn, a SVT article reveals the names of the jury members for that year. At the bottom of the article, it says you can email Christer Björkman in June if you are interested in joining the selection jury for the next year (but you should wait until June the following year to do so). So I did. In fact I have done each year I’ve lived in Sweden.

It should be noted here that the 2016 information for the selection jury did not include this phrase about emailing Christer Björkman for a place. The make-up of the 2016 jury was typical of the wide cross-section of people involved each year. The 16 people came from SVT backgrounds, radio backgrounds, Melodifestivalen backgrounds (worth noting that my biography names me as a member of Melodifestivalklubben rather than anything else), music students and some casual viewers. It was certainly diverse, with a mix of males and females and ages ranging from 19 to 60.

Some people on the jury have been members numerous times before, for example Ken Olausson who covers Melodifestivalen in-depth for QX magazine. Robert Sehlberg has Eurovision experience as one of Sweden’s jury members in 2014 (1st place in the Grand Final to ‘Calm After The Storm’ and last place to ‘Slavic Girls’ for a reference point). His day job is as the manager of hit radio station MTG Radio. The most recognisable face on the jury would probably be Edin Jusuframic, the talented background dancer used in seemingly every Melfest number, and even appearing in Eurovision interval acts this year including ‘Love Love Peace Peace‘. 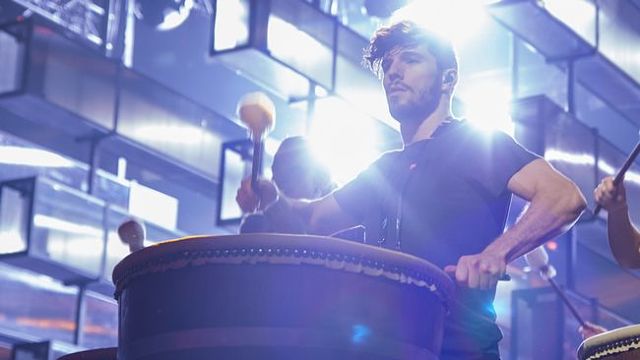 Anyway, in June 2015 I got a reply from Bjorkman and before the summer was over I had an email from Anette Helenius, Melodifestivalen’s Project Leader. This was the invitation to being a part of the jury.

We were to be required for six days from September 22nd to September 27th. That’s such a big commitment that SVT feel it necessary to award some compensation costs to the attendees. This amounted to 5000 Swedish krona (just over €525), a not insubstantial award for taking up people’s hard earned time.

Before we arrived at TV-huset in September we have to provide SVT no only with our bank details, but also a signed secrecy agreement. After all the whole show relies on suspense and the drip-drop revelation of information up until the live broadcast. The songs are kept as huge trade secrets and any leak of information is a national crisis.

By signing this, I was confirming not to publicly reveal any information about the work of the jury, the songs selected, or the artists mentioned. Nothing. It even reveals that it could result in a 500,000 krona fine for each act of secrecy breach. Ouch.

Before you think I’m risking my entire financial savings (and then some) on what I’m revealing here, you can relax. The secrecy agreement lasted only until the 1st June 2016. That being said some secrets did leave the room well before this date. For example Edin and Ken podcasted together before Eurovision, where they revealed that Azerbaijan’s entry ‘Miracle’ was a reject from our jury room, with Molly Petterson Hammar singing the demo.

This went further than just not revealing anything. In practice this mean no information was allowed to leave the room in any way. We were never given any electronic copies of songs, all were played from laptops SVT staff had full control of. Also SVT provided us with our own notebooks, which had to be returned each day. Nothing could leave the jury room in any form – this was a safety first approach.

The Mission Of A Jury Member

Attached alongside our jury secrecy contact was our mission statement. This came in the form of a letter from Anette explaining our role for the jury work. 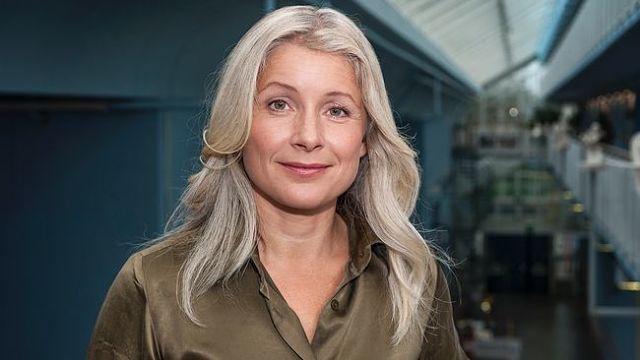 On the most part this is unremarkable. It outlines the huge importance of our work to find songs that will be big hits in Sweden beyond the Melodifestivalen circus. Furthermore it reminds us to respect everybody’s opinion and to motivate in discussions why we may like or not like a song.

Our criteria for being on the jury and for picking the fourteen songs (remember by SVT’s rules the selection jury picks half of the songs, with SVT selecting the other half) were also provided. They were:

Feel free to discuss these in the comments but a few things stood out to me, such as the lack of exact definitions. We should consider that Swedish language is important, but it doesn’t define an exact number of such songs to be selected. It also doesn’t state that there is a need for a schlager song, pop song or rock song by name each year. A mix of genres is hugely encouraged, but not a mathematical requirement.

One point of contention is the idea of thinking of Melodifestivalen as a TV entertainment show. While it most certainly is that, as a jury member I felt uneasy with this interpretation. We are ensuring the best quality competition, so need to find the best technical songs, and the TV show setting will be placed around them. For me personally this was the wrong way around.

Another startling revelation here was that as a jury we would get information about the artists. Our artist selection should include the fresh faces and seasoned veterans in a roughly equal measure. But surely, as a jury, we would just be listening to the songs and just judging them? As I later found out we did hear information about the artists involved in each act.

The point in this criteria checklist that really opened my eyes though was about the point of Melodifestivalen being a television show that encompassed all as a wide show for all types of people in Sweden. Because of this, one or more of the songs we chose should be in some way surprising, and in some way provocative.

This suddenly makes it clear how some beautiful but very deep texts always seem to squeeze into the final 32 or 28. Songs like ‘Pappa‘, ‘Där och då med dig‘ and ‘Spring för livet‘ which lyrically are hard hitting in ways only Melfest can produce. Equally this criteria explains the trashy equivalents of ‘Mirakel‘ and ‘Groupie‘ being big parts in the TV extravaganza purposely to generate those love/hate responses.

With a role like this to fulfil, balancing the plain, the crazy, the old, the new, the ballads and the party, it’s easy to see how tough our job was going to be, but also how there is really nothing quite like Melodifestivalen.

On Tuesday 22nd September I arrived at the TV-Huset on the east side of Stockholm bright and early to start the work. The hours were long, starting at 09:00 and finishing at 18:00, and we were warned we could be there until the late hours on the last couple of days if we were not close to making a decision. However I was about to embark on one of the most fascinating insights of Melodifestivalen’s secrecy, and no late nights would dampen down that excitement.

In part two of this Melfest Jury series, we’ll share what happened inside SVT’s back rooms, the discussions taken between jury members and how the jury selected their final fourteen. Come back to ESC Insight next week to find out more…