You can listen to the ESC Insight podcast online, add the RSS Feed to your favourite podcast application, or click here to follow us in iTunes and never miss an episode.

Nicoline Refsing’s work will have been seen by almost every Eurovision Song Contest fan, but only the very sharp eyed will have spotted her name in the credits. As the creative forced behind Rockart Design she has contributed to the staging of a number of recent entries in the Song Contest, and was the Creative Director and Content Producer for Copenhagen 2014.

Ewan caught up with her in Stockholm, ahead of this year’s Contest, to talk design, staging, vision, props, and big clumpy boots on tiny singers.

During Stockholm 2016, Ewan Spence talked with Creative Designer Nicoline Refsing about Eurovision visuals, stage direction, and some controversial changes that could help the Song Contest. 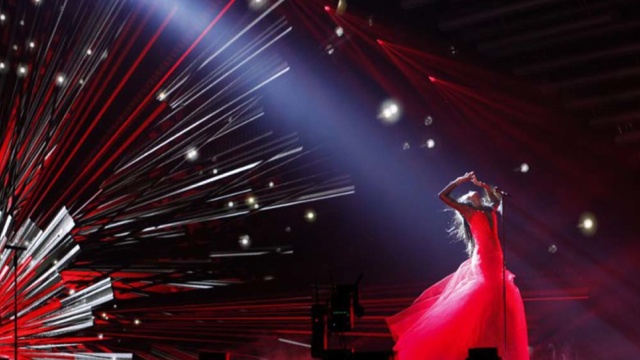 Love Injected, with a bit of help from Nicoline Refsing

As we head into the quiet summer, keep up to date with all of the Eurovision news by subscribing to the ESC Insight podcast and our daily shows. You’ll find the show in iTunes, and a direct RSS feed is also available. We also have a regular email newsletter which you can sign up to here.