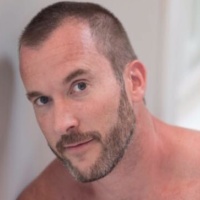 How To Lose Thousands Of Pounds Betting On Eurovison Written by Daniel Gould on May 25, 2016 | 1 Comment

The new voting system created a huge amount of tension at the end of 2016’s Eurovision Song Contest. We all felt it, but perhaps not as much as those sitting at ‘The Traders’ Table’, where the Eurovision betting community had gathered for two weeks of action. Sofabet’s Daniel Gould looks back over the season, and the frantic few hours that finished it off.

The view from the Traders Table (photo: Gavin Lambert / ESCtips.com)

Petra Mede and Mans Zelmerlow were going to announce the winner of the Eurovision Song Contest for 2016. In those final few minutes before he last televote scores were revealed, I faced the possibility of winning a low five-figure sum on Ukrainian victory, nearly double that amount on Australian success, and a four-figure loss on the mother of all Russian comebacks, thanks to a year of betting.

I’d like to have been calm enough to have been adding the points up as they went along to know what was coming. But I’d suffered brainfreeze, and just let what was happening, happen. It seemed like an entirely fitting finale to a contest that had challenged the betting community from the start. 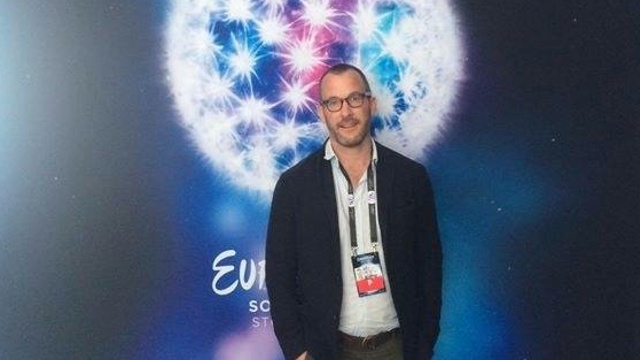 The New Career Of Eurovision Betting

My fellow Eurovision gambler Gavin Lambert wrote a recent article on ESC Insight which accurately described how a few punters have found ourselves, almost accidentally, falling deeper into betting on the Song Contest – to the point where we rely on it for our annual income. Whilst that may sound insane to others, in years like 2015 when the result felt predictable enough from a long way out, it makes sense to us. However, 2016 represented a far greater test which speaks of the changing nature of the build-up to the Contest, and the new way the points are allocated then announced.

The first point to make is that the growing scrutiny of the National Final season has made for a more volatile and reactive betting market even before all the songs are chosen. Gone are the days when Norway could be 16/1 to win the 2009 Song Contest after Alexander Rybak stopped fiddling in the Norwegian semi-final. Admittedly, these odds started contracting to the point that he was a heavy favourite to take the Contest once he’d won the national final, but it would happen much quicker today. That can be the case both for acts that become popular bets to win, and vice versa – an entry rapidly losing its popularity as a potential winner. 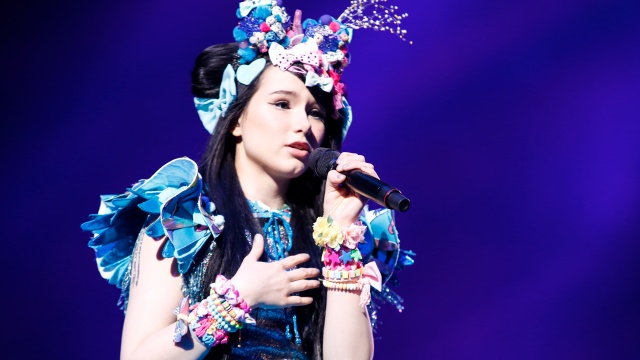 This year for example, when it was announced that Germany’s The Voice winner Jamie-Lee was entering the National Final with her domestic number 1 hit ‘Ghost‘, the country became a popular 12/1 choice to win the whole Contest. Those odds started lengthening not even during her National Final performance, but the day before, when rehearsal pictures had revealed that she was sticking to her penchant for Japanese Manga fashion. An even quicker drift from a similar price happened the morning that Croatia’s Nina Kraljic gave her first live rendition of ‘Lighthouse‘ on Serbian breakfast TV, in which she was vocally fine, but gamblers felt that she too wasn’t giving off a “winning” image.

Faster, Profitable, But Not Always Accurate

The internet had allowed these performances to hit Eurovision forums almost immediately. If you weren’t the first to see them and react, you missed the best price to bet against these entries on the betting exchanges. (These exchanges work like a stock market, where you can buy or sell a country’s chance – in other words either bet on a nation to be successful; or accept the liability of someone else’s bet, just as a bookmaker does, thus taking a position against an entry doing well.)

The second point is that this greater scrutiny has extended into the post-selection and pre-rehearsal period, as the popularity of gigs like Amsterdam’s Eurovision In Concert has grown. This isn’t completely new – I remember a mini-gamble on Ukraine’s Svetlana Loboda in 2009 after her gladiatorial troupe had entertained the London event whilst it was still held at the Scala. But we now have a better ability to watch all the performances on numerous Youtube clips, and more outlets to analyse them on various forums, and three betting sites devoted to Eurovision (my own Sofabet.com, Gavin’s esctips.com and Rob Furber’s entertainmentodds.com).

The intensity of this scrutiny has heightened a sense of certain acts gaining pre-rehearsal “momentum” to win. France’s Amir was this year’s “momentum” act. When it was first released, I had felt that ‘J’ai Cherche‘ was a nice radio song that didn’t have enough to it for victory at the Eurovision Song Contest. I started betting against it at 16/1, only to watch the price contract further as Amir charmed at concert gigs in Amsterdam and London. With a drip-drop of OGAE votes coming in, it soon became clear he would also win that poll.

In the past, some OGAE winners have become picked up a rather derogatory term in the fan community, think of a song that fans love which bombs with the wider public. Think Charlotte Perelli’s ‘Hero‘ in 2008 or Kati Wolf’s ‘What About My Dreams?‘ in 2011. But another development of a maturing betting market is that an ultimate fanwank is more likely to be dismissed in betting markets beforehand. There was no betting momentum behind Austria’s Zoe despite the even bigger reception for ‘Loin D’Ici‘ at pre-rehearsal gigs. Her eighth place in the eventual televote means fanwank doesn’t even apply here – leaving the title with Spain’s Barei perhaps (another act utterly discounted in the betting market).

I came to realise reluctantly that Amir’s momentum went beyond fanwank status. Other competing artists got behind his song; the music professionals of Eurojury were giving it high marks; as did the Swedish preview show. ‘J’ai Cherche‘ started climbing Swedish iTunes Charts after its appearance there. The likes of iTunes downloads is a relatively new data point that can help us sort a fanwank from a non-fanwank.

By the start of rehearsals, France was a clear second favourite, behind only hot favourites Russia. The increasingly short price of Sergey Lazarev’s ‘You Are The Only One‘ right up to the start of the jury voting – at which point the betting market was indicating he was more likely to win than Loreen, Emmelie and Mans – was another feature of this year’s market. Something different was behind it. You don’t stare at the betting markets as much as I do without getting a feel for what are natural and unnatural movements.

A piece of software – called a “bot” among the betting fraternity – was keeping the price artificially short on a number of countries. Why bother? Well, it’s one way of creating momentum and hype behind an act, right up to the show itself. Graham Norton is just the latest British commentator to tell viewers before a performance, “watch out for this one, it’s the favourite to win“. The hope is that people take more notice of the act in question, and the prophecy becomes self-fulfilling.

Bots were at work among a few entries in certain markets last year. These bots distort the market, and thus can be a persistent frustration… but an opportunity too. When the price is too short, I had to take both on and bet against the markets.

One of the most remarkable things about the betting market in recent years is that by the time the final starts, it aligns very closely with the ultimate result. The rehearsal period is the time when this realignment usually takes place. Ukraine was 32/1 before Jamala’s first rehearsal. The high praise from bloggers saw it become 4/1 by the end of second rehearsals, behind only Russia. France had slowly drifted once the uninspired staging made it more clear that Amir wouldn’t be winning the contest. The odds were starting to realign in a way that more realistically reflected the Grand Final result. 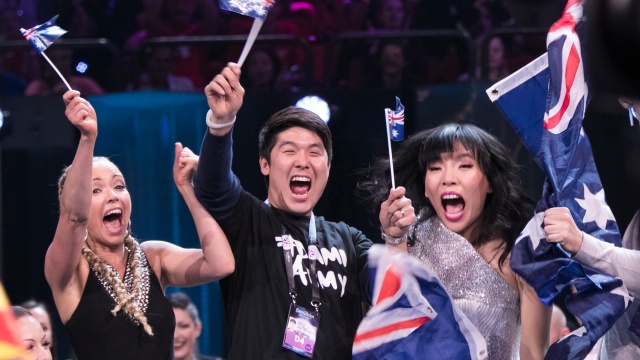 But something remarkable happened in the final week. The ultimate winner drifted in the markets, as casual British punters who tend to join the betting exchanges at this point, watched ‘1944‘, and decided it wasn’t the kind of thing that wins Eurovision. Russia remained very short (perhaps thanks to the bot), despite a mixed reaction to Sergey climbing his wall. Momentum swung behind Australia instead, a general 14/1 up until the final week, only 5/1 the day before the final, supplanting Ukraine as second favourites. By the time the final started, Dami Im’s ‘Sound Of Silence‘ was 3/1, and Jamala back to a double-digit price. That hasn’t been the case for any eventual winner in recent years.

Voting In The Calm During The Storm

The new way of revealing the points – by first giving only the jury scores during the extended period of going to national spokespeople, before rushing through the televote totals – saw crazy swings in the betting market. Unsurprisingly so, given the differing fortunes of the front runners with both constituencies, plus the suddenness and unpredictability of the last, crucial televote totals. Russia went from 1/2 to a double figure price during the jury votes. By the end of that part, Australia traded as short as nearly 1/20 – in other words, given a 95% certain of winning. Ukraine was given only a 2% chance at one stage.

This was the point by which my brainfreeze had set in.

Precedence is useful for gamblers – it means we can compare what is happening with what we’ve experienced and analysed from the past. But there was no precedent for the new voting reveal, and the betting markets were in the dark as much as everyone else in the final moments. For the gambling fraternity, even more important than precedence is the need to adapt to changing circumstances. The main lesson of 2016 is that Eurovision keeps providing that need to adapt, from the very start of selection season to the very final televote.

You can follow Daniel Gould’s adventures in making a living on the TV betting markets at sofabet.com.