Just like that Stockholm 2016 goes into the history book and the planning begins for the 2017 Eurovision Song Contest. Ewan Spence looks ahead to next year’s Song Contest with some expectations, assumptions, and predictions.

The confetti and glitter has barely settled in the Globen, but the community is already looking ahead to Eurovision 2017. NTU and the EBU aren’t starting with a blank piece of paper (neither are the other EBU members) so it’s possible to make some educated predictions for next year’s Contest.

“We are Ukrainian, this is our country,  and we are proud of it.”

There are very few ways for an entire country to advertise itself around the world as progressive, fun, and accommodating. The Eurovision Song Contest is one of those times. All the talk of safety, risks, danger, poor infrastructure, and other challenges that might mean moving to the alternate venue that (presumably) the EBU has tucked away in its back pocket, will make for some great speculative articles. It has been decades since a winning country did not host the Song Contest, and I don’t see that run being broken in 2017. We’re off to Ukraine. 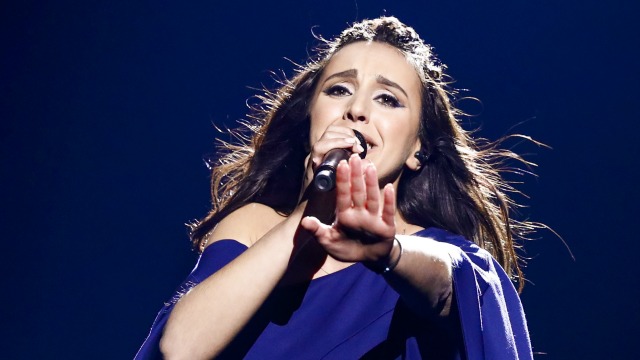 Running The Clock Out

The Song Contest is not an easy beast to put on, and there’s not a lot of time to do it. The provisional date of Saturday May 20th 2017 gives host broadcaster NTU an extra week compared to the normal schedule, but anyone familiar with event planning will know that the five extra working days offered by this will be quickly eaten by events.

The Reference Group has a vast amount of knowledge in its ranks from previous host broadcasters and those familiar with the process. NTU can tap into its own Junior Eurovision experiences from 2009 and 2014, as well as Kyiv’s hosting of games in the 2012 UEFA European Championships. The main Contest is a huge, awkward, unforgiving steamroller of a beast. Don’t expect answers to main questions until much later in the usual Song Contest cycle. This one will likely go down to the wire in terms of organisation.

The Foreign travel advice from the UK Government is a good place to start here for travelling to Ukraine and Kyiv:

The situation in Kyiv and western cities is generally calm, although occasional public demonstrations continue in and around the Verkhovna Rada (parliament building) and elsewhere in the city…. You should take great care and remain vigilant throughout Ukraine. Avoid all demonstrations and take extra care in public gatherings.

The safety of delegations, press, and fans, will be of huge importance to the EBU, and it is in everyone’s best interest to address this issue. As with any travel, use your common sense and trust your judgement.

No Hiding From The Politics

“The Eurovision Song Contest is not a political contest”. Expect that phrase to be spoken, written, and heard, a significant amount as the live shows come ever closer. It’s an idealistic view of the Song Contest, and one that many will scoff at.

The Contest is not overtly political, but just because the messages of togetherness, tolerance, and friendship are rarely seen in manifestos does not mean that these are not political issues. The simple act of putting on the Contest in Ukraine makes a statement that has a political impact, which by association shows that the Contest has a political angle. The EBU will do its best to minimise the political angle, but Ukraine will take this moment to stand proud on the world stage.

The Russian Bear Will Stay Angry

‘1944‘ has put the issue of Russia’s annexation of Crimea on the front page of every European newspaper. Hosting the Contest will keep the issue foremost in the minds of many for the next year. That means that Russia’s viewpoint – which is naturally in opposition – will be pushed heavily through media channels. The Soviet social media power is much more powerful than the Ukrainian, so expect the rhetoric that started as soon as ‘Te Deum‘ closed the show to build up over the next twelve months.

As for Russia’s entry, while there may be talk of boycotting the show, I would hope that it does the exact opposite. Select a song, put together the best team possible, and come to the stage in Kyiv with the rest of the world.

Who Else Can Be Invited?

Staying with the entry list, the perennial rumours around Turkey will likely start up again, questions will be asked about how Romania could ever return, and who else might withdraw after this year. Will Croatia, Bosnia & Herzegovina and Bulgaria stay for another year? Will Portugal return (after all, the Contest isn’t in Sweden). And while this isn’t the article to talk about a guest invite to the United States (or China) it would be very hard to deny Australia another appearance after Dami Im’s run to second place.

Tell Me What You Can See

Although the last few years of Eurovision winners have come from a wider range of musical genres, what is clear is that a successful performance at the Song Contest requires a strong visual element to the presentation. Although ‘1944‘ was a solo female ballad, the power of the emerging Ukrainian tree at the emotional high point of the lyrics enhanced everything about the performance. Måns Zelmerlow had his interaction with Balloon Boy, and the visual identity of Conchita is clear.

Expect the handful of creative directors that are known on the Eurovision circuit to be heavily in demand to work on the songs for 2017. 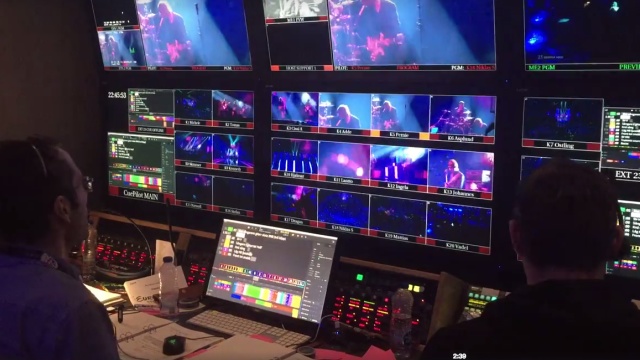 Georgia 2016 in the SVT Control Room

No, It’s Not Kiev

The country self-identifies the capital city as Kyiv in roman letters, so who are we to challenge that? In any case the Ukrainian government set this spelling on October 14 1995 in ‘Resolution of the Ukrainian Commission for legal terminology, No. 5‘

On a similar note it’s ‘Ukraine’ not ‘the Ukraine’.

A Call-Up For Mrs Eurovision?

After all, Petra Mede has now hosted six Eurovision Song Contest shows counting the Semi Finals (or seven if you county the 60th Anniversary Greatest Hits Show, which I don’t). That beats Katie Boyle’s four shows and Jacqueline Joubert’s two. Mede is as much a part of Eurovision as Riverdance now so if Ukraine is looking for a co-host beside Timur Miroshnychenko there would be a lot of love for a safe pair of stately hands. 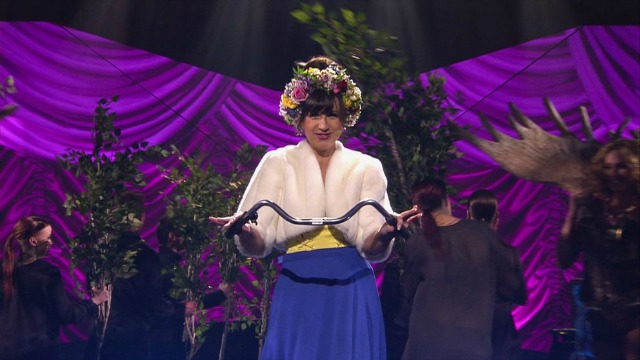 Petra Mede’s ‘Swedish Smörgåsbord’ routine was a huge hit at the Malmö contest in 2013.
Photo: SVT.se

What are you looking forward to for the 2017 Eurovision Song Contest? Have you hopes and dreams, or are you at all worried. Let us know in the comments.