The story from 2016’s Grand Final is significantly about splitting votes. The combined jury/televote system is designed to equally balance entry popularity with musical and artistic merit. That means that when there is a significant divergence between jurors and televoters, in terms of the worth of an entry, some observers are unhappy. However, the past has shown that jurors often do not reflect what is contemporary in their deliberations, whilst televoters are often not motivated to vote based on song or performance.

In this article we dissect the results for our 2016 Grand Final medalists, Ukraine (gold), Australia (silver) and Russia (bronze). We look at the component scores for each individually, the degree to which they supported the other medalists, and the breadth and depth of their support.

Russia: You Are The Only One

Our third place finisher was Sergey Lazarev, who took ‘You Are the Only One’ to a combined score of 491 points. Russia’s support was severely skewed towards the televote component, though he also received a significant amount of jury support. Two countries, Azerbaijan and Belarus, awarded Sergey the double-double: their top televote and jury scores went to Russia.

But the real jury start is who blanked Russia:

The 21 (!) juries that awarded no points to Russia include three ex-Soviet states, 10 Western European states and a smattering of Central and Eastern European ones. When slightly more than half of Europe’s juries snub you, it’s difficult to compensate in the televote score. 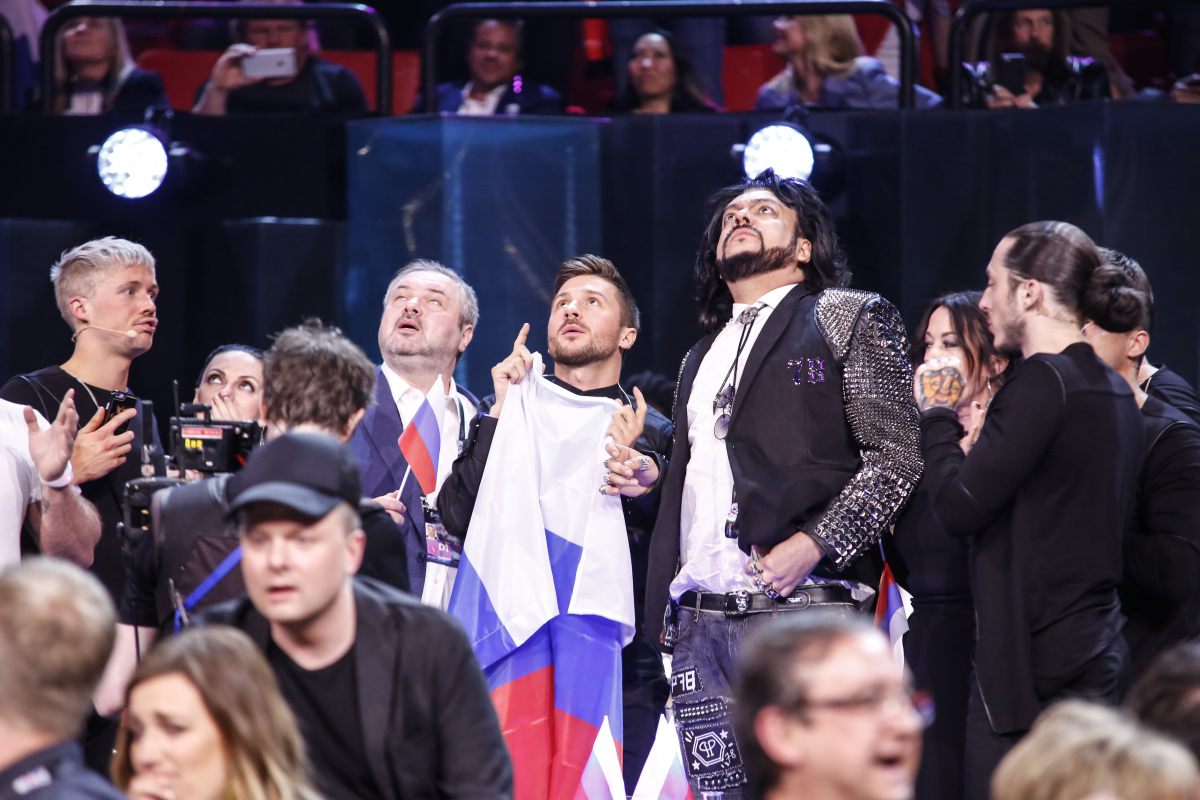 In terms of the other medalists, both Australian and Ukrainian juries blanked Sergey. Even if this were strategic, the impact is inconsequential.

And yet, ‘You Are the Only One‘ won the televote with 361 points. Russia earned televote points from every other country, including douze points from 10 countries: Armenia, Azerbaijan, Belarus, Bulgaria, Estonia, Germany, Latvia, Moldova, Serbia and…Ukraine! Australian televoters awarded 5 points to Sergey.

The story of Russia 2016 is the dearth of jury support…and a convincing, but not overwhelming victory in the televote.

Our second place finisher was Dami Im who took ‘Sound of Silence‘ to a combined score of 511 points. Dami’s support came overwhelmingly from juries, though she was fourth with televoters as well. Albania and Sweden were the only countries to award Australia the double-double of their top scores in both jury and televote components. 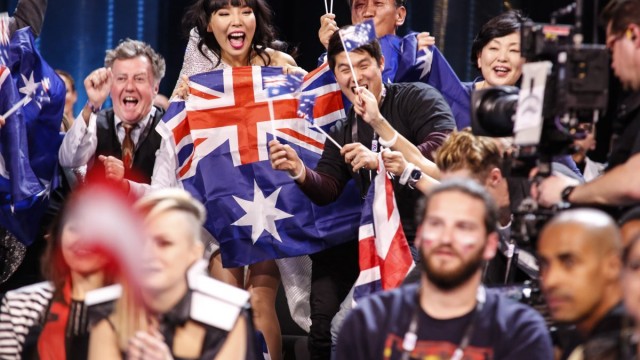 In terms of her immediate competition, Russia’s jury gave Australia two points; five jury points came from the Ukrainian jury. With a 109 point lead over Ukraine, it seemed unlikely that Jamala would score the over 350 televote points needed for compensate for Australia’s massive jury score.

And then the televote scores came in. When Australia’s fourth place score of 190 televote points was announced there was a gasp. Suddenly all seemed to play for. Australia received points from all but four countries: France, Armenia, Italy, and Montenegro. Dami earned top televote scores from only three countries: Albania, Malta and (again) Sweden.  Australia earned 4 televote points each from both Russia and Ukraine.

Most pundits assumed ‘1944′ would rely on jury support rather than televote support for any chance of victory. So being a distant second to Australia seemed inadequate; so too, arguably did having an 80 point cushion with Russia.

This put Jamala ahead of Australia by 23 points. When Russia’s enormous televote score proved only enough to lift it to third place, we had our winner. 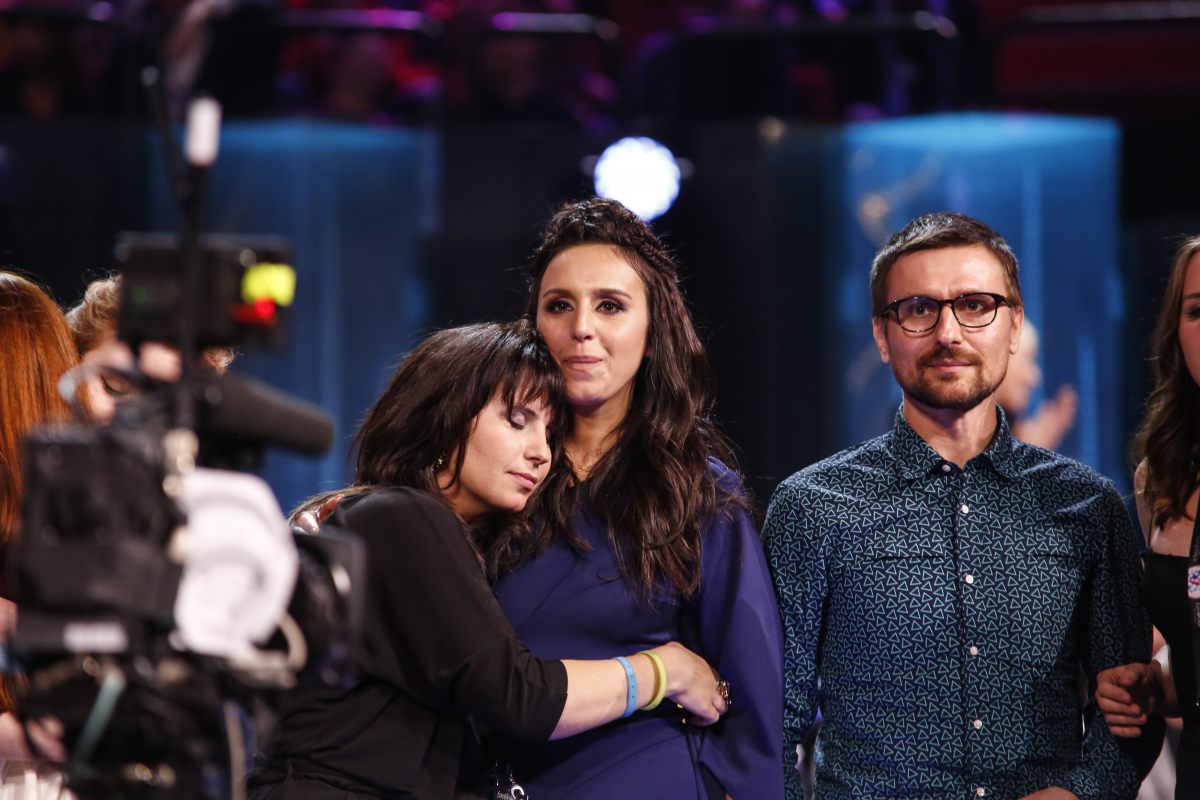 Jamala and her sister share the moment (Courtesy eurovision.tv/EBU)

Russia’s chance at victory effectively ended by being 190 points behind Australia and 81 points behind Ukraine once the jury results were in. Most assumed that the televote would allow Russia to compensate, but Australia would win convincingly…except Australia’s weakness proved to be the televote. Ukraine bested Australia’s televote by 132 points. But Russia’s televote lead on Ukraine was only 38 points—or less than 1 point on average from each country.

This is precisely how the combined jury/televote system is supposed to work: a winning Eurovision Song Contest entry needs substantive support in both components. Ukraine was second with both televoters and juries; Australia was first with juries and fourth with televoters; Russia first with televoters, but fourth with jurors. ‘1944′ and Jamala give Ukraine its second Eurovision victory, in a year Ukraine was returning to the Contest after a one year break. A rather breathtaking comeback at that!  At the time of this writing ‘1944′ is charting on iTunes across Europe more than any of the other entries from the 2016 Eurovision Song Contest.

Our three medalists also were the winners of the Marcel Besançon Awards.  Russia won the Press Award, Ukraine won the Artistic Award, and Australia won the Composer Award. These were announced just before the Grand Final.

6 responses to “Ukraine, Russia, and Australia: How Did The Top Three Win And Lose Eurovision 2016?”