Voting Insight: The Breakdown Of Votes At Junior Eurovision 2014 Written by Ben Robertson on December 29, 2014

The Junior Eurovision Song Contest 2014 was won by Italy on their debut in the competition back in November. However for the full breakdown of the results from the competition was released just on Saturday 27th December. With jury and televote splits now available from each country in the contest we are now able to analyse those results in our Voting Insight series with Ben Robertson looking through the data.

For the first time in Junior Eurovision history the European Broadcasting Union has released the full voting breakdowns from the voting in the contest. This means that we are able to look through the points distributed from each jury member and televote and look for trends within them. The data is not as extensive as it is for the senior Eurovision Song Contest as in Junior Eurovision rankings are only given for the first ten songs and not the full first place to last place. Although this limits the fun we can have with statistical analysis we believe that this is an appropriate limit for the contest as we evaluated in our Voting Insight series over the summer.

The Splits Of The Jury And The Televote

The first obvious factor to consider is if there is a significant difference between the scores of juries and televoters. Our winner Italy was a clear 29 points in front with juries, but televoters placed our little Italian a whopping 43 points behind viewers’ favourite Krisia from Bulgaria. The table below shows each country in their final place order with the points from the combined scores (as awarded on the night),  jury score, and televote score, as provided by the EBU  (with the Kids Jury vote and  the automatic twelve points from the EBU stripped out):

We can clearly see that the songs from Bulgaria, Ukraine and Slovenia can be classed as televote favourites from this list, with Italy, Malta and Cyprus bigger winners with the juries. Comparing the songs like for like one trend that can be seen is that the juries have voted up songs with impressive vocals more than televoters. Similar trends are common in the Eurovision Song Contest itself with jury voting, which is of little surprise as the juries there are given criteria to base their votes on which begin with the phrase ‘vocal capacity’.

Vincenzo’s Victory Got Support Across Europe

Italy’s victory is one that we can now see is void of any twelve points from a televote. As Slovenia and San Marino were 100% jury looking at the remaining thirteen countries the televoting results to Italy were as follows: 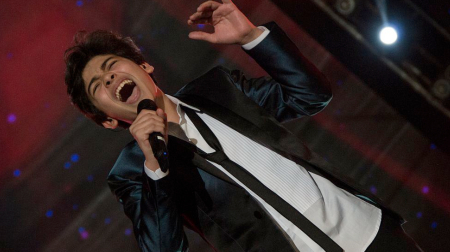 Even without a single televote top score Vincenzo charmed people to vote for him from every competing nation.

All the countries that televoted did put Italy at least in the top nine countries which is still a fantastic achievement and was the first time for some of these countries to ever give Italy points in Eurovision of any description. Getting points from across Europe is the hallmark of a successful Eurovision winner at any level. However of course the jury voting is even more impressive. It is clear that no jury member scored ‘Tu Primo Grande Amore’ lower than 8th place with 27 of the 75 jurors placing him first. Such a fantastic jury result has never been made publicly available in Eurovision history using this voting system.

Bulgaria’s Brilliance To Break The Curse Of Singing Second

Although our first JESC winner in 2003 won in a 100% televote from singing in second place in the running order, the position does have a perception within Eurovision fans for being the worst to compete in with improved chances the later in the show you perform, which also indicates. However despite this perceived disadvantage ‘Planet Of The Children’ stormed across Europe. Only one country in televoting had Bulgaria outside of the top three which is a fantastic show of voting power. Bulgaria’s Eurovision record is poor with only one qualification in their history and any diaspora voting has never been significant from these the competing countries in previous Eurovision Song Contests.

The question lies in what happened with the jury voting to bring this down.

How Professional Are The Kids?

One feature of Junior Eurovision voting over the last three years is that the voting sequence now begins with results from the Kids’ Jury. One young person in each participating country votes Eurovision style for their favourite in exactly the same way each national juror does with the results combined together to create a result from just those young people across the continent.

Although the full breakdown has not been revealed by the EBU we can nevertheless use it to test how reliable an indicator the Kids’ Jury is. In the past three years the Kids’ Jury has awarded 12 points to the eventual winner twice and 10 points on the other occasion.

We convert the Kids’ Jury points, televote points and jury points into a simple 1-12 voting sequence and then run correlation analysis on the three pairs of data we can reproduce. Correlation values span between -1 and +1 with +1 indicating perfect agreement and -1 perfect disagreement.

That all three of these values are clearly positive is of little surprise as this means that there is a general agreement with each other in terms of which songs are good or bad. However what is staggering is that the Kids’ Jury has a very high correlation to the Adult Jury. Earlier in the Voting Insight we concluded that who you watch the contest with is more important than your age, sex, profession or any other possible indicated of predictable taste. Knowing that a Kids’ Jury member was present with each country means that the distribution of points we also expect to be similar to their peers which this suggests. A full breakdown of the Kids’ Jury scores would confirm this correlation or not. 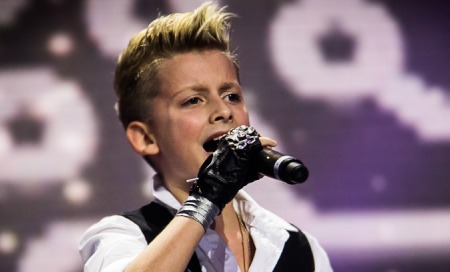 Ilya Volkov was the Belarussian entrant to JESC 2013, finishing in third place. He was their representative on the Kids’ Jury this year.

The agreement with the televote is as we would expect lower for both the other juries. Neither the Kids’ or Adult Juries when combined awarded Ukraine a top 10 placing yet across Europe the televote placed ‘Spring Will Come’ in 3rd with 100 points. However we can note the increase in correlation between the Adult Juries to the televote compared to the Kids’ Jury. We can suggest with this that perhaps that the televote is made up more from adult voters than kids, but our data is not distinct enough to confirm this.

Headlines From The Rest Of The Scoreboard

Josie’s bottom placed position on the leader board for Croatia was frighteningly close to being the first ever nil points in Junior Eurovision history. Yes, they get an automatic 12 at the start but even discounting that every single act has received some ‘real’ points as well.

Although the EBU tables say Croatia received both jury and televote scores in the table above that is not completely true as it is San Marino’s jury score which made up that one solitary televote point in the table. For San Marino to give one point to Croatia one man is to thank. DJ Andrea Gattei gave Croatia 2nd place in his ranking, the only jury member of the 75 to rate ‘Game Over’ higher than 6th place. Another San Marinese jury member gave Josie 2 points meaning it had 12 in total. That was enough for it to tie with Bulgaria, but because of that 10 point score being higher than the highest mark given to Krisia from San Marino (five) Croatia received their only point of the competition.

San Marino themselves only got their 11 points from two countries, with 10 coming from Italy. Impressively San Marino received 10 points from the Italian televote which only put Federica Falzon from Malta in 4th place (Bulgaria got the 12). Interesting as well are the points that Montenegro received which came from Malta, Serbia and Slovenia. Of these three only Serbia’s had any televote component in their voting result, with the Maltese jury placing Montenegro 2nd overall.

Higher up we can see that Russia’s entry Dreamer did very well to secure 5th position. However Russia may have got televote 12 points from Belarus and Armenia the juries of the fellow Soviet nations did not mark Alisa as highly. Armenia’s and Ukraine’s jurors for example gave ‘Dreamer’ middling scores between 6th and 9th place, as four of Belarus’ five jurors had Russia outside the top three. Indeed only 2 jurors of the 75 placed Russia first. This indifference to a technically strong and successful Russian entry is unusual among these nations, and it fell to Armenia’s benefit which picked up all the available 12 points from the Soviet block.

Finally the jury vote from Ukraine does bring up food for thought. Three jury members (Olexander Zlotnyk, Andrii Yakymenko and Alla Popova) gave out exactly the same 12-1 points as each other which included 5 points to Montenegro, 8 to Sweden and 10 to Serbia which does buck the normal trend. Bearing in mind that Georgia’s jury vote in Eurovision 2014 was disqualified because of the jury members sharing the same top 8 it is notable that this pattern was allowed to stand, although we must emphasise that with less songs this is more likely to occur.

What we see from the voting in Junior Eurovision 2014 is that the Contest appears to be succeeding in their attempts to make it more transparent and more professional. We see a Jury vote of professionals who when combined clearly agreed on an Italian winner and also evidence that any country, from any running order position, can achieve victory after Bulgaria’s televote success. We observe that our Kids’ Jury is a fantastic representation of our Adult Juries voting on the Song Contest as well. 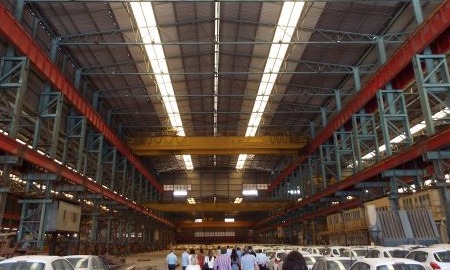 Malta delivered a show that was under budget, captivated a nation and secured the brand of Junior Eurovision

The whole process lifts Junior Eurovision closer to the goals of being more serious and being a competition that can increase its reputation further in the future. The moves this year to revolutionise the competitive aspects of Junior Eurovision, with a new voting system to add together jury and televote scores, a lower threshold for televotes to allow every country to easily record a 50/50 split and this move to publish all the votes after the Contest continue to add weight to the fact that Junior Eurovision is fun, but serious fun.

It all helps Junior Eurovision to grow. Overall the production quality from Malta was a step up for Junior Eurovision and now the calculations are in and the reputation of it as a fair contest has vastly improved as well. Yes we can point out anomalies, but that will always be the case with any selection of voting patterns from such a wide variety of different people. My impression through this analysis of the Junior Eurovision voting is that we have a competition that now takes itself seriously, and one that with that attitude will ensure for years to come a future generation can continue to shine and break even more records.