If The EBU Trust DR, They Should Give Them Full Control Over The Running Order Written by Ewan Spence on October 30, 2013 | 9 Comments

Quite  a few on-screen elements of the Eurovision Song Contest went through a number of changes during for the 2013 Contest, including the contentious decision to allow the SVT producers to (partially) set the running order of the songs in the semi-finals and grand final. Why is this rule likely to stay in place for 2014, even if it does damage the perception of a fair Song Contest? What are the arguments for it to be applied, and why should the EBU consider giving this year’s product team from DR complete control over the running spots for all 26 finalists?

One Rule Down, One To Go?

We’ve already seen one rule change announced for the 2014 Contest with last month’s announcement that the individual rankings from each jury member will be released after the Contest, as well as the full televote ranking. You can be sure that these will be analysed in depth once we have a winner in Copenhagen. I want to look at the other point of contention from the 2013 Contest, namely the changes to the running order of the Grand Final.

Until we arrived in Malmö for the 2013 Contest, the running order for every Saturday night was decided by a random draw organised by the EBU. to allow the producers (in this case SVT) to suggest a running order to be signed off by the Executive Supervisor and the Reference Group.

My feelings on this change, as well as those of the rest of the ESC Insight editorial team, have been clear since that announcement. The running order has an influence on the final result, and if Eurovision is to be a fair contest, the running order should not be left open to human bias, but continue to be a random draw.

At the heart of this argument is the dichotomy of the Eurovision Song Contest. In the same breath it is both the world’s largest singing contest and one of the most watched entertainment and variety shows on the planet. There are moments when you cannot adequately serve both of these areas. The decisions over the last few years have almost always landed on the side of increasing the entertainment value over maintaining a fair and balanced competitive element.

Speaking to a number of delegations, there is no appetite from any of the TV producers to return to a random draw. Many of the TV professionals working within a delegation have annual assessments, and the primary measurement of success are the TV ratings in each country. By having the running order formulated around the traditional rules of music hall and variety shows (broadly this means a fast/slow rhythm, whilst keep the bigger names until the end, a process which in itself ) they can take one more ‘risk’ out of the Eurovision broadcast. 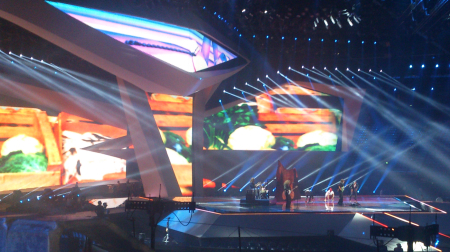 Why take a risk on Eurovision when the Strictly Come Dancing gig is waiting for you?

When the success of any event is measured on short-term results, it’s very hard to take a long term view. Creating an entertaining running order is a short-term view of the Eurovision Song Contest shows that will weaken the level playing field that any competitive event demands.

If It’s Going To Stay, Let’s Make The Best Of It

We have to assume that the running order for 2014 will still be put together by Danish broadcaster DR for the EBU to sign off on, and unfortunately there is still a weakness in this process.

After the running order rule change was announced in November 2012, there was one more tweak made to it. At the Heads of Delegation meeting in March 2013, it was announced that countries appearing in the Grand Final would now , either the top half or the bottom half (although the host broadcaster, for the sake of fairness, would still have its slot in the order drawn at random).

This struck us then as a strange compromise at the time, and looking back over the whole Contest it does stand out, especially as Executive Supervisor “there is indeed no significant statistical impact of the running order on the result.” If there is no impact on the running order, why draw for top or bottom? 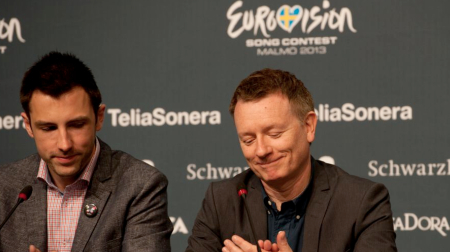 ESC Insight recently asked Sietse Bakker, Eurovision’s Event Supervisor, on the thinking behind this draw process. “It is simply consistent to draw first and second halfs for all shows, rather than just doing it in the Semi-Finals,” he explained to us. “It’s also our way of compromising with those who believe that performing in the second half is an advantage.”

There are logistical reasons for the split during the semi-finals. Only half of each running order can rehearse each day, so delegations need to know when they have to turn up in the host city. Everyone is already in place for the Grand Final, so while there may be an emotional side to this argument, it still limits the options for the producers to create the best show possible. How many delegations were discussing with the EBU about carrying on the top/bottom split with the EBU before the rule change to the rule change was announced in March last year? The answer above also gives out a mixed signal coming from the EBU on the impact the running order has. If the running order has no impact on the result, then they should stand by this view and not provide a token compromise.

And that’s before we note that this year’s Junior Eurovision Song Contest is returning to a random draw to decide the order of the songs. Why? In the words of Executive Producer Roman Keryk from Ukraine’s NTU, the televised random draw is also about “…seeing how fair and transparent the process is.”

Give DR Every Option To Create The Best Running Order

Arguments aside, the EBU is set for a producer-led draw in Copenhagen. If the Eurovision Song Contest is to have a running order that focuses on creating entertainment and showcasing each song through contrast, then the EBU should drop the random top/bottom element of the running order process and trust the show producers to program all twenty six songs in the Grand Final – and yes, that includes their own song.

If the argument is that the running order has no impact on the victory, and the most important thing is to make each song stand out and be presented in the best possible way, then randomly separating the songs into two pools defeats that purpose.  On the other hand, if the EBU feel there is a need for the order to be random, then we should return to the random draw completely.

Given the desire from the delegations to remain with a curated song list, the EBU should commit fully to a producer-led running order , drop the draw for top/bottom in the Grand Final, hand 26 empty slots to DR, and tell them to put together the best show possible, with no restrictions.

9 responses to “If The EBU Trust DR, They Should Give Them Full Control Over The Running Order”