Eurovision for the un-accredited Written by Sharleen Wright on April 27, 2011 | 4 Comments

As the Eurovision events in Dusseldorf kick off this weekend, thousands of press, websites and fans will start to descend upon the host city. Sure enough, many of those there for the whole two “Euroweeks” will be there to specific write and provide coverage to the rehearsals, press conferences and parties, many people do not get such a privilege. So what is there to actually do in Dusseldorf beyond attend the two semi finals and jury final and final? ESC Insight lets you in on where the fun is to be had…

Taking Eurovision exposure to a whole new level, if you are stepping off the plane on 1st May, you will experience a very special event – the Eurovision Airport Grand Prix.

From 11.00 am till 7.00 pm on Sunday 1st May, the Airport Arcades invite you to a first-class music competition where thirteen formations, selected by the German A Cappella team, will be displaying their skills at the Airport Grand Prix and taking the audience on a flight through the history of the Eurovision Song Contest.

As with the well-known European music competition, their performances will be given one, eight, ten or twelve points – awarded by a jury of five who will be using their expert ears and eyes to evaluate the performances.

In 2011 the Eurocafe venue, a place for fans to gather over a bite or drink to discuss Eurovision and make new friends, will be hosted in the same venue as the Euroclub, an accreditation only venue this year. It will be held in Quartier Bohème, a large venue able to host up to 1200 people, based in the Altstadt (Old Town).

Eurocafe will be open to all people between 11am – 6pm, and after that time it will switch and reset its configuration for the evening Euroclub. Eurocafe has a varied and reasonably priced food and drink menu making it the perfect lunch spot, and will be playing Eurovision music throughout the day.

There shall be a special information desk set up inside the Eurocafe which will be staffed by fans to answer your questions, as well as special meet and greet sessions with acts there, which will be announced on a daily basis. We are also led to believe that it is here a limited number of tickets will be granted to fans to access the Euroclub on any given evening (the number of which will vary depending on the scheduled event of the nights).

In addition, for those who are members of Eurovision OGAE, the Eurovision fanclubs, the Euroclub will be open to those holding fanclub cards on the evenings of 6 & 7 May. On those evenings, OGAE Germany has organised for many of this years acts to perform on stage. Further information is available at euroclub2011.com. 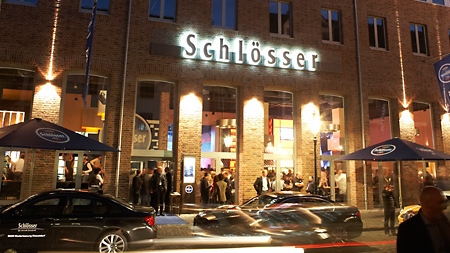 For those that want to boogie in the late evenings to your favourite Eurovision tunes, Monkey Bar is where it is at, located near the Ko on Graf-Adolf-Plasse. From 10.30pm, at a cost of 5 Euro for entry, OGAE Germany will be hosting a Eurovision music only nightclub. It will feature the best Eurovision DJs between Sunday 8 May till Friday 13 May until the wee hours of the morning.

More information on the Eurovision Nights can be found at The Monkey’s Plaza website.

If you are after a more chilled out place to hang amongst fans in the evening, the beer garden of Knoten may be the spot for you. It will play Eurovision music at a lower level, and you can take advantage of the cheap beer and outside smoking area, allowing fans to chat from 5pm every day of the Euroweeks.

Its located near Burgplatz, where last years flashmob in Germany was filmed, and it will also play host to outdoor screenings of both semi finals and the final for those of you who do not have tickets.

For how to get there and to keep informed of any special events, visit knoten.de

Remember the good old days when orchestras played all our Eurovision favourites and the artists sung along live? Well, those days are returning – at least for one night. Taking place on 11th May at the Tonhalle, you can catch Katja Ebstein, Johnny Logan, Mary Roos, Nino de Angelo, Guildo Horn and Ingrid Peters sing their own Eurovision contributions as well as many other classics. You can even vote for your favourite act of the night via televote. Will Mr Logan remain Australia’s Mr Eurovision? 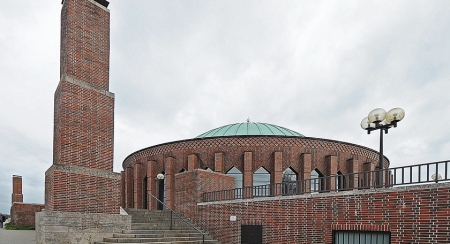 On 13th May, the evening before the Eurovision final, the MS RheinFantasie, welcomes all who are enthusiastic about the ESC on the Euroboat.

Tickets are available at Eventqube, starting at 25 Euros.

Just like Oslo, a special Eurovision fan area has been organised for central Dusseldorf to showcase not only the artists, but the nations that form part of Dusseldorfs cultural hub. Located at Johannes-Rau-Platz, the public square will play host to national parties such as a Greek Day, and will feature a stage from 10th May to bring locals a taste of the music and screen the semi finals and final publically.

All the events are listed at the Dusseldorf Tourism website’s Eurovision section.

4 responses to “Eurovision for the un-accredited”