The ESC Insight Tourist Guide to Dusseldorf Written by Sharleen Wright on April 20, 2011

With less than a fortnight until thousands of Eurovision fans start to descend upon the streets of Dusseldorf, its important to point out there is more to life than just the Song Contest.  The tourism board of Dusseldorf may be rubbing its hands together for the boom it will bring financially to the region with hotels, hostels and transport filling to capacity, but what about the other delights of Dusseldorf?

For many, this will be the first and possibly once in a lifetime trip to see the German city, and as someone attending the contest in a new city every year, you really should try to make the effort take in the sights and take in a little history and culture of the region for a more well-rounded experience. In this article, ESC Insight points out just a few of the things you can do to take a breather from the Song Contest… 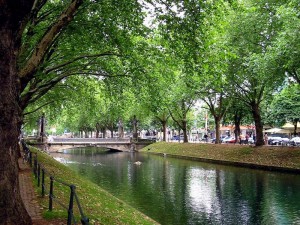 Other points of interest

For more information on what to do and see in Dusseldorf, visit the official tourism bureau – www.duesseldorf-tourismus.de