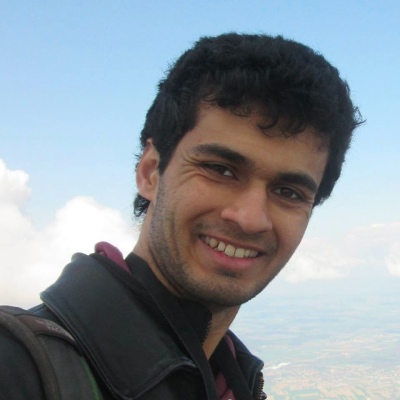 The History Of Liverpool As It Looks Forward To Eurovision Written by Fin Ross Russell on December 23, 2022 | 1 Comment

Why is Liverpool the ultimate city to host the 2023 Eurovision Song Contest? Fin Ross Russell looks at the history of our host city and how our Song Contest will add to its rich tapestry.

Back On British Soil

As the confetti rained down on Ukraine’s victory in Turin, there was something that felt devastatingly inevitable about what was going to happen next.

For the first time since 1980, 2023’s Eurovision Song Contest would not be hosted by the previous year’s victorious broadcaster. It was a melancholic conclusion to Kalush Orchestra’s amazing display in Turin, one which deserved to bring the show to Ukrainian soil for the third time in 18 years… and would have done so be it not for the conflict that has ravaged the country.

This left the BBC in a position of great privilege but also of great responsibility. As a result of being given hosting duties for the 2023 Song Contest, the British public broadcaster now hold the unique distinction of having hosted the Contest more times as a result of other nations not being able to host than following victories. Although this is a position the BBC have been in before, it has not hosted a Song Contest on another nation’s behalf since Brighton 1974 and not even on its own behalf since Birmingham 1997.

Since its last hosting, the Contest has evolved dramatically – so dramatically in fact, that Ukraine hadn’t even debuted at Eurovision the last time the BBC hosted. The Contest was going to need to find a city that could highlight these unique circumstances, which could feel Ukrainian as much as (or perhaps even more than) it could feel British. No other option came close to having the symbolism as a host city that Liverpool could offer.

What symbolism lies at the heart of the bid, and why is Liverpool the most apt city to host the 2023 Song Contest?

Before we talk about what Liverpool is today, we have to start by exploring the city’s storied past. Despite Liverpool’s location almost directly on the Irish sea, it was neighbouring Chester that had become more established as the port city in England’s North West.

It was only in the 1600s when the River Dee which connected Chester to the Irish Sea began to be blocked up with slit that ships began arriving into Liverpool instead. In 1715, the world’s first commercial wet dock was built on the River Mersey and Liverpool began to grow quickly as a trading hub where ships brought sugar, tobacco and cotton from across the Atlantic.

Much of the city’s expansion came as a result of money generated from the trading of slaves as Liverpool’s ships were chartered to bring vast numbers of enslaved Africans to the Americas to work on plantations. Liverpool played a shameful role in the American Civil War by being the Confederacy’s main importer of cotton during a period when the Union was trying to blockade Confederate ports in the fight for black emancipation in the United States.

Although there were many Liverpudlians who were part of the abolitionist movement, there were also many who continued to profit from the practice even after it was outlawed by the British government including John Bramley-Moore, former mayor of Liverpool and namesake for the location of Everton’s new football stadium.

These are difficult conversations to have and perhaps not ones we will find enough time for come Eurovision week, it’s important that our host city is one that holds up an unflattering mirror to the continent’s historical past and forces it to confront the nuance of today’s great cultural hubs being built off the work of slave labour. Should anybody visiting Liverpool wish to explore this further, they can visit the International Slavery Museum which goes into much more depth on this history and what it means for the city today.

The increased trade to Liverpool did eventually translate into travelers. In 1790, Liverpool became the location of the first-ever US consulate, fourteen years after the Declaration of Independence. In 1817, the Black Ball Line became the first company to transport paying passengers across the Atlantic and in 1840, Cunard Line turned the crossing into a regularly scheduled service.

This timing coincided with the beginnings of the Industrial Revolution which saw factories built and mass production mean an increased demand for the natural resources that arrived into the port of Liverpool. In order to quickly transport these resources, canals were built which would allow boats to quickly move vast quantities of product inland to the factories and the first inter-city railway in the world was built between the city and Manchester. People from across Europe began flocking to Liverpool, enticed not just by the economic opportunities the city offered but a sense that the city was at the heart of a technological hotbed of innovation happening across the North of England with a port that connected to the rest of the world.

But despite Liverpool’s reputation as a port city at the heart of industrial transformation, its biggest gift to the world was yet to come.

It will be extremely interesting to see how often the Beatles are mentioned during this year’s Eurovision Song Contest. The Beatles never entered the Eurovision Song Contest and yet the city’s role as the hometown of John, Paul, George and Ringo has already built much excitement across Europe with Le Monde linking the Beatles connection to their announcement of the 2023 host city news, and 2022 winners Kalush Orchestra citing playing in the place where The Beatles started out as one of the unforgettable moments-to-come for next year’s Song Contest.

But for all the Beatles tourist experiences available to Eurovision fans who visit Liverpool, there is a massive musical heritage to the city that explains why the Fab Four being Liverpudlians was no fluke. This was initially brought on by American music being exported to Europe and records regularly travelling through Liverpool where they would be listened to almost straight off the boat.

From there, an American-infused style of popular Rock music fed its way into the local music scene that would become known as Merseybeat. It was on the crest of this musical wave that Gerry & the Pacemakers, The Swinging Blue Jeans and the Searchers became household names and the legacy they left for music in the city would provide the foundations for Flock of Seagulls, Orchestral Maneuvers in the Dark and Frankie Goes to Hollywood (among others) to find international success.

In 2003, the city made headlines as it was entered into the Guiness Book of World Records as ‘World Capital of Pop’ having produced more Number 1 hits than any other city worldwide with further local greats coming in the form of The Lightning Seeds, Mel C and Atomic Kitten. Eurovision-wise, Liverpool as been the hometown of Prima Donna, Jemini and most famously, Sonia who only agreed to compete for the UK on the basis that Liverpool would host should she win. Scouse musical legends Lita Roza and Cilla Black came close to appearing at the contest with the BBC opting for Patricia Bredin over the former in 1957 and the latter turning down the chance to compete on home soil following Sandie Shaw’s win in 1967.

Despite the city’s immense creative heritage, Liverpool experienced an economic downturn in the 1980s which mirrored a similar trend taking place across much of the north of England as a result of Margaret Thatcher’s de-regulation of the financial industries. Today, Liverpool has higher rates of unemployment, economic inactivity and child poverty than the English national rates.

Some of you may have heard the term “scouse” before in relation to Liverpool and might be wondering what that means? To answer literally, scouse is a meat stew made with potatoes, carrots and onions and similar to many stews eaten by sailors at port cities.

To tap into the essence of what scouse means though, it represents the identity of the people of Liverpool, a port city with a diverse population and a storied history ravaged by the economic downturn in recent times. Being scouse is about coming together in difficult times and looking out for fellow Liverpudlians in their times of need, a spirit most widely exported through the city’s two football clubs (Liverpool and Everton) whose fans have regularly put their differences aside and worked together for the greater good.

Whilst it would be insincere to generalize an entire city based on football fans, there’s something about the way Liverpool’s fans sing ‘You’ll Never Walk Alone’ before every home match that represents a spirit and togetherness you will struggle to find anywhere else in the world.

A CIty And A Continent At A Crossroads

So where does the Eurovision Song Contest fit into this picture?

2023 sees both Liverpool and the wider European continent standing at a crossroads. Both benefited from colonialism to reap the benefits of the subsequent Industrial Revolution, and both are now having the face up to their culpability. Both have a rich artistic and cultural heritage that is under threat as a result of decisions made by large corporations to transfer jobs to parts of the world where labour is cheaper.

Both Liverpool and Europe come into 2023 with identity crises; Liverpool still transitioning towards a city focused on culture and tourism, Europe towards a united continent in the face of arguably the biggest conflict on European soil since World War II.

This Eurovision Song Contest represents a huge opportunity for both, but there are many questions still to be answered. How much will Liverpool respect their position as hosts on behalf of Ukraine (and arguably its own twin city of Odessa)? How welcome will delegations from across the continent feel in a country that actively sought to distance itself from many European nations when it voted for Brexit (though it’s worth noting that 58% of Liverpudlians voted against Brexit)? Can next year’s show remain apolitical whilst a war rages in Ukraine’s back yard?

It’s difficult to answer all of these questions until next May but what’s for sure is that the Eurovision Song Contest will write an important next chapter in the history of Liverpool; only time will tell how that chapter reads.