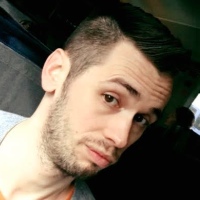 Forget The Rules, Eurovision Cannot Bring Back The 2020 Songs Written by Luke Fisher on October 26, 2020 | 1 Comment

While the rules of the Eurovision Song Contest state that the songs entered for 2020 cannot return in 2021, given the changing times we live in, should the EBU think again? Luke Fisher explains why this goes against the ideals of the EBU and Eurovision itself.

Following the cancellation of the Eurovision Song Contest 2020, the European Broadcasting Union announced that the 41 songs entered for Rotterdam 2020 would not be eligible for 2021’s Song Contest.

That was undoubtedly the right decision. At the time the EBU, along with many other event organisers, probably assumed that by January 2021 most of this pandemic would be under control and could look ahead to a ‘normal’ event in May.

We have four plans for May, and at least two of them work on the basis of not all of the artists being in Rotterdam.

The world has changed with the impact of the pandemic, as have some of the basic rules of the Contest (such as singers not necessarily needing to physically perform from the host venue). Should we also be re-examining song eligibility? While we as fans have ingrained in our minds the ‘September 1st rule‘ as the final arbiter for eligibility, there might well be people asking ‘why don’t you just re-run the same Eurovision Song Contest a year later?’

On the face of it there’s a very good argument for just running through the same 41 song roster again in 2021.

The EBU has confirmed that the same 41 broadcasters are turning up, and if Rotterdam can use the same plans, then why shouldn’t everyone else? Had the likes of Hungary or Montenegro returned, it would have been awkward to argue why 41 countries should have more than 12 months to perfect and promote their entries but one country doesn’t! Similarly, if any of last year’s broadcasters had dropped out it would be somewhat cruel to allow the other 40 performers to get their moment and rob one act of theirs. But here we are, it’s looking like everyone is ready to go in 2021 as they were for 2020.

Among those of us most enthusiastic about the Contest, the biggest emotional reason to do a full re-run could be to finally get some closure on 2020. With no competitive element in last year’s ‘Shine A Light‘ broadcast in May, the community relied on online votes and fan fiction to come up with what might have been. An actual result would finally put those conversations to bed.

However, there are some solid financial reasons as well.

By the time Rotterdam 2020 was cancelled, every act due to take part would have gone through various revamps and production time to find the perfect version, and that costs money. Most broadcasters would have had their creative teams already work out the staging, and that costs money as well. Every country is required to submit a preview video, a staging video, and guidance for what they want on their LEDs. All of those, be it for the participating or host broadcaster cost – you guessed it – money. 41 national broadcasters, artists, and music labels had already made a significant outlay to get themselves Rotterdam Ready, and in this time of economic crisis does it make sense to wipe out that investment and ask them to do it all again?

It is such a romantic idea to think that everyone who lost their moment last May could be given the gift of getting it back again next year. There are, however, real-world issues at play that make this incredibly difficult, even if the EBU had relaxed the rule.

Start with the artists.

There’s a whole world of events and gigs to be sung at in the lead up to both a National selection and Eurovision itself. Even after the cancellation acts moved to the successful Eurovision At Home series, appeared at ‘online’ community events, and ran their own gigs. Even with the pandemic precautions, there would be a Eurovision circuit to work through.

The PR opportunities in their own country ahead of a National selection show are vital for a lot of up and coming acts, and in many cases that three minutes on national TV is a prize in itself, let alone the opportunities that present themselves to a wider, European audience ahead of May’s big event which don’t come along very often.

Although several of them are still going to represent their country again, it’s a lot easier to get an interview to talk about a brand new entry than the one we heard them all talk about nine months ago. The lead-up to May would be pretty dead if we were just rehashing everything again – and that’s before you start wondering what the likes of Aftonbladet would have to write about if Melodifestivalen wasn’t happening. 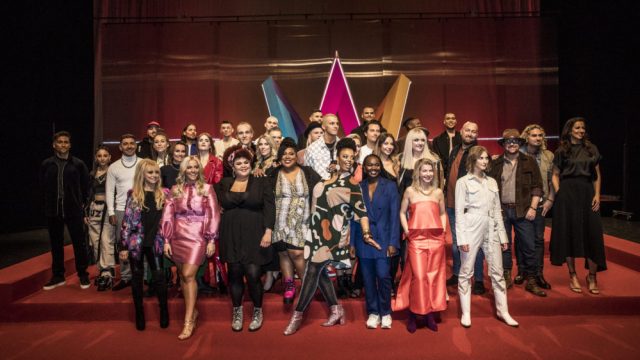 You may also have noticed your national broadcaster is finding it a bit hard to make television shows at the moment. While the big-ticket Saturday night favourites are slowly coming back with lots of talk about bubbles, any network controller looking at their budgets and schedules for the first three months of 2021 will see their eyes light up at being able to write in a National selection early next year.

Regardless of audiences or nationwide tours, taking up two hours of programming every Saturday night for a couple of weeks is really needed right now – even if it is a single artist looking for ‘A Song For Rotterdam.’ The EBU removing the need for a National selection takes away a major element of domestic programming and an important part of public service broadcasting that provides a platform for new talent. That doesn’t fit with anyone’s core values.

Then there’s the small matter of the music industry itself. What better way to try and make your unknown talent the next big thing than by entering them into the likes of Dansk Melodi Grand Prix or DORA. While some broadcasters will send the same acts next year, others are going to let everyone have an equal shot at the prize of performing to 180 million people.

And in those that aren’t, at least there is still a huge opportunity for composers and songwriters to keep working, producers to help out, and choreographers to get back strutting their stuff. In a world where live events have taken a huge hit since March, these are people that most definitely need the work.

For many people who tune in each year, the Eurovision Song Contest might only be ‘just a television show’, but its impact in different industries is significant. It would be amazing to replace the memory of May 2020’s sombre broadcast with the extravaganza we thought we’d never see; but asking the European music industry to just take a year out, asking broadcasters to forego their primetime schedules and public service remits; and asking artists to return to older material written before the world changed so dramatically is not amazing.

About The Author: Luke Fisher

A sports journalist by day, Luke Fisher has covered the Eurovision Song Contest since 2006. The founder of escXtra.com, he worked as Communications Coordinator on three Junior Eurovision events from 2013-2015. He tweets about a variety of things at @eurovision_luke.

One response to “Forget The Rules, Eurovision Cannot Bring Back The 2020 Songs”