Due to the Covid-19 pandemic, the Junior Eurovision Song Contest 2020 will involve the thirteen delegations performing in their home nation. ESC Insight’s Ben Robertson explains why this is not only a fair decision to make, but also how it is a much needed roadmap for the future of the Song Contest in these uncertain times.

The European Broadcasting Union confirmed on Tuesday September 8th that thirteen countries are set to take part in Junior Eurovision 2020 from Warsaw, Poland. This is the lowest number of countries since Kyiv 2013. The outbreak and subsequent spread of Covid-19 is the main reasoning for the many withdrawals, and has been directly cited as a reason by some broadcasters, including Ireland’s TG4 and Australia’s ABC.

It was back in May that the European Broadcasting Union had already confirmed plans to have Junior Eurovision 2020 in the Polish capital of Warsaw. In that announcement it was clear that the show was to be held in a TV studio rather than a large arena as has been normal in recent years. While a smaller venue may be easier to manage the new Executive Supervisor for Junior Eurovision, Martin Österdahl, cites “travel restrictions and the ongoing issues related to the Covid-19 pandemic” as issues that have meant this year’s Junior Eurovision, at least how we traditionally would expect, will no longer be possible.

The show will still go on. The key difference for 2020 is that each competing nation will perform their song from their home country.

The Only Sensible Decision

At the start of September 2020 there is still so much uncertainty in the world. Rates of infection are not constant, and neither are the travel restrictions in place across Europe and beyond. Looking at recent news, Hungary closed borders on September 1st to foreign citizens, Wales and Scotland added visitors from Portugal to their list of those that requires mandatory quarantine, and our host nation Poland has banned any flights arriving from Spain and Malta. The world is clearly in a constant state of flux and uncertainty about travel, and what is deemed acceptable to do this week may not be acceptable the week after.

The European Broadcasting Union outlined two factors that were used to make this decision.

The first is health. Travelling to Poland would likely increase the risk of more people coming into contact with each other and of catching the virus. The show in Poland will still happen, with presenters and interval acts on the stage, but also with the required social distancing of crew in place. So much may not be possible if thirteen acts, their families and delegations are all combined in one location with 30 seconds to clear the stage for each act to perform. One can also look at elite sport and the issues that have plagued various athletes who have had the need to stay in strict bubbles and undergo regular testing. Such scenarios have been far from foolproof and wouldn’t be a model that ethically fits children and their families. 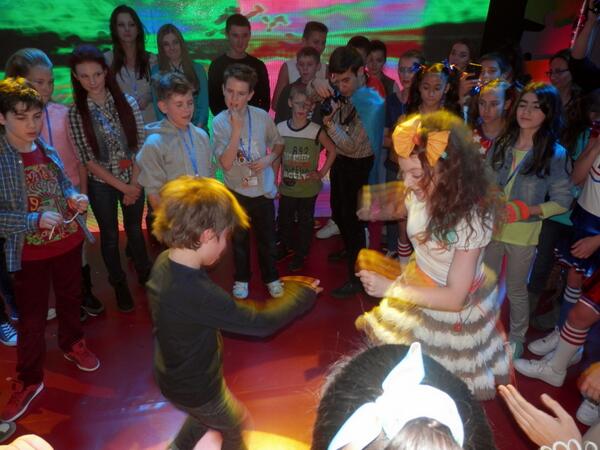 Junior Eurovision acts will not have their own Euroclub this year, as they did here in Kyiv 2013.

The second factor is that the European Broadcasting Union wants to ‘ensure the competition can still take place in a fair and safe way’. There is every risk with the unknowns about the world as it currently is that, should a second wave of covid-19 spread as winter arrives in Europe that restrictions locally in Poland alter. Furthermore, these may not be fair and balanced for each of the participating nations – take how the rates of Covid-19 spread in Spain recently have led to the banning of direct flights into Poland with one day’s notice. It would be one thing if artists and delegations could plan and work around possible eventualities and difficulties. That isn’t the case here. Cross-border travel has become a lottery and the risk of flights being cancelled and delegations missing rehearsals, or even worse the show itself, is a far more real possibility than it has been in the history of not just Junior Eurovision, but since the Eurovision Song Contest began in 1956.

While Junior Eurovision 2020 will still be hosted from Warsaw, each of the thirteen competing countries will be asked to perform from their home country. “The participants will have an equal time to shine,” promises Martin Österdahl, yet this statement goes beyond simply the three minutes each entry is allowed ‘on stage’. One of the requirements is to make the Contest as fair as possible, and that requires each nation to use a ‘similar stage layout’ and ‘technical set up’ as a part of the process.

In this the European Broadcasting Union are searching for two things. The first is a sense of equality. The fear is that performances recorded in each country could result in widening the gulf between those with funds and resources to create the best quality production against those that can’t. It’s one thing if a delegation wants to bring pop-up books, a dance troupe on hoverboards or glittery unfolding flowers to the stage; but it’s something larger if the actual fabric of that stage and its design is in itself radically different. There may be a common thread between each country to have the same size and shape of the stage, as well as the positions of lights and cameras. However don’t expect fireworks or waterfalls or anything out of the ordinary to be part of this year’s stage. With 13 countries needing to produce identical stages for just three minutes of television, we can’t expect a mindblowing televisual production to be on the table. Indeed, there is a need to produce a solution that every broadcaster can equally deliver. 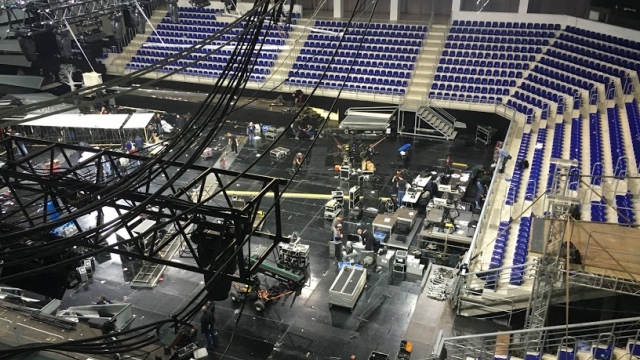 The second factor the European Broadcasting Union wants to consider is continuity.

It’s part of the fabric of the Eurovision Song Contest that each song performs on the same stage. While that physically isn’t possible this year, the EBU aims for that to be replicated as closely as possible. Many broadcasters, such as Sweden’s SVT and Iceland’s RUV, held their own local versions of the 2020 Song Contest in May using the official music videos. While a local success, jumping from one music video to the next meant viewers were dazzled by the vastly different settings which felt more like a clip show rather than a true Song Contest. The restrictions may limit some creativity, take Diadoto’s amphitheatre performance last May for a stunning example, but they will help to not just make the show more fair and even but also more coherent.

There is in addition the need to make sure that the show runs smoothly. Linking up not just satellite links between different broadcasters is one thing, adding the complexity of different broadcasters and different cameras and we are adding another level of magnitude to the risk of the final TV show itself. It is therefore little surprise that we learn that each of the performances will be pre-recorded, rather than being performed live on show day to Europe. This is a safety net for the organisers, ensuring that the quality, consistency and fairness is achievable even while it is done remotely.

There are questions to ask about how we make this a fair competition, for example with live vocals or possible retakes, and I am sure we at ESC Insight will look at that in more detail as we get more information closer to the show. It is completely fine that we don’t have all the answers to all the scenarios at this time – but it is positive that the European Broadcasting Union are keen to ensure that a balance and parity of performance quality is maintained no matter if the performer is in Madrid or Moscow this November.

A Model For May

Predicting how the world will be in November 2020 is tricky enough. Trying to predict the world next May is nigh on impossible. The Eurovision Song Contest was cancelled last year, but our new Executive Supervisor says that bringing that show back next year is “vitally important.” This quote however makes no consideration for ‘how’ the Song Contest is to return.

It is far too early to say that it will be like this, but this option is one that will be on the table and will be something that may need tweaking and refining after a first attempt. It would be far better to learn any pitfalls now should this situation be required.

This solution is no perfect solution and is far away from Plan A. Daði Freyr in quoted as saying he was ‘happy’ that Eurovision 2020 was not held in each competing country, because for him “going to Rotterdam and being on this big stage with the other contestants” was the driving motiviation.

And he is correct – we miss out on so much.

But we gain a Song Contest that may not otherwise exist. There is after all no desire to have a Junior edition of ‘Eurovision: Europe Shine a Light’ this November. If we learnt anything from our replacement show this May it is that the core elements of Eurovision that bring people together are the songs, the performances and the tradition of voting for a winner. That unites people – and that is the true nature of what Eurovision is all about. While performing in a TV studio in Kyiv or Nursultan may not be the most exciting Eurovision buzz we dream of, that is the solution to how we connect in this new normal, and give the Eurovision experience and exposure to our new artists and their music.

In discussing the nature of Eurovision 2021, Martin Österdahl is quoted as saying the Eurovision Song Contest must remain “agile but true to its traditions, its values and its history.” This decision is a test of that agility and the solution is an innovative one, designed to keep the show running as close to its traditions as possible. November’s show will still be Eurovision – in as many ways as it possibly can be. The European Broadcasting Union, together with the host Polish broadcaster and all the thirteen delegations involved, will all have to be adaptable and flexible to make this project work. Should it all come together then we have the roadmap we need to ensure that, no matter how terrible the world is next spring, a Song Contest can live on and unite families and friends through music and joy.

It is sad that Junior Eurovision 2020 can’t be as it should be. However in writing this today I am feeling better about the world, and more certain that there will be a Song Contest for all of us to enjoy not just this November, but into next May and able to cope with whatever stands in its way in the future.

One response to “Thirteen Songs in Thirteen Studios: How Junior Eurovision Survives”