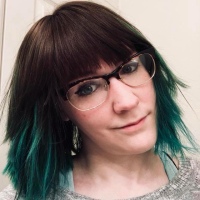 Your Three Minutes: How Italy Changed The Language Of Eurovision Written by Jenny Gerlach on November 1, 2018 | 4 Comments

We asked Jenny Gerlach which song changed how she saw the Eurovision Song Contest. What we got was a close examination of how to mix languages at the Contest to connect across the continents…

I’ve been listening to a lot of Italian music lately.

Not just any Italian music, but Francesca Michielin who participated in the Eurovision Song Contest 2016 for Italy with the song ‘Nessun Grado Di Separation’ (‘No Degree Of Separation’ for a strictly-English speaker like me).

Unlike some at ESC Insight (…Ewan…) I never claim to go for the Italian entries. Friends in the bubble describe Italy’s entries as rich, vivid, and expensive. I usually look to the Song Contest for something else… for instance can I dance to this in my car or sing it off-key in the kitchen?

When this teenage girl was announced, I found the song slow (that’s a no to the car-kitchen checkmarks) and what a shock, it was in Italian. Italy hadn’t voted for her to win Sanremo, but when Stadio acknowledged they had no interest in taking ‘Un Giorno Mi Dirai‘ to Eurovision – but knew that Michielin very much was – RAI handed her the ticket to Stockholm 2016. I remember her hat, fabulously bold lipstick, and wondering who does she think she is? This girl, younger than me, but looking so fierce. How Italian.

But that’s the thing. What does ‘How Italian’ mean? Some countries present the same three minutes over and over again; returning to their favourite acts comfortable sounds, and traditional elements. Some countries present similar themes or presentations; one can safely expect Portugal to send a song in Portuguese and probably expect it to be a jazzy or dreamy number like 2017’s Salvador Sobral or 2018’s Cláudia Pascoal. Russia has been known to send spectacle on top of spectacle (some may argue style over substance), while it feels that France pretty exclusively sends French tracks just one beret short of a smokey night time cafe under the Eiffel tower.

Even things done well can’t escape complaint. For a song and performance contest, Sweden has taken a lot of grief for presenting a spot-on performance for a music video, but that’s an argument for some other time.

The point is, every broadcaster has their own shorthand and you either embrace it, or you lean real hard in the opposite direction hoping for a different yet positive reaction (we’ll never know which direction the Bulgarian delegation were planning for Tel Aviv 2019).

Italy’s RAI is no different. I wouldn’t say looking rich, vivid, or expensive are negative aspects, just that they can be off-putting – exponentially so when the lyrics are usually fully Italian, either requiring a grasp of the language or depending largely on the song presentation to do the heavy lifting instead of the lyrics, either by way of the music video (not a factor for first-time viewers on the night) or transferring the music video to the stage somehow (in lieu of falling to the floor and cutting the music a la Spain, might we suggest a man in an ape suit and hope for the best?)

‘La mia città’ by Emma or ‘Grande amore’ by Il Volo were big winners for me, but despite the latter’s goosebumps-inducing track, I felt no emotional connection, and if three sophisticated men bellowing seductive Italian at me won’t create an emotional tie how could a low-key song by a stylish yet young songstress alone on stage get a reaction from this cheese-loving fiend?

But then it finally happened.

It starts in Italian. You can get the feeling or emotion from the song itself, but as to the words, well you’d need to know Italian. It’s delicate, a whisper of a verse. The song then builds at the pre-chorus, from whisper to her real vocals. Then a burst to the chorus, and the cycle repeats. A calm settles on you—“no, I don’t know what she’s saying, but I’m here for it,” you tell no one in particular.

The song flows onwards, you as its passenger, and then suddenly you understand.

Halfway through the song there’s a change. Same song, but now in English. Let’s look at what this does if you really sit down and listen to the song as an English speaker like myself.

At first listen, I didn’t realise the language switch had occurred. As soon as Francesca switches, she switches back, but the build has expanded even further! You feel a swell like a wave has carried you from the calm sway to the peak of her chorus. If you weren’t there already, you are now. 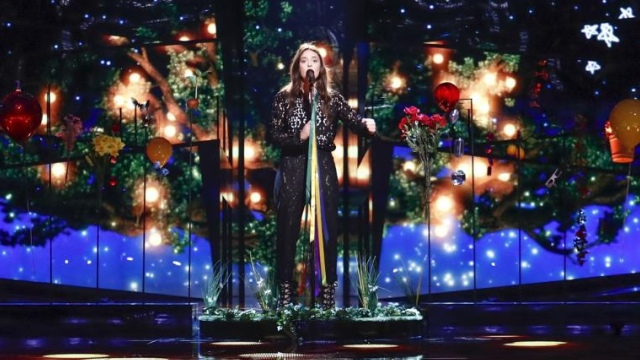 It’s 2018 now; this song is a couple years old, but I still go back to it. Something about the method in which the alternate language is used, how it just sneaks in. It’s precarious and seems like a spur-of-the-moment thing in a Contest where we all know every single step is meticulously coordinated.

If you look at fellow 2016 participant Amir with the French entry ‘J’ai cherché’ he breaks into English at his chorus, but this doesn’t have the same result. Each time it’s the chorus that’s English, each verse and bridge in French, so you don’t get the feeling something has been connected somewhere. It is a song to be celebrated in its own right for breaking a formula, but not as effectively. It’s still just a man dancing on stage in a language I have only a vague grasp of, occasionally breaking into English – mind you, this sentence can be applied to any number of entries.

Or, sticking with the other 2016 entries, Ukraine’s Jamala did the inversion of Francesca, with bits of Crimean Tartar throughout the predominantly English ‘1944’. While an effective tool for hammering emotion home, nothing for me has touched the connection Francesca brings.

It’s natural, and seemingly serves no purpose other than getting a bit of English in, but where some might go wild for an all-native language entry at the Song Contest, to me personally, this is better.

I may get a feel for a song in a language I don’t understand and really like it, like this past contest’s ‘Nova Deca‘ by Serbia’s Balkanika and Sanja Ilic—which I still don’t know what it was about, but I don’t at all care because it worked for me, and it was fine to leave it at that. I don’t gain anything from it as a performance, though, and don’t seek to find out more.

But ‘Nessun Grado Di Separation’ is as clear to me as the title suggests. If the song had been from start to finish in Italian, it’d have been a nice song I’d casually listen to on the shuffle, maybe skip it. But as it is, I never skip it. Alternatively, it would have also been easy to pass over if it had been entirely in English.

You see why this is a tricky tale to tell: it’s that healthy balance, that feeling of a country sending its own language to a Contest full of English songs, but the key difference is accessibility, that little bit of English to open that door for you as a listener – again, a primarily English-speaking one. To me, it’s almost as if she’s letting you in on a secret with that vulnerability. It is brief, but for a country seemingly known for sophistication and elegance, it’s so impactful. That Francesco Gabbani went the following year with the aforementioned apeman seemed like a blow to me personally after the emotional resonance of Michielin’s signature track, but the reason ‘Nessun Grado Di Separation’ did well was its catchiness and more importantly, it’s accessibility.

Sometimes Subtle Is Not Enough

Accessibility is not only sending an English-only track; it’s bringing English speakers along for one’s own nation’s language as a journey, all in three minutes. After all, there’s nothing strictly Italian about this song, other than its primary lyrics.

That fluidity is a part of accessibility. It’s not campy as so many entries are, but for me, it passes ‘the test’ and this is it: could it stand alone as an everyday music video you could share with your not yet into Eurovision friends?

Francesca placed 16th with 127 points in the Grand Final, so it’s likely not all felt the same as me about the song. But to be fair it took me a few listens to even realise what was happening, and a large arena setting coupled with one chance at hitting it home may not be ideal for that. Looking back, I’m surprised it placed that low, but not too surprised.

This delicate song was easily overpowered and overshadowed by others on the night, not to mention other events surrounding Eurovision 2016, such as Romania’s withdrawal, the incidents involving jury votes, or even Justin Timberlake’s presence. As a Big 5, Italy only had one chance at the stage, and for a young woman standing on stage with various balloons and accessories, that just wasn’t enough. Still, entries have come and gone since ‘Nessun Grado Di Separation’ and I’m still here talking about it rather than a newer song.

About The Author: Jenny Gerlach

Jenny Gerlach is an American residing in a Eurovision world since Lordi graced the stage in Greece in 2006. She treats the Eurovision Song Contest as a "season," each year's entries her "entire sports team," and will ask you "have you heard of (insert song title here)?" even if you hadn't asked simply because she felt you needed to hear it. She loves watching semi-finals in languages she doesn't understand whilst knitting fervently. She can't wait for Eurovision Asia to become a thing to further justify her Japanese minor and return to Tokyo, but in the meantime, have you heard this song yet? She can occasionally be spotted squealing about all things ESC on Twitter as @queen_saraiyu.

4 responses to “Your Three Minutes: How Italy Changed The Language Of Eurovision”