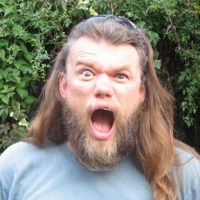 There have long been rumours of multiple simcards, friendly call centres and dodgy backroom jury arrangements. But in an increasingly corruptible world, how can we be sure that our winner is genuinely the continent’s favourite song? Roy Delaney explores the possible new futures for Eurovision voting.

Nobody expected Russia to pull such a tactical masterstroke. We’d pictured teams of crack musical scientists and their authoritarian space robots laser cutting the Russian entry in a sterile lab and putting a host of potential singers through a punishing bootcamp in Siberia. But instead they’ve kept it simple and gone straight for the heartstrings. Whatever we might happen to think about her nation’s intentions, Yulia Samoylova’s Eurovision entry is still a contender to win this year’s Contest, and we shouldn’t go cancelling those speculative hotel bookings in Sochi just yet.

Yes, for barring the unexpected discovery of the next Abba, or a song so utterly delightful that the whole continent instantly falls in love with it (cough ‘Portugal’ cough), this Contest could still very easily be Russia’s to lose. Well, if it can, ahem, allegedly influence the result of the American election and have a hand in the dismantling of the European Union then the country is surely able to sort out the result of a funny little singing show in its favour? After all, what bigger coup would it be to win the show in the backyard of their most troublesome neighbour?

Much has been made of the effects of proximity and diaspora voting in the Eurovision Song Contest, but in all reality these effects can only ever be negligible across a continent packed with so many countries. In this increasingly technological world, the ability to tweak results to guarantee the result that you want can surely only be a couple of Contests away. And when that happens, the EBU will have to fundamentally review the way that it gathers votes, as the propaganda possibilities that come attached to winning the Song Contest are getting more attractive by the day.

Of course, we used our Russian cousins as an example for purely comedic means, but there are many countries for who a win at Eurovision could become a massively important event. Whether it be for political gain, to highlight a burgeoning tourist trade, or for any manner of other lucrative commercial reasons, a Eurovision victory could reap massive rewards for a nation, and for those with the inclination and the wherewithal, it’s a tempting target.

For many years, talk of the bulk purchase of simcards has muttered around in the darker corners of the press halls, and rumours of entire call centres being employed to do nothing but vote are now being voiced. With the emergence of VPN facilities, it’s never been more easy to vote for your own country from your own country. I’ve long been an advocate of keeping the results of the Eurovision Song Contest in the hands of those people who value them the most – the viewers. But it’s becoming more apparent by the day that this system is more liable than ever to deliberate sabotage and sneaky tricks.

What About Tweaking The Jury?

“So why not make it a 100% jury vote,” we hear many of the old school purists shout. But hold on there for a moment – isn’t this existing system already wracked with fundamental flaws? For a start, taking the result out of the hands of the people and throw it to the mercy of a small panel of self-appointed experts is likely to stretch the already growing disconnect between the viewers and the show. It’s almost as if we’re telling them that they can’t be trusted to select a winner, and that these serious looking people on the panels know better than them. That’s never a good thing when you’re trying to appeal to an audience and let them feel ownership over a result.

It’s also achingly apparent that the current five-person system is no longer fit for purpose. For a start they are infinitely more corruptible than the current televoting system, and the opinions of just a single forthright member in the jury room can seriously cloud the judgement of all the other panel members. On top of this, they are voting for all the songs in comparison to each other, rather than voting for the single song that they like the best. So the compromise winner from this averaged out system is almost always going to jar with the more instantly populist feel of the song that tops the public vote. There are also issues to be raised about how truly independent any judge can be. Consider country clumps like the Balkans, the Baltics, and many of the ex-Soviet states, where the music industry is small, and many of the people within it have careers that cross many borders. How can these people then be truly independent?

Indeed, over the last few years there have been suspect voting results such that a number of jury votes have had to be suspended, while many more are have the appearance of ‘not being proper’.

It’s clear that things will have to change sooner rather than later, so what can we do about it? Many people have posited the idea of having larger juries, made up of a broad range of people of many ages and walks of life. This would indeed be more representative than the current small groups, but begs the question of how you would organise them. Gathering them together in one large hall could prove expensive, and the possibilities of one or more interested parties plying them with gifts and lobbying them for votes is still a distinct possibility unless the highest possible security is enacted. But even then is that preferable to the current system?

Or maybe there’s the Sanremo model. For many years they’ve been dividing their votes between the good folks at home, a broad ranging expert panel, and the opinions of the folks in the press room. But more recently they’ve entertained the concept of the demoscopic poll, whereby a sample of 300 music fans with a broad range of tastes and buying habits are able to vote for their favourites from their own homes via an electronic voting system. Imagine if this was rolled out across the continent, and instant voting was possible. It could cut down collating time, and surely rid us of at least ten minutes of tiresome local folk dancing in the intervals. But again, with a bit of thought it could become eminently corruptible, as vigilant hackers could crack the system, or the names of panelists get out, resulting in them being showered with gifts and benefits in much the same way as the old Top 40 chart return shops from the past. But despite this, it’s a concept that’s surely worth exploring.

And while we’re at the electronics, why not have a look at giving the crowd in the hall a say? After all, they are considered to be the people with the closest connection to the contest – surely they could be trusted to contribute to the result? But how would they vote? Well if those technical wizards can give out enough glittery bracelets to effect a dazzling co-ordinated light show in the stalls, it’s surely not beyond their wit to include some manner of feedback facility on those units that could assist in helping the people down the front tell us who their faves were.

Can we have a vote? (Andreas Putting / EBU)

Again, it’s a lovely utopian idea, but one that could lead to single countries bulk buying tickets in order to try and influence the votes – and is that the kind of crowd that we want in front of the camera? As much as we always moan about the inflatable Israeli hammers and greek flags, we’d miss them if they weren’t there and replaced by a phalanx of sombre-faced drones waiting for the magic moment they can press their buttons and collect their five pounds (or whatever other convertible currency they prefer).

And if not that, then perhaps the Eurovision app could have a direct voting component – although the homogenous final result table of this year’s public vote at the Melfest suggest that this method also requires a little work. There are so many potential new methods to consider, but each of them seems riddled with potential problems.

Is There An Answer In The Forest?

So how else can we devise a voting system that can get the most accurate, generally accepted result in this infinitely more corruptible world? My feeling is that we are going to have to look at methods of combining all of the above into some kind of coherent whole. The organisers are surely never going to totally do away with televoting, for two principal reasons. One is that it still offers the public some sense of physical connection to the show if they are still, in theory at least, able to help select a winner. The other is a little more financial. Would the EBU really want to do away with the extra slice of revenue that the phone votes bring in?

So perhaps fractionalising the votes into a variety of distinctly different sources could lessen the effects of unscrupulous agencies attempting to influence the results. A blend of televotes, extended juries, demoscopic voting and fan choices may make the adding up time a little more protracted and complicated, but it could also temporarily halt the march of the dodgy jury and the call centre influenced televote.

One thing is for certain. Someone high up in the echelons of the EBU is going to have to take a long hard look at this very soon, or things could start to get very unsettlingly predictable around here. Oh, and just out of interest, you can still get 25/1 on a Russian win with some bookies. It might be worth a speculative cover bet, just in case, like…

8 responses to “Maintaining Trust In The Eurovision Voting System”