Earlier this week the participating broadcasters found out which semi-finals is theirs for participating or voting. This is where the Reference Groups pots typology is supposed to flatten out patterns of neighbourly or diasporic voting. Has it? John Egan offers some perspective.

Raise the flags of all nations! (EBU/SVT)

For those relatively new to the world’s favourite Song Contest, there was a time when the semi-final qualification seemed like it would be the end of Eurovision. Beginning with its introduction in Istanbul 2004, it was readily apparent that countries without several ‘friends’—whether through linguistic and geographic neighbours, former co-citizens in now collapsed federations, or with enough of your own citizens living as ex-pats to skew a televote—getting to the Saturday night show seemed impossible. 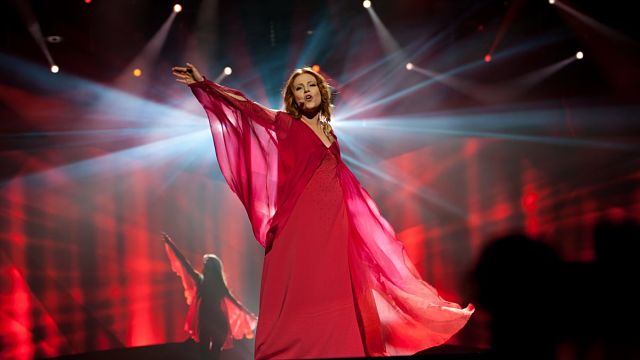 Doubtless some fans used these results to validate ethnocentrism or racism, but the scores told the tale. And for several broadcasters in smaller countries with extensive traditions of participating in theSong Contest, it was becoming untenable to participate at all. Whatever ‘it’ was, it was not good. Thus a series of changes have been implemented to refine the scoring system in the semi-final era:

These tweaks have, broadly, improved the competitive aspect of the Contest. But so long as semi-finalists were randomly drawn to the two semi-finals, it was possible for several countries from a voting bloc to end up in one semi-final and thus lift one another up. Not enough to win the Contest, perhaps; certainly enough to make it out of the semi-final.

The participating broadcasters have now learned which semi-finals is theirs for participating or voting. Has the pots typology managed flatten out the potential for neighbourly or diasporic voting. Let’s take a look.

Why pots? In the semi-final era all but two winners are bloc members (Greece 2005; Austria 2014). We have also seen at least two bloc entries in the top five of every single semi-final era Grand Final. Much of this success is related to the quality of the entries—absolutely. But in a year with a handful of contending entries, bloc support can make the difference between first and fifth place. Just ask Dami Im, Löic Nottet or Il Volo.

The pots typology is mostly simple; the nomenclature used here is our own (not the EBU’s). There are three obvious and persistent voting blocs in the Eurovision: Balkan. Ex-Soviet and Scandinavian (pots 1, 2 and 3). There are also a few smaller, consistent patterns of voting bias, which are distributed as logically as possible across the remaining groups:

One thing should be made clear: there is no perfect pot allocation model. This is a thoughtful but coarse method to try to somewhat minimise voting bias with respect to qualification out of a semi-final. And while many assume this is all about televote scores, It is remember that national juries aren’t known to be wholly unbiased (or meritocratic) in their ranking of entries. The pot system endeavours to address both components of the scoring system, public and jury.

Serbia should be very happy, with three reliable point swappers in their semi-final: last year Serbia swept the televote douze points in the Grand Final. Albania could only be happier if Macedonia were also in their semi-final. Last year only two from this pot (Croatia and Serbia) advanced to the Grand Final. There’s perhaps more bandwidth for a Balkan lift on Thursday night, since Slovenia doesn’t give or get as much love in this bloc. We have had only one winner from this bloc; in recent years the Balkan bloc has struggled to hit the top 10 on Saturday night.

This is about as balanced a split as possible between the various relationships within this pot—and this pot has produced FIVE winners since 2004. Estonia would have preferred to be with Finland and Sweden; Iceland with Denmark. Norway tends to give Sweden more points than vice versa, so the Swedes are perhaps a bit disappointed on that count. Finland and Estonia tend to benefit less within this bloc, except in supporting each other. The nightmare scenario (Sweden, Denmark and Norway in the same semi-final) has been avoided.

This pot has provided four winners in the semi-final era and it splits reasonably well this year. Georgia will benefit from sharing a semi-final with any of the pot members, so they would have been happy regardless. Ditto Russia. Armenia and Azerbaijan would have preferred any other pot member but each other—bummer! Hosts Ukraine, who are usually in this pot, are voting on Thursday night, which will make Russia and Belarus very happy indeed. It’s conceivable all six could qualify. Not probably or plausible…but conceivable.

Only one winner from this pot (Greece 2005), but usually consistent Romania and Greece have very consistent qualification records—and Moldova’s isn’t terrible either. Greece will be happy to have Cyprus in its semi-final. Romania and Moldova will be disappointed they’re not in the same semi-final. Bulgaria’s hoping to repeat Poli Genova’s success in Kyiv—but won’t be relying on any special relationships to do so. Otherwise, there’s nothing to tell here.

Austria is our only semi-final era winner here, though Australia was close last year in Stockholm. With Spain voting in semi-final one, Portugal should be pleased. With the UK also voting in that first semi-final, Australia will be chuffed and Malta chagrined. As a “none of the above” pot, the rest doesn’t matter very much.

No semi-final era winners here. Ireland should be somewhat happy and somewhat unhappy. The Irish are not sharing a semi-final with Poland and Lithuania, but the UK is also not voting in their semi-final. Poland will be disappointed that Lithuania’s large Polish community won’t be able to lift them towards qualification. Latvia and Lithuania will miss each other…but only a wee bit. And the pairing of Belgium and the Netherlands remains a bit comical—they’re not known for consistently awarding each other top marks—regardless, they are in different semi-finals.

What We Don’t Know

Overall, the pots have done their part, particularly in the main voting blocs. Prior to the allocation draw, all things were equal; subsequently, most things remain so. We only have five of the semi-final entries decided (Albania, Belarus, Georgia, Finland and now Switzerland). Based on earlier years we can assume the staging (and quite possibly, arrangement) of most of these will change before the Reference Group meeting in mid-March. In effect, both semi-finals remain clean slates. This makes any sort of refined inferences about individual entry rankings tricky at best.

We also know that the producer led draw—which we still contend introduces a legitimate argument around favouritism –seems to have less impact on qualification/non-qualification. Qualifying is the goal from the semi-finals: winning a semi-final counts for nothing come the Grand Final.