This is Stockholm: Enjoying Eurovision With No Accreditation Written by Alison Wren on April 24, 2016 | 1 Comment

Stockholm is going to be full of people wandering around with lots of big ‘Come Together’ laminated cards around their neck. They are called accreditations and oh boy there will be plenty of them in Stockholm this year. However you can fully enjoy Eurovision without an accreditation as well.  Alison Wren reviews your options.

What’s The Deal With Accreditation Anyway?

Accreditation is a working tool for staff, delegates and press during the Eurovision fortnight, allowing them access to the work spaces and leisure areas such as the EuroClub. Ten lucky fans from each participating country have traditionally gained F fan accreditations, allowing them to join in some of the fun.

This year, as in Malmö in 2013, there is an additional category for fans which allows access to EuroClub to watch rehearsals during the day, and to enjoy the EuroClub in the evening. Known as F2 accreditations in 2013, these are now called OGAE accreditations as only members of the Fan Club have been able to get one. Over 2,000 OGAE members have taken up the offer of buying one for 500 SEK to gain access to many of the big parties. However, if you don’t have OGAE accreditation, there is plenty to keep you busy throughout the day and night for your time in Stockholm.

To give you a taste of what you can expect, Wiwibloggs have created a video tour of the key locations around Stockholm for the fans, both accredited and non-accredited. Most of the sites are central, with the Globen arena complex just ten minutes from Stockholm’s central station.

Eurovision During The Daytime

When the sun is high in the sky, as well as sightseeing as we have previously mentioned, you will be able to take in the Eurovision feeling at Eurovision Village in Kungsträdgården from the 6-14 May. Under the cherry blossom there will be a range of performances from Eurovision artists, stalls, activities and food from all the sponsors. Keep an eye on the Eurovision Village’s Facebook page for the full schedule release – but we can reveal one secret already. On the small stage at 12:00 on Tuesday May 10th there will be performances from students at Internationella Engelska Skolan i Kista, performing a selection of Eurovision and foreign language songs, organised by ESC Insight’s own Ben Robertson.

Between the 2 to 13 May Euro Fan Café will be open for everyone from 11:00 to 20:00, so you can soak up the Eurovision atmosphere, and take in a drink in one of Stockholm’s best locations. The second floor, south-facing balcony is going to be immensely popular. The schedule will be released soon, but you can expect meet and greets with artists, quizzes, discussions and other fun activities. Yes the paid accreditations are a thing and the parties sound epic, but there has been work done throughout to make this a venue for the public as well.

If you have any questions, OGAE Sweden will be manning the fan desk between 12:00 and 16:00, so come along, chat to them and take part in the fan voting. Press and fans holding accreditation will also be able to watch rehearsals in week one streamed directly into the venue, so if you do have passes don’t forget them, and if you don’t there’s only a tent wall separating you from the action (how soundproof can it actually be?). 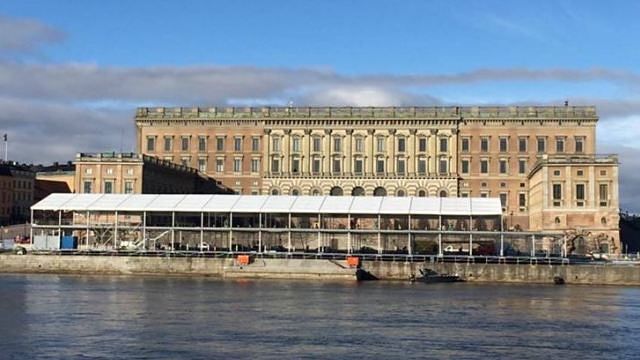 Stromma sightseeing tours are embracing every Eurovision cliché, holding a ‘Pink Program’ over the fortnight with Eurovision-themed tours and boat trips.  Fancy a sing-along buffet-cruise around the archipelago or an ABBA boat tour combining the history of ABBA with iconic locations around Stockholm? Now you can combine the beauty of Stockholm’s waterfront location with Eurovision history and music.

Quiet Nights In And Blazing Parties

Before anything else, expect to see Eurovision splattered across SVT’s broadcasting during the two weeks.  You can catch the last two Eurovision preview shows on SVT1 Tuesday 3 and Friday 6 May at 8pm with Christer Björkman presiding alongside Melodifestivalen stars and no doubt revealing far too many of his personal opinions. 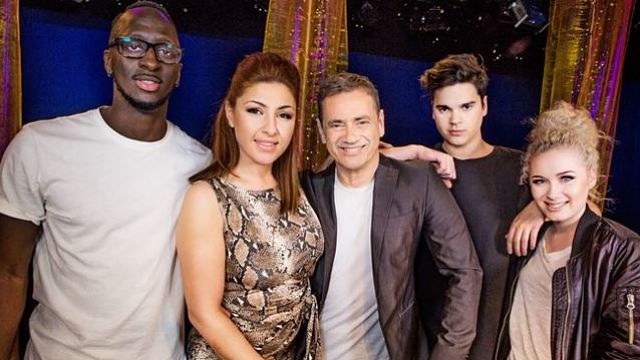 Christer Björkman will tell us what he really thinks of the Eurovision songs in Inför Eurovision Song Contest. Photo: SVT

If like me, your Swedish isn’t quite up to scratch, Sweden has a children’s TV program for you. Fredagkvall med Malin covers Swedish pop music, Melodifestivalen and Eurovision in easy-to-understand Swedish. On Friday 13 May there will be a special Eurovision edition at 19:45 on Barnkanalen. Also Gina Dirawi is hosting pre-shows before each of the Semi Finals which will include interviews and the like.

For going out there’s going to be plenty of options in the Eurovision fortnight as many other venues cash in on the Eurovision circus being in town. Casino Cosmopol is going Schlager on Friday 6 May with guest star Anna Sahlene. Mingle and enjoy the show with Schlager music between 18:00-21:00. The following night on Saturday 7th May sees Hera Bjork waltz into town, performing two gigs at Stockholm’s Playhouse Theatre.

With Richard Herrey as the General Manager, Hard Rock Café knows how to throw a Eurovision party, and this year they have a busy Eurovision week planned. So far they have announced OGAE Finland pre-party on the 10th May and Minus One will be playing on 12th May, but keep an eye on its Facebook page as we are sure they will be hosting some more fabulous events.

The official unofficial Eurovision venue this year is Operaterassen, basically in the middle of the 300 m walk from Eurovision Village to EuroClub. From May 10th to May 14th it is an alternative venue for non-accredited fans called EURO After Party 2016. Dana International, Charlotte Perrelli, Samir & Viktor, Ace Wilder, Magnus Carlsson and Dinah Nah are all signed up to perform already as well as Sergey Lazarev on Friday 13th May. You can buy a ticket for all five nights for 600 SEK or individual nights from 120-250 SEK each.

This year’s EuroClub is only accessible with accreditation, and there will be no day-tickets available to purchase. From May 2nd it is open until 01:00, and from May 6th until a whopping 05:00 every night. Inside the venue there will be two main areas – Euro Fan Café and EuroClub, with an additional bar upstairs, balcony, and delegation area. Expect artist performances and DJs in both areas every night.

OGAE’s annual party is again held in EuroClub as traditional on the Wednesday (this year May 11th). It’s worth mentioning here because it will be possible to get access to the Wednesday for non-accredited members of the fan club, however details are not yet confirmed. Speak to your club President if this applies to you.

If you don’t have tickets to all the shows, there will be plenty of places to watch. There are still some tickets available to watch in Globen for all the shows except for the Grand Final. For that night, Eurovision The Party offers the chance to watch the show on a big screen, with pre-show performances from Eurovision and Melodifestivalen artists. Prices are a little steep, with entry to watch a big screen over 300 SEK, but you get the bonus of Gina reading out the points live on location and having to avoid the 225 SEK price for afterparty entry (which you will of course spend anyway on two drinks).

If you are looking for a free venue to watch the shows, the big screen in Eurovision Village will be showing all the broadcasts. If you hold accreditation, EuroClub will also be screening the broadcasts of the two Semi Finals.

The official Opening Ceremony on Sunday 8 May will be a little geographically disjointed this year. It starts with a walk down the 94 m red carpet located outside EuroClub. The delegations will then get on a bus and take the five minute ride to City Hall for the ceremony with the official town, then back to EuroClub for the opening party. Accreditations will be needed for the best spots, but we know the city is expecting thousands to line the streets for the big festival.

And just before you arrive in Stockholm next week, for all fans accredited or not we’ll be making our own two-week schedule of all the best bits to do – don’t miss it!