When Your Biggest Arena Is Too Big To Host The Eurovision Song Contest Written by Ben Robertson on April 2, 2016 | 1 Comment

You all know that Melodifestivalen is a big deal. So much so that each year the Final sells out over 30,000 people in Sweden’s national football stadium, Friends Arena. Yet in hosting the Eurovision Song Contest this year Swedish broadcaster SVT chose the far smaller Globe Arena. ESC Insight’s Ben Robertson attended the final of Melodifestivalen and tried to work out why this top category stadium is not hosting the Song Contest in 2016.

When the Melodifestivalen tour began in 2002, the Final always ended up back in Stockholm at the iconic Globe Arena. The host venue of Eurovision 2000 was the capital’s flagship stadium and was the natural home for the celebration of Sweden’s six-week long musical journey.

Ten years later though and as Melodifestivalen tickets in Globen sold out like wildfire along came some competition. The capital’s football teams saw a gap in the market not just to replace their aging stadia but to also use shiny new equivalents for big concerts and events during the winter months. North of the city, AIK now found their new home in Friends Arena, the three-tiered 50,000 seater stadium which replaced the old Råsunda stadium used during the 1958 World Cup. City centre teams Djurgården and Hammarby combined forces to build a new arena together, the Tele2 arena we know for hosting Eurovision The Party this year, replacing in Djurgården’s case their use of the 1912 Olympic stadium. 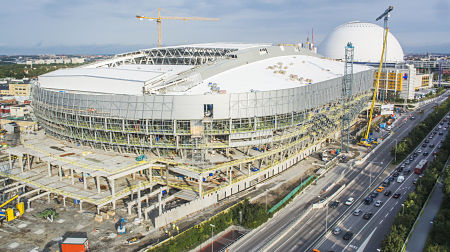 Shortly after Loreen’s victory in Globen, the announcement was made that for the 2013 edition Friends Arena would host the Melodifestivalen Final. Overnight the final would treble in size. After Sweden’s landslide in Baku, many expected Friends Arena to be test-driven with Melodifestivalen and then host Eurovision shortly after. Malmö’s successful bid, bringing Eurovision to an arena even smaller than Globen, scuppered these grand plans. Fate has now brought the Song Contest back in Stockholm, but back instead at the same venue that was used in 2000.

Melodifestivalen has remained in Friends Arena for four years since the move from Globen. The move has of course allowed many more people to get access to the Melodifestivalen phenomenon, and has raked in tons of money to LiveNation who organise the tour. Tickets at the front of the arena this year cost well over €100, and even the cheap seats at the back of Friends Arena were around €40. Not only is this the biggest National Final on the circuit but Melodifestivalen is also by far the most expensive. They do pretty well for what is only a two-hour show.

Friends Arena has felt the wrath of many critics. The acoustics in the venue are generally considered poor, and the atmosphere on the floor is substantially less exciting than the huge attendance would have you expect. There is no ‘wall of noise’ made by the crowd, instead pockets of excited fans in each corner of the stadium infiltrate the sound of silence.

Sound from the back of Friends Arena takes more than a split second to reach the audience from the stage (Photo: Alison Wren)

In 2012, the feeling of the noise that engulfed me on the floor before Loreen arrived on stage has stuck with me ever since. This year Frans was the big favourite, and despite the crowd enthusiasm the clapping around the arena grinded to a halt half-way through. People were just too far away from the stage to get the timing right, and any perk or buzz the audience had quickly fizzled away. Walking out to meet the press on Thursday, Frans was clearly daunted by the size and scale of how cavernous Friends Arena, but you couldn’t notice the atmosphere affect his 17-year-old shoulders once during his three minutes on stage.

The result of the relative dullness inside the arena is that fans are not interested in attending the show. Yes, the show sold out this year, but a large number of hardcore fans who make the annual pilgrimage now stay away. The Swedish branch of OGAE, Melodifestivalklubben, usually has to do a random ballot to determine who gets tickets in their allocation from the production company. Despite a surge in membership the numbers applying for Final tickets fell to a level where no draw was needed. Instead an increasing number of the group are staying in a bar to watch the show on a big screen, making their own festive atmosphere.

Perhaps the Friends Arena bubble is going to burst after everybody has had their chance to attend a few times. After all a lot of other countries have scaled back their National Finals. Norway has stopped the tour around the country due to finances, and Germany’s Thursday night format has moved to smaller and smaller venues each time. Even neighbouring Denmark only held the competition this year in a venue with a maximum 4,500 capacity. 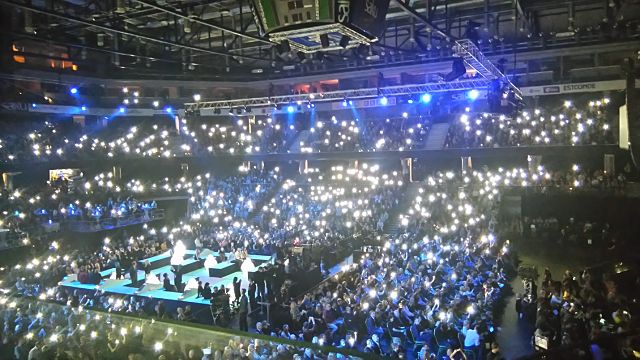 The Challenges Of A Big Arena Contest

We spoke at Melodifestivalen to the Executive Producer of Melodifestivalen, Christer Björkman, about his preferences in terms of Eurovision stadia. Christer quite clearly preferred the smaller venue.

“The live feeling is more evident [in a smaller arena]. If you do a reverse, that is when you go around the artist, then you can feel each and every person in the arena. Here at Friends Arena you see just the first ten rows, the beams of light and the LED stripe around the arena, but you miss the sense of the live people.

“It’s the totally different concept of doing TV in an arena which is massive like this. We need double the amount of light just to see in this venue. The stands around the floor need hundreds of light beams just so they can be seen. In a smaller show they are much closer and they can be a part of the show. This is impossible here. You only can work with the floor and even then the floor is massive.” 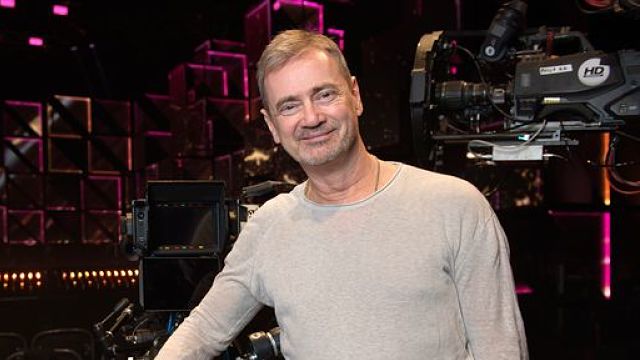 Christer Björkman on the Melodifestivalen tour in 2016 (Photo: Henrik Montgomery)

Christer Björkman holds another job in the world of the Eurovision Song Contest at the moment, that of Contest Producer. Furthermore he was until last year an elected member of the EBU’s Reference Group overseeing the development of the Song Contest. He is a character who has heard plenty of debate about what is the perfect size for an arena, and there clearly is debate between the broadcasters as well.

“I think every host broadcaster has their own view on this. I like it tight, I like the strong impression of the audience being there. Also it’s because the Semi Finals are not nearly as interesting, especially as there is no host broadcaster in them. If you choose a big arena for example, like Moscow in 2009, I’m not going to say it was empty but it certainly wasn’t full. It’s a challenge to fill a big arena. Unless you want to start the Eurovision experience off in a half empty arena then I would choose the 10,000, 15,000 size to fill all three shows.

“In a good world where money was no object, I would have two stages. I would have the semi finals in Globen and the Grand Final in Tele2. That’s in a magnificently rich world, and I’ll have to win the lottery first!”

Coming Together On One Night Only

In choosing Globen to host Eurovision this year, SVT have taken a safer approach to hosting than many other countries would be tempted by. The clear aim is to produce seven and a half hours of high quality transmission from the word go. Yes it means that fans are frustrated with missing out on the Grand Final, but part of Stockholm’s bid package was to have huge screens up not just in Eurovision Village but also inside the Tele2 Arena itself. It’s a compromise based mainly on cost, but also shows a commitment and understanding that on the Saturday night people want to party. That’s not necessarily true late on a Tuesday night in early May. Remember in this case it is local Swedes who are buying up en masse those Grand Final tickets and we’ve had plenty of Eurovision Semi Final moments in half empty arenas.

Next year it is possible a country could win that would want to make the Contest bigger again. Yes all the fans might get in, but would they all feel the energy and excitement as much as they do now? Would the hall be too wide to make a standing area feasible? How would the host broadcaster ensure the venue wasn’t just a sitting duck during the midweek shows? Yes for the Grand Final everybody wants to get in, but in reality it is just the hardcore few thousand who save up their vacation for a break each May who crave for access for the midweek shows. Unsurprisingly tickets are still on sale for both Semi Finals weeks after tickets were released.

In moving to Friends Arena for Melodifestivalen, Christer Björkman was clear to say to me they are happy they have made it work, but Friends is still not his ideal choice to host a competition. Ever since the gigantic use of Parken in 2001 big arena Eurovision has never quite been as fabulous as everybody had wished for. Should a super-arena turn up on the Song Contest showboat again I would be all for it, provided the broadcaster really understood the challenges they would face in making the show the television classic it is today. Maybe in one rich fantasy future we can have this multi-arena idea come into fruition…