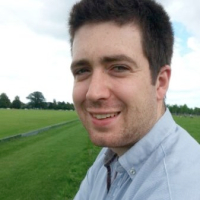 It’s Not Just About The Craic: Ireland’s Attitude To Eurovision Written by Denis McEvoy on January 13, 2016 | 2 Comments

Denis McEvoy loves his country, and loves the Eurovision Song Contest. But he’s not happy with the current approach to the Song Contest from national broadcaster RTÉ. What’s gone wrong for Ireland in the past, is there hope for 2016 and beyond?

Ireland has won The Eurovision Song Contest an impressive seven times. What an achievement, what a source of pride for us Irish, what a… load of old rubbish. When Nicky Byrne takes to the stage in Stockholm later this year it will be 20 years since the Emerald Isle’s last win.

Three wins in a row, four within five years, podium finishes six out of eight years, the nineties were a heady time to be an Irish Eurovision fan. However, familiarity breeds contempt… and complacency in the case of Ireland. Like jury spokespeople of old, Eurovision’s Grand Dame is now just phoning it in. 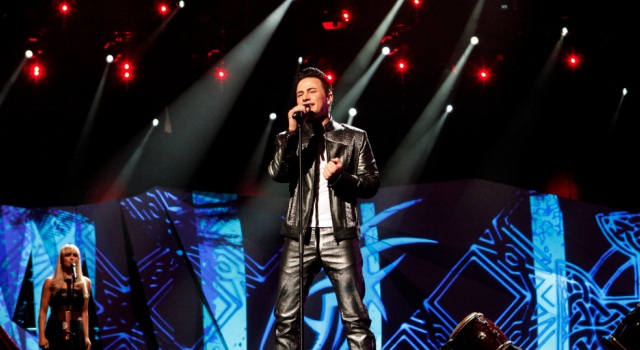 Ask any Irish person and they’ll be able to tell you a few things about ‘The Eurovision‘. ‘Ireland’s won it more than anyone else’, ‘We’ll never to be able to win again with all those Eastern countries voting for each other’ and ‘sure isn’t it all only joke songs, props and gimmicks’. They won’t be able to tell you, though, that RTÉ hasn’t really been trying for a decade and a half, or that the national broadcaster’s main concern it to simply get to Saturday night to maximise viewer ratings.

As has been discussed many times here, Ireland, like the United Kingdom, are unlikely to pull out of the Song Contest any time soon, despite ever worsening results. The reason? Seven and a half hours of prime time TV for a fraction of the usual cost (eight hours if ORF are in charge).

RTÉ has been playing a dangerous, somewhat stupid, game since the turn of the century. Largely willing to sell the contest as an increasingly absurd television spectacle, RTÉ sacrificed the contest’s musical relevance for ratings. Like a young boy listening to his older sibling running down something he truly loves, RTÉ disenfranchised the Eurovision Song Contest until they were in on the joke with Terry Wogan and the BBC. Since then the station has pedalled the narrative that with our seven wins we’ve earned the right to scoff at the Contest and the eejits on the other side of the continent taking it so seriously.

Ireland now finds itself in the middle of a competition that bears little resemblance to one it had dominated.

RTÉ’s previous formula for success was quite simple; send a big song by a singer with a big voice and keep the staging simple. Arguably, apart from a few blips, that worked just fine. That was until Gary O’Shaughnessy finished third from last at the 2001 contest in Copenhagen. It was Ireland’s worst ever result and to add insult to injury the country was relegated out of the 2002 contest. Such a stinging slap hit the Irish public hard. While RTÉ took the year out to review the national selection process, the Irish public turned to mocking Eurovision as a defence mechanism.

Since gaining independence, Ireland had been a poor country on the fringes of Europe, but in the mid-nineties the Celtic Tiger economy began roaring its little head off. The Irish began to get comfortable with our newly found reputation as the EU’s fastest growing and strongest performing economy. We had established ourselves on the European and world stage and no longer felt we had anything to prove. With the thirst to prove ourselves gone, so too did our interest in anything but money.

Marry this loss of interest to Europe’s apparent rejection of both our efforts and those of our closet neighbours and we felt we had every right to stick the boot in and relentlessly ridicule everything Eurovision.

Since the start of our fall from grace RTÉ have scrambled to knock together selection processes which would gain the highest possible ratings on Irish television, resulting in a song which would at best scrape inside the Top Ten. We’ve had the disastrously parochial You’re a Star which after the high point of 2003’s Mickey Joe Harte descended into churning out absolute dross.

This was exactly a case in point, though. RTÉ were delighted to have a show which pitted one county against another in blind support of a local singer who’d be armed with a substandard song and sent off to whichever country on the other side of Europe had just won the Eurovision Song Contest. This battle of the parishes was a ratings success for the station and meant that they stuck with it for as long as possible.

Then we had internal artist selections for another couple of years. Here we had another top ten… and our first last place finish. Time for another selection process change to a standalone National Final which literally resulted in a turkey. However our joke entry was under-basted and under-done. Cue a string of half-hearted attempts to have a Late Late Show-hosted national final. During which we tried a former winner and The Tuneless Twins… twice.

This was a somewhat successful time for RTÉ, however, as we qualified more than we didn’t and even managed another foray into the top 10. The problem is that in the last three years we finished last for a second time and failed to qualify the other two times.

Time For (Another) Change

And what brainwave have the national broadcaster had now? An internal selection of an RTÉ employee with a string of hits, but none recently, and the three-minute long track from his upcoming album.

Nicky Byrne will have a lot of pressure on him in Stockholm. RTÉ has not wanted to admit to the Irish public that our winning record could be under serious threat from the Swedes – who are now perilously close with six victories. It would give SVT and Sweden an enormous boost if they were to draw level with the Irish record on home soil. 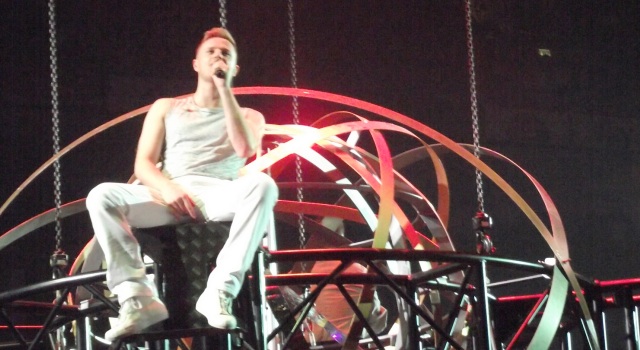 The mindset of denial runs throughout the station and is most clearly demonstrated by Marty Whelan, our commentator since 2000. A man who seems to have a genuine affection for the show, but is just as deep in denial as everyone else he works with.

In response to a question about whether we could ever win Eurovision again he told a recent RTÉ show (filmed before the 2015 contest):

No, you can never say that we’ll never do it again. There’s a number of countries that have won it five times and we’ve won it seven. No one has won it six, so we’re still kind of out there and we’ll hold on to that, I hope, for a while. I don’t think anyone is going to surpass us with the way it’s all changed… I think it’s quite diverse. I’m not sure that it will happen again but I refuse to believe that we can’t win it again, why not?”

The way of thinking is that we might do it again, but if we do it will probably be accidental and we’re in no rush. Presumably some other rationale of why we don’t need to worry has bedded in since Sweden has actually achieved six wins.

So, has Ireland and Nicky got a chance in Stockholm? Maybe, but if he does well it will merely be by chance or his own determinedness. At least he will not be ignored by RTÉ on his return. Mainly because he’ll be straight back to doing a national radio programme five days-a-week.

The solution is straight-forward, although it is too late to make a difference to the scoreboard in 2016. If RTÉ was to take a competitive interest now, it could promote the Contest as a music platform, rather than as a variety show. That would create an air of respectability. Be clear in the process for 2017, allow young singers and songwriters to get involved as early as possible, and try some styles that are somewhat relevant to this century.Do this consistently without grumbling and scoffing and we may just have a chance to stop Sweden overtaking us.

About The Author: Denis McEvoy

Denis has a background in radio and newspapers in Ireland, but now works as a marketing, communications and sponsorship manager for an international medical organisation. A fan of the contest since Eamon Toal sang about a Millennium of Love that never turned up for Ireland, he has yet to give up on the hope of seeing Europe's favourite song contest return to his edge of Europe.

2 responses to “It’s Not Just About The Craic: Ireland’s Attitude To Eurovision”