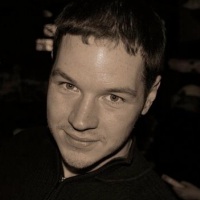 Heroes and Warriors: Jungian Archetypes And The Story of Eurovision Written by Derek Sillerud on January 10, 2016 | 2 Comments

How do you tell a story in three minutes? Derek Sillerud looks at one of the building blocks of short form storytelling and how twelve basic types explain how we all relate to the countries and songs that enter the Eurovision Song Contest.

Psychologist Carl Jung developed the concept of the collective unconscious, a framework we all share that colours the way we see the world but are entirely unaware of.

In this unconscious space we have twelve archetypes; intangible frameworks from which we build culture, character, and symbolism. As psychology continues to grow and develop, these ideas have been adopted in literary analysis because they reflect the common types of characters we encounter in film criticism, business consulting, and even politics.

The people we see in advertisements can easily be identified by their archetype as the advertising firms are working within a limited storytelling window. These concepts date back to the oldest known stories including myths, legends, and epic poems the world over. You might recognize archetypes like The Everyman in a number of stories, most notably Bilbo Baggins and a number of superhero alter-egos like Peter Parker.

From Textbook To Stage, Via Some Nation Building

What struck me about my first Eurovision Song Contest on the ground in Vienna was how people described the participating countries as though they were flesh-and-blood individuals given life by their respective performers. For example, it wasn’t Loïc Nottet singing about the heartless robots people have become, it was Belgium. If we imagine the Song Contest as a medium that we project our unconscious thoughts onto, we can see these characters come to life in the form of different countries. What role each country falls into is as much a part of our judging criteria and our enjoyment of the contest as the songs themselves.

This is not to say that these countries are these character types, but rather our perception of the country is the character type. The emotional bonds we develop as our favorite acts count their points toward victory reflect what we want them to be as much as who they are.

I want to look at look at how we see them through the lens of a foreign culture and how we can reconcile that with the unique individuals and performances that grace the stage each passing year. Over the next few articles, I’m going to look at the twelve Jungian Archetypes and how each of them have come to play a vital role in how the Eurovision Song Contest is perceived

The Innocent is the child character of the story that, while still in the process of finding their own way, is spontaneous and optimistic about the journey ahead. In their mind, the world is perfect: people are friendly and happy and the darker things that create strife are disregarded. Some popular examples of this include the traditional view of Snow White, Antoine de Saint-Exupéry’s The Little Prince, and L.Frank Baum’s Dorothy Gale.

What better countries fit this type than Denmark and Malta? With a blend of infectious delight and wide-eyed optimism, they both have a pantheon of joyful entries.

Just looking back at Denmark’s performances, we have the likes of Rollo & King, Jakob Sveistrup, Simon Mathew, Chanee and N’Evergreen, A Friend in London, and Basim, all singing about friendship, love, and making the world a better place. There’s nothing cynical about their lyrics. Even Basim’s ‘Cliche Love Song’ –  a parody of the tropes – is playful and embraces the silliness. Denmark feels like a country that, as it got older, steadfastly refused to forget how simple and wonderful the world seemed as a child and isn’t above starting off addressing boys and girls directly

Malta’s contributions can overlap in terms of style and message. Its more recent submissions have the treacly euphoria of young love running through them in songs by Chiara, Thea Garrett, Glen Vella, and Kurt Calleja, a run of four consecutive years full of dreams and aspirations, reducing love to a simple equation of one and one equaling bliss. Even songs about espionage can be triple distilled into a vodka-fueled ecstasy. The following year, the entry by Gianluca Bezzina captured the provincial charm of a small island town and the hearts of young lovers dreaming of tomorrow. Again, this is all done in complete earnest.

However, the danger in being The Innocent is being boring and averse to risk. Just this year, Denmark missed out with Anti-Social Media, an act that came off as a generic upbeat love song, the exact thing they were poking fun of just last year.

On the other hand, Amber, despite sending arguably Malta’s edgiest song to date, couldn’t escape comparison with Georgia’s identically-named industrial pop, and came off as the angry kitten cry compared to Nina Sublatti’s menacing growl. In a world of fans who spend their days elbowing through crowds on public transit, reading bad news on the internet, and arguing politics over alcohol, child-like wonder can come across as dull naivety. Despite this, Denmark has managed to find the right recipe for success and Malta remains the most successful country without a trophy to its name.

The Everyman wants nothing more than acceptance from their peers. Constantly beset by hardships, they are realistic, if not a little cynical, in their worldview.

In its 48 attempts at the Eurovision Song Contest, Portugal has struggled in a way few other countries seem to… even Finland. Portugal’s style is marked by its strict adherence to tradition. Having never fully transitioned to English, they still send songs emblematic of traditional folk like fado (songs of longing, usually mournful about the sea or the poor) as sung by Carlos do Carmo, Dulce Pontes, and Vânia Fernandes, or pimba (light, flirtatious, and upbeat songs) by Suzy. Portugal as the Everyman is hard-working, persistent, and often unrecognized for its efforts.

The need for being liked is often plagued by feelings of depression and futility. Portugal has sat out five times for financial reasons, poor performance, frustration, and protestation at the four-way win in 1969. Deep down, The Everyman desires fairness and equality, and uses deadpan humor to convey frustration as seen with Homens da Luta (literally, Men of the Struggle), a semi-humorous homage to protest songs of the 70s, which was actually meant to galvanize the masses today.

Despite a string of failed attempts, it has not succumbed to a desire to please others by compromising themselves and producing a generic English-language pop song. The struggles of the Willy Loman and Homer Simpson will one day pay off with a victory they relentlessly pursue.

Strong and courageous, The Hero’s mission is to learn from its mistakes and continuously get up after being knocked down. There are a million examples of heroes from Odysseus to Harry Potter, each of who persist in the face of adversity.

While it might seem easy to label Sweden the hero given its recent victories, Norway has, despite its share of challenges, proven itself one of the most durable contributors over the years. From Persian-inspired techno to folk to industrial, Norwegian styles have landed all over the chart. Eating a null point outcome four times since they joined in 1960 (‘63, ‘78, ‘81, ‘97), they’ve taken the whole thing with Bobbysocks (a classic), Secret Garden (a commercial success), and Alexander Rybak’s ‘Fairytale‘, a song with the highest ever total score (387 points) and the distinction of being in first place for the entirety of the vote count.

In case you are thinking Norway has gotten into a groove since 2004 with an impressive number of appearances in the Top Ten (six), they still stumbled with ‘Stay‘ to come in last place (for the 11th time). Thankfully, the next year Margaret Berger rebounded to come in fourth.

This is the fault of The Hero to see the world in simple black and white. Norway is a country not satisfied with the ordinary, so its presence is often unique and engaging. With its most recent entry, Mørland and Debrah Scarlett gave a haunting performance of an enigmatic song that explored ideas of guilt, shame, love and malice all while hiding truths in the shadows. It was as intriguing as it was controversial, and as true to the spirit of Norway as any other entry.

The Caregiver wants nothing more than to help others live happily. Since the concept of the Eurovision Song Contest originated in 1955 as a way to bring the European countries together following World War II, Switzerland has served as the heart. At the EBU headquarters in Geneva, Switzerland created a fun, entertaining and friendly competition broadcast simultaneously across Europe that has since grown to audiences around the world in the hundreds of millions.

For the country’s entries, its policy of inclusion embraces sending songs in English, French, Italian, and even Romansch; and allows performers from other countries such as Vanilla Ninja (Estonia), Six 4 One (Sweden, Bosnia, Malta, Israel, Portugal, and Germany) and even Annie Cotton and Céline Dion (Quebec) to represent them. However, its constant presence has allowed people to take it for granted and Switzerland often receives lackluster scores. If it was a little more selfish and ruthless, it might do better, but it’s diplomatic for that.

Coming up in part two, how Steve Jobs is a lot like Finland, where our missing lover is from, and what France and Don Quixote have in common….

2 responses to “Heroes and Warriors: Jungian Archetypes And The Story of Eurovision”