On Sunday 15th November all seventeen acts in the Junior Eurovision Song Contest took part in a running order draw. Each act was either drawn first, last or into the first half or second half (hosts Bulgaria drew a random position). Serbia was drawn first, Montenegro last, and the other songs were decided upon by the production team for the show. The result of this is the final running order published soon after.

Which countries have upped their chances based on the running order alone? Which entries might get overshadowed by those around it? Ben Robertson gives his verdict.

Running order matters here at Junior Eurovision as much as you would expect from any edition of the Song Contest. Yes, the number of songs are smaller, but that doesn’t mean there isn’t anything to be gained from a good running order slot. The 17 songs in Junior Eurovision is the par we expect in the Semi Finals of the Eurovision Song Contest, and never have more songs qualified from the first half of the draw than the second half. Going back through the two Semi Final era shows the small but existant bias that later is oh-so-slightly more advantageous.

Ah, you may say, but this is Junior Eurovision, and we’ve already had one winner singing in the slot of death at number two, and Krisia came remarkably close to overcoming Italy in the final scoring. That is true but there were still parts of running order knowledge to remember here. More important arguably that absolute position is the ability to build and climax the excitement to make your song stand out. Bulgaria’s ‘Planet of the Children’ gave extra oomph to the strong yet safe opener Belarus had with ‘Sokal’, and had a professional edge that made it shine above ‘Breaking My Heart’ and ‘Game Over’ that came afterwards. Think as well how the energy built up in the Eurovision Song Contest of 2014 that hit the crescendo exactly when Conchita took to the stage. 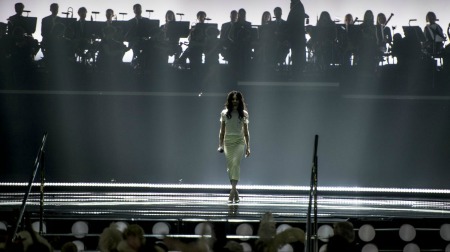 The crowdpleasing entries of ‘Slavic Girls’ and ‘Rise Up’ peaked excitement before Conchita’s victory in Copenhagen.

When it comes to analysing a running order, it’s not simply a matter of later is better. We try to find the songs that take a burst of energy above and beyond those around them and allow their music to stand out further.

The Producer Led Saw-Tooth Of Contrasts

With the running order for Junior Eurovision being predominantly decided by the production team of the show, they have worked together simply “to create the best show“. The outcome of this collaboration is a typical safe yet competitively monstrous running order which purposely increases the variance between each entry. Serbia’s drawing of first, complete with their traditionally presented ballad is followed by wacky Georgia which is then followed by classical pop balladry from Slovenia before Italy returns to the kid-friendly appeal. It might be good TV, but it makes it far harder for the casual viewer to judge each song subjectively. 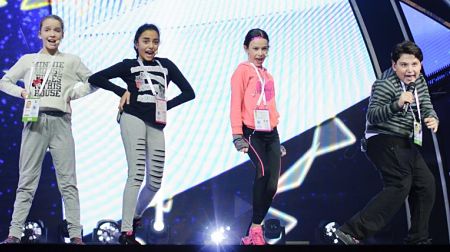 The results of this contrast is a saw-tooth effect in the show with few patterns emerging in terms of song style and show structure. One impact of this can be that the competition is normalised much later in the show, which may magnify any benefit of a later running order. Purposely designing a running order to make the songs more different from each other makes it harder for viewers to work out what is actually their favourite.

There are some kicks though when the tempo in the show is going to spike, and that can lead us to predict some winners and losers.

Three Countries Who Should Be Very Happy

Enabling our debutant from Down Under to shine was always going to be on the cards, but the position of 6th in the starting order for Saturday night is very friendly for Bella Paige. The song comes before an ad-break (the other is between song 12 and 13) giving more chance for Bella big vocal to be remembered.

There’s also a similarity in style to ‘Million Lights’, the entry representing The Netherlands, which comes in just before. Both are female pop songs but the tempo picks up as we move from Shalisa to Bella, ‘Million Lights’ is around 70 beats per minute, compared to ‘My Girls’ on 92. This subtle difference creates a pick-up in pace and energy that builds on from the previous song, and with ‘My Girls’ showing off a bigger vocal range it really allows Bella and Australia to be noticed by the viewers and jurors at home.

The latter five songs we have in the Junior Eurovision this year are less fancied than many of the others in the competition. Of the five we have the big winner in running order is ‘Not My Soul’ from Malta. Written in combination with Elton Zarb (responsible for Gaia Cauchi’s ‘The Start’ for example) the result is one of the catchiest hooks in the competition.

It comes off San Marino, and while ‘Mirror’ also benefits from a strong, English-language melodic hook, Malta post-chorus is comparatively more infections and strongly performed by Destiny. Following Malta is Albania’s ‘Dambaje’ which also relies on a hook, but one that is less forceful than the one provided by last year’s hosts. Musically the combination around Malta allows them to stand out from the pack at the end.

Drawn eighth, the latest possible position in the first half keeps Russia away from the crazy contrasts at the start of the running order. Following Ireland’s debut entry will help secure ‘Mechta’ a stable vote once the results come out. The Irish language and haunting feel provided stunningly from Aimee Banks stands out on its own merits. There is a danger though that the Eastern European domination of Junior Eurovision (something we alluded to in our statistics article about Ireland’s and Australia’s chances) might allow this to go over the heads of many of the people actually voting at home.

Russia’s entry performed by Mikhail Smirnov provides a gentle re-introduction to the minor chord loop that’s familiar to many voters, yet not abrasive enough to offend after Aimee’s performance. Ireland sets the calm tone, but for many Russia’s melody will be easier to appreciate in following back-to-back.

No matter what Maaraya do, they can’t seem to get given a good running order slot on a Saturday night. This is the third Eurovision entry in a row they’ve been involved in for Slovenia, and all three draws limited their appeal. In Junior Eurovision last year Slovenia opened the second half but following Ukraine’s dream sequence trio which left little to bounce from. In Eurovision this May opening the Grand Final was really just a fault start to place France second before Israel actually opened the party performing third. Here it is Slovenia who are performing third and should feel frustrated by the draw.

The running order after Georgia’s bonkers and off-the-rails stage performance is a distraction to the far more ‘normal’ three minute performance that Lina Kuduzovic gives. If Slovenia had been swapped with Italy to sing fourth instead the comparisons between entries would have been easier and Lina’s powerful vocal would be easier to judge for what it is worth. Instead it takes a while for viewers to pick up on what is normal for Junior Eurovision and that allows other entries later in the show to vie for viewers attention better.

Following the performance of a host country can provide an extra spark of excitement in the hall to bounce off of, however it can also mean you are the party pooper. San Marino might be the exactly that for the home crowd in Sofia. Bulgaria’s duet will be sapped up by the capacity crowd especially as the male singer Ivan struts on stage halfway through, and after that San Marino is a challenging listen.

San Marino jumps almost immediately into the verse without a telling introduction and it is a hard jump to make impactful. Furthermore Malta following will pick the energy back upwards in the show that ‘Mirror’ just helps build towards.

The Real Battle Is Between Ten And Eleven

Remember that as much as running order is of importance it isn’t more important than the content themselves. Some songs may stand out more or less than what is around them, but still each act gets their own chance to shine on Saturday night and songs in perceived ‘bad’ running order slots can still attack the top of the leaderboard.

What we are in all likelihood watching when the results come in is a two-horse battle between the two boys placed tenth and eleventh. Belarus performing in tenth place with flashy graphics and a demanding vocal oozes professionality after Macedonia’s entry, the only one solely composed by the acts themselves. Following Belarus is Armenia with showman MIKA performing high energy ‘Love’ and charming everybody in his pink suit. 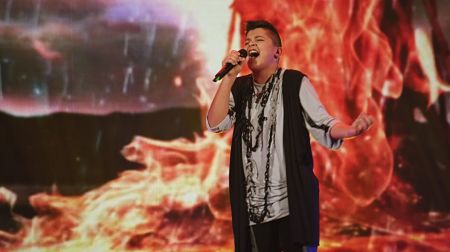 Visually impressive, can Belarus hold off Armenia performing just after it in the running order? Photo: EBU (Elena Volotova and Vladimir Dudakliev)

If I could call it now I would have to argue for the end of Belarus’ entry and the start of Armenia’s to be the pivotal two minutes of the entire show. Can Ruslan get his camera cues on point to show power and control of his impressive backdrop while utilising every last drop of his increasingly inelastic vocal cords? Can MIKA tighten up the start of the song and charm the camera early to make him the starlet of the evening? The winner of this battle of contrasts and character building is likely to be the one holding the big trophy on Saturday night.