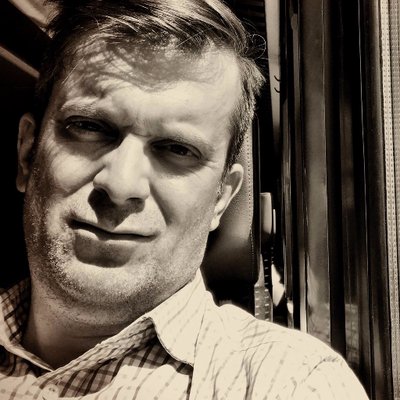 Junior Eurovision Is All Just A Bit Weird, Isn’t It? Written by Jon Jacob on November 16, 2015 | 2 Comments

Jon Jacob is joining the ESC Insight team in Sofia for the Junior Eurovision. It’s his first visit. We know he’s got a few reservations about coming. We also know he’s been quite particular about his hotel. We asked him to share his concerns before he ventured out here.

The Junior Eurovision Song Contest seems an odd event to attend. It’s not as grand as its parent, isn’t talked about as much and doesn’t – as far as I can see – have the same amount of passion inflicted upon it. It might also make me feel a little uncomfortable.

I’ve not watched it before, I don’t especially want to watch it, so I shouldn’t really be attending the Junior Eurovision Song Contest.

My interest in the ‘main’ Eurovision Song Contest is what led to me writing about it. And whilst I’d already pride myself on maintaining a sense of independence about anything I write (in order to have something to actually say), the Junior Eurovision Song Contest seems so distant from my interests that to attend makes me feel slightly uncomfortable. I do feel this quite strongly and that might be a reflection of the UK media narrative about adults and children. I’ve just recently finished filming interviews with teachers and students about an education project across the UK. Most striking was how the necessary procedures and documentation left me feeling quite nervous stepping into a school. It was as though the justifiable and appropriate measures we take to protect children have projected younger people as delicate and fragile, and the older generation as potential predators.

Of course, the experience was entirely different. The process of interviewing teenagers in the presence of their teachers taught me a thing or to, challenging my assumptions about that age group. They shared some incredible insights and said some really touching things too.

But still, attending Junior Eurovision makes me feel slightly uncomfortable, as though I shouldn’t really be there. I’m not quite sure what that’s about.

Why would any parent want their offspring to go through the circus of a large-scale TV production like this? What are the performers after? Are they the last of a generation who want to be famous above all else? Or is Junior Eurovision seen as a legitimate step along the path to an established pop music career?

The Songs Will Be Dire and the Stagecraft Will Be Safe

I’ve listened to half the songs already on my way into work last week. I didn’t stick around for many of them. Nothing especially grabbed my attention. Under-developed voices can’t be pushed too far in case they’re damaged. So I’m expecting limited melodic range, mid-tempos at best, and age-appropriate lyrics which adhere to editorial guidelines.

Similarly, there will be nothing on stage which causes TV producers to screw their noses up in fear of the editorial guidelines of European broadcasters. Lots of white teeth, beautiful hair, and outfits to make their mothers proud. The Press Conferences Will Be Dull

Nothing earth-shattering is said at press conferences anyway. They are tightly choreographed events anyway. The real stories – the interesting announcements – are normally briefed out to journalists first. Add into this mix that the focus of the press conferences will be teenagers, and the questions will necessarily be even more anodyne. Eurovision doesn’t attract those interested in searing journalism. I can’t imagine the Junior Eurovision will either. Everyone’s going to have to be really quite positive and pat everyone on the back. I can’t imagine there’ll be very much bitchiness.

It’s Not time For Eurovision

Press and fans will be trying to re-create the fun of the main Eurovision at Junior Eurovision. Won’t they?

I have this idea that there’ll be a lot of people there who’ll be trying to make their Junior Eurovision experience a bit like the main Eurovision in May, as though they can’t quite bear the idea of waiting a year before the next one. It will all feel a bit desperate and a bit sad.

It’s Going To Be Empty

There won’t be many people in the audience. It’s November in Sofia. The performers on stage are teenagers which probably means the audience is made of parents and similarly aged kids. At this moment in time, writing this post in my pyjamas in London, I really can’t imagine I’ll see many people there. 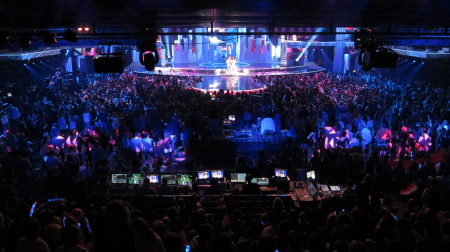 The reason I’m going is because of a coffee I had with Ewan a few months ago. He told me he was going to Junior Eurovision in November. I laughed heartily. There was a certain meanness in the laugh too. “Would I like it?” I asked. “I think you’d find it interesting,” he replied.

Therein is the basic question I want to get an answer to. The slightly more professional version of it is: what it is good for? My fear is that no-one is going to be able to give me a response which will change my thinking about Junior Eurovision. My assumption is that it’s a competition hanging on by a thread. Can someone challenge that view, reassert its relevance and justify its existence?

I do this quite a lot. The change of heart is usually triggered by the sight of my hotel room after a long journey. It’s because I’m tired. I’m a stickler for a good hotel room. Sometimes arriving in an unknown city in the dark can have a similar effect (as it did when I went on a train to Hull a few weeks ago). I’m arriving in Sofia at around 9pm. 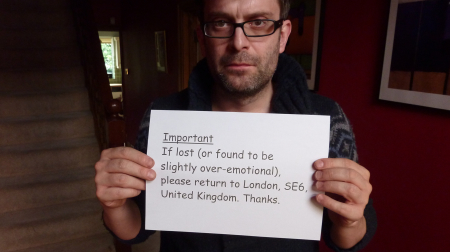 If you find Jon Jacob…

There’s Europe, Then There’s the UK

I’ll discover another reason why the UK is out of step with the rest of Europe.

And if that hunch is correct, that suggests that the lack of appetite for it in the UK might point to another fundamental difference between the island I live on and mainland Europe.

Junior Eurovision will provide me with a chance to be reunited with some European counterparts.

This is the unexpected one for me. After recent events in Paris, I’m surprised by how I’m actually yearning for an opportunity to feel physically part of Europe. That feeling doesn’t normally come as a result of a holiday, more a working trip like the one I’m going on.

I am a European at heart, it seems. Just as it always has, Eurovision provides me with an opportunity to reconnect with that sense of identity.

Jon Jacob is a writer, freelance journalist and blogger, who wrote a series of posts during his most recent Eurovision pilgrimage to Vienna this year. Find him on Twitter @thoroughlygood.

2 responses to “Junior Eurovision Is All Just A Bit Weird, Isn’t It?”