After many months of silence it was confirmed in June that Sweden would not be taking part in the 12th edition of the Junior Eurovision Song Contest. The Swedish withdrawal came on the back of the sparkling blue and yellow euphoria that was Måns Zelmerlow’s victory in Vienna. Why after such jubiliation would SVT suddenly leave Eurovision’s little sibling? Ben Robertson investigates.

The first indications of disquiet was back in January 2015 when news revealed that Lilla Melodifestivalen, used in recent years as the selection process for Sweden’s Junior Eurovision Song Contest entrant, would not be produced for 2015. The six sentence announcement made no mention of any connection to Junior Eurovision. Indeed it revealed plans were in place to start a brand new show to replace Lilla. News stories across the Eurovision media at the time did not pick up that this was actually Sweden’s positive spin on a withdrawal method. No one suspected the new show would not be a selection process for Junior Eurovision, but that’s exactly what happened.

No Lilla meant no Sofia.

June 6th, Sweden’s National Day and the traditional date for Lilla Melodifestivalen, came and went. Eventually the news of Sweden’s withdrawal came through Twitter, via the official Junior Eurovision account no less. It was a brutal way to confirm the Swedish withdrawal. A fan asked if Sweden leaving was true, and this was the tweet in reply. 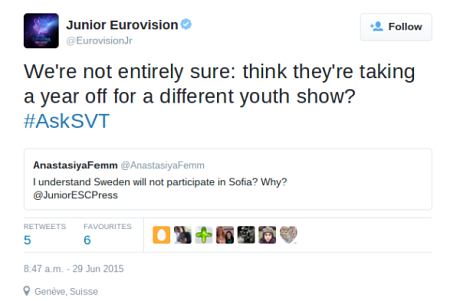 Commenting for the EBU in more detail we spoke to Dave Goodman, Communications Officer. He confirmed that SVT had officially told the EBU in May of their plans to not take part in Sofia. This was due to “launching a new show this year and that they wanted to focus on that”. In addition Mr. Goodman added that negotiations “took place at every level” which included approaching commercial broadcaster TV4, who previously took charge of Sweden’s Junior Eurovision entries from 2006 to 2009.

What Is This Super Show Alternative?

Lilla Melodifestivalen’s replacement was the new programme Supershowen, broadcast for the first time on SVT this October. One key thing to remember is that Junior Eurovision has not been a part of normal broadcasting on SVT’s main channels, but instead their separate children’s channel. Supershowen can be seen each Monday evening on children’s channel Barnkanalen.

It’s important to stress that it was never in any way linked with Junior Eurovision. This is simply a cover competition, with the first Semi Final featuring fare as varying as Samir and Victor’s ‘Groupie’ followed by Sondheim written ‘Giants In The Sky’. The age range is also lowered from the 12 to 15 range that Lilla Melodifestivalen had (notably always higher than the 10 to 15 range allowed at Junior Eurovision) to allow entrants from children aged 6 to 12.

However other than these facts the competition feels similar in production and personnel to Lilla Melodifestivalen. It still involves kids performing to a three person jury who deliberate over the final choices, before guiding each act through the production of their stage show. David Lindgren, Lilla Melodifestivalen’s interval act from 2013, is the show’s host, while jury member Ylva Hällen co-commented on Junior Eurovision the last two years alongside Edward af Sillen.

“We were planning in the New Year what we would broadcast for the next year,” explained Safa Safiyari, head of SVT’s Barnkanalen “and which shows we would give out money to for 2015. This year we decided to run a new show, Supershowen, focusing on singing talent. We can fit this better to our target group.” 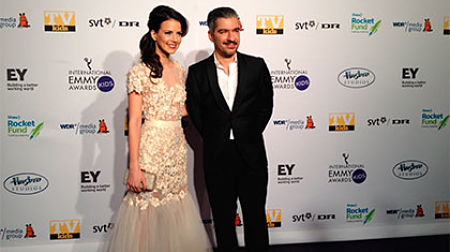 Barnkanalen’s brief is strictly for children aged between 3 and 11, who are normally heading to bed at 8pm. Junior Eurovision has been moving further towards a target audience in the lower teenage years, especially with its effective use of social media. Furthermore broadcasting Junior Eurovision live means Barnkanalen must be extended on these nights to allow for it to be watched in its entirety.

This difference in focus is one of the major reasons for SVT’s withdrawal from Junior Eurovision. Previous poor results were “not so important” compared to the opportunity to “meet other kids and other backgrounds”. Sweden was more than satisfied with Junior Eurovision, but in broadcasting tough decisions must be made with a view on budgets and targeting, alongside public service commitments.

Those tough decisions have led to withdrawal which is a bigger deal than just missing the Saturday night in November. SVT was at the time an active member of the Junior Eurovision Steering Group, the executive group working to ensure the Junior Eurovision ship sailed onwards. Since the withdrawal was known their place was suddenly left vacant, a replacement only being elected at the Head of Delegation meeting in October.

The Door Is Not Closed On A Return

The link between Lilla Melodifestivalen and Melodifestivalen looks strong to the casual viewer; both events promote each other’s shows and Melodifestivalen usually raves when artists from Lilla get to reach the top competition (although sharp-eyed viewers will have noted no link was made for Lilla alum Isa, even with her seventh place finish in Friends Arena).

SVT’s Melodifestivalen team were completely hands off with Lilla Melodifestivalen’s organisation. It’s only the communication links with the EBU that are dealt with by the same people.

When Eurovision Young Dancers and Young Musicians are broadcast primetime on SVT2, it seems at odds that the same channel might not take Junior and make it a success. Had the same team been managing both Eurovision and Junior Eurovision it’s a fair bet that we’d have Sweden not just taking part in Sofia, but generating more noise, more promotion, and more domestic success than the limited budget and opportunities that Children’s TV can manage alone. 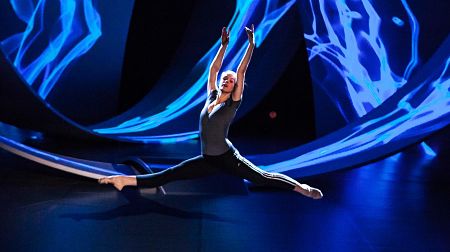 Kids across Sweden who would have seen Julia Kedhammar last year in Malta and wanted their chance to shine this year also deserved a clearer press statement than the team revealed in January. However the entire Junior Eurovision itself deserved better from the Swedish state broadcaster. Junior Eurovision should never have been left as a Kids TV afterthought, but a cohesive and joined-up part of the strategy to continue Sweden’s route to Eurovision success.

The door is not closed on a Swedish return to Junior Eurovision. But any return needs to be strategic and to fit within the aims of every party involved. The right reasons of providing a safe and exciting environment for songwriters and singers should be an easy sell in Sweden. The opportunities of stimulating new passions for music and getting the chance to work with big name producers provides a priceless list of contacts for young Swedish artists. The chances to make that Melodifestivalen brand even stronger should be grasped, not allowed to dissolve away.

Thankfully, the Junior Eurovision Song Contest is now strong enough not to depend on Sweden’s participation, but this withdrawal will hurt as a key Western ally drops out. The problem was never Junior Eurovision, the problem was SVT not being able to make Junior work for them and give it a long-term commitment.