Après Toi… How Luxembourg Fell Out Of Love With Eurovision Written by John Lucas on September 16, 2015 | 5 Comments

With the first ‘are you interested’ date now passed, it’s possible to get a flavour of the broadcasters getting ready for Stockholm 2016. But what of long-lost friends that still have a place at the table that remains untouched? Why did they ever leave, and will they ever return? John Lucas wonders what happened to one favourite.

Of all the countries we have loved and lost on the Eurovision Song Contest stage – including Andorra, Monaco, Slovakia, and Morocco – many would agree that it is the prolonged absence of Luxembourg that stings the most. With five victories and a host of classic entries to its name, the Grand Duchy has a history and calibre that few of their successors have ever matched.

And yet, despite occasional brief flickers of hope, proposed collaborations with San Marino or the crusading spirit of Linda Martin, it seems Luxembourg’s broadcaster has no serious intention of returning to the Song Contest any time soon with their 23 year hiatus already confirmed to extend into 2016. So how and why did this one-time heavyweight fall out of love with the Contest to which it’s contributed so much?

In order to understand Luxembourg’s current position, it’s worth taking a look back at how this small nation became such a Eurovision powerhouse and the factors that ultimately forced the Duchy out of the Contest.

Success Out Of The Box

Luxembourg was present at the very first Eurovision Song Contest in 1956 and scored most of its major successes during the sixties and seventies, a period when the French language dominated the Contest. Due to the relatively small size of their music industry, the majority of Luxembourgish entries were written and performed by foreigners – usually from France.

The Duchy’s first victory came in 1961 with the smoky ‘Nous les amoureux‘ by Jean-Claude Pascal. In 1965 they won again with ‘Poupée de cire, poupée de son‘ by France Gall, an unusually energetic and modern production for the time, with ironic and satirical lyrics by infamous French provocateur Serge Gainsbourg.

Other notable entries of the era included an early appearance by future Greek megastar Nana Mouskouri, who finished a modest eighth in 1963 with ‘À force de prier‘ and ‘L’amour est bleu‘ by Vicky Leandros – another Greek – and a song that went on to become an enormously popular easy listening standard, topping the US charts in an instrumental cover version by orchestra leader Paul Mauriat the following year. 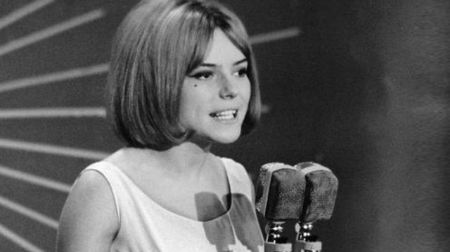 France Gall scored Luxembourg’s second Eurovision win in 1967 – and injected a new energy into the contest.

Double Triumph And The Dawn Of Kitsch

Back -to-back victories in 1972 and 1973 secured Luxembourg’s place in the Eurovision record books. On her second attempt for the Duchy, Vicky Leandros scored a major global hit with her ballad ‘Apres Toi‘, while Anne-Marie David delivered one of the all-time fan favourites with the dramatic ‘Tu the reconnaîtras‘.

Success continued well into the seventies, with memorable entries including ‘Yes Sir, I Can Boogie’ hit-makers Baccara, whose kitschy, disco-flavoured ‘Parlez-vous français?‘ charted all over Europe despite finishing a modest seventh in the 1978 Contest.

Another song that enjoyed a long afterlife was Sophie & Magaly’s maddeningly catchy ‘Papa Pingouin‘, a clip show staple with a stage performance that will go down in history as one of the most bizarre ever seen at the Contest. Co-written by none other than Ralph Siegel, ‘Papa Pingouin’ became a huge chart hit in France and Germany in 2007 when it was covered by Pigloo, a popular cartoon penguin from the animated show of the same name. With over half a million copies sold across the continent, the royalties from this quintessential Eurovision novelty song were probably enough to cover San Marino’s entry fees for years to come. 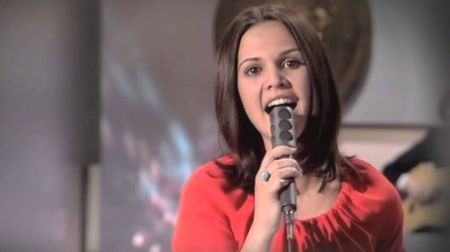 Anne-Marie David (not a penguin) brought Luxembourg’s tally of victories up to four in 1973.

In 1983 Luxembourg scored their fifth – and, to date, final – victory with ‘Si la vie est cadeau‘ by Corinne Hermès, another classic French ballad bolstered by a stirring, emotional performance from the young singer. However, as the eighties wore on, the Francophone grip on the Eurovision Song Contest began to loosen and Luxembourg’s fortunes began to suffer accordingly.

In 1988 the Duchy achieved their last major success with the lovely ‘Croire’ by Belgian singer Lara Fabian, who would go on to become a major star in the 90s and 00s. Coincidentally, this was also the year of the last French-language Eurovision winner to date – ‘Ne partez pas sans moi‘ by Celine Dion, to whom Fabian would face comparisons throughout her career.

From 1989 to 1993, Luxembourg endured their worst run of failure in five decades of participation, with none of their entries managing to crack the Top Ten. When local duo Modern Times crashed out in 20th place at the 1993 Contest, the country found themselves relegated from competing the following year.

They would never be heard from again… 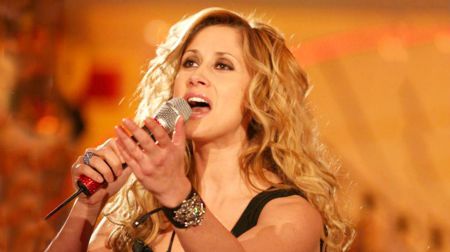 For Lara Fabian, representing Luxembourg at Eurovision was a stepping stone to a long and decorated career. Photo: larafabian.com

Failure and relegation may have been the catalyst for Luxembourg’s long hiatus, but it’s possible that an exit from the Song Contest was inevitable. At the same time that their Eurovision fortunes were hitting an all-time low, their national broadcaster RTL Télévision was undergoing a major restructure with a new Director of Programming brought in and a focus on attracting a younger audience. In order to attract new investment, the channel also abandoned its public service mission to RTL Hei Elei, a new channel created in Luxembourg at the demand of the government.

In the midst of all of these changes, ownership of the Eurovision Song Contest appears to have slipped through the cracks.

In the two and a half decades since Luxembourg last appeared at Eurovision, the community has never given up hope that someday it might return. Rumours of a proposed comeback have periodically circulated, but as yet nothing has come to fruition.

On the surface, they should theoretically be in a strong position to compete. While one of Europe’s smaller countries, with a population in excess of 500,000 they’re more comparable to the likes of Malta and Iceland than micro-nations such as Andorra, Monaco and San Marino. They’re also considerably wealthier than many of the cash-strapped Balkan and Eastern European nations that routinely scrape together the funding to fly their flags. So what’s stopping them? 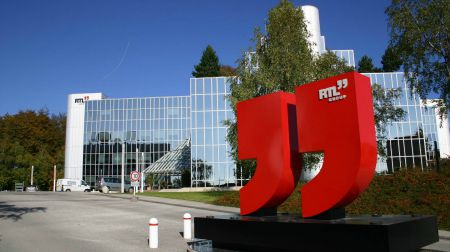 A Unique Set Of Challenges

In an attempt to find answers, I reached out to Oliver Fahlbusch, Senior Vice President of Corporate Communications & Marketing at RTL Group, the parent company of RTL Lëtzebuerg (formerly RTL Hei Elei). He offered the following explanation:

The public broadcasting mandate of RTL Lëtzebuerg is defined by the so-called ‘concession contract’ between the Luxembourg Government and RTL Group/CLT-UFA.

Most importantly, the TV programme of RTL Télé Lëtzebuerg is not financed by license fees, but by our Group.

As RTL Group/CLT-UFA are private, commercial companies, part of the TV production costs are refinanced through advertising revenue.

As a consequence, the programming budget of RTL Télé Lëtzebuerg is focused strongly on news and information programmes, in Luxembourgish language for the Luxembourgish audience. This is the core of the public service mandate.

In other words, it seems that the prospect of success nor the cost of entry are prohibiting Luxembourg’s entry to the Contest so much as the fact that RTL simply does not consider Eurovision to be an investment that’s in line with their core mandate. Unlike the majority of national broadcasters, RTL is not publically funded but privately financed, meaning they must answer to key stakeholders first and foremost. The concession contract Mr Fahlbusch mentions runs until the end of 2020, so it appears unlikely that any major structural changes that could open the door to a Eurovision comeback will occur before then, if at all. 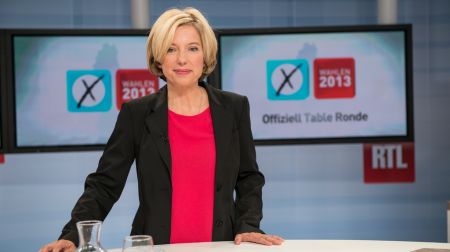 The idea that the Eurovision Song Contest doesn’t serve RTL’s public broadcasting mandate seems to largely be based on commercial concerns. The show would not be produced in Luxembourg unless they won and hosted, and sponsorship opportunities would be limited. It’s also worth noting RTL’s commitment to producing programmes “…in Luxembourgish for a Luxembourgish audience“. Given Luxembourg’s historical reliance on foreign singers and composers – just seven of Luxembourg’s entrants were performed by Luxembourgish artists – it’s very possible that the national audience simply does not have a sense of seeing themselves or their culture reflected on the Eurovision stage in the way that small but proud competitors like Malta and Montenegro have.

Should the Duchy ever return, they would be advised to work closely with the country’s music industry to field local artists and create a greater sense of connection between the performers and the viewership. The Luxembourgish music industry may be very small, but one need only look to the likes of Malta, Iceland and even San Marino to see that fielding local talent is always possible.

It doesn’t help that public interest in the Song Contest within Luxembourg is likely to have been seriously dented by such a long period of non-engagement. Since Italy returned to the Contest in 2011, they’ve faced a challenge of rebuilding an audience almost from scratch, with an entire generation of TV viewers having grown up without seeing the Contest on their screens. Having now been gone for almost twice as long as Italy’s 13-year absence, and with no San Remo style institution to use as a jumping-off point to get viewers interested, it seems RTL would face a major uphill struggle to generate much enthusiasm outside the hardcore Eurovision fanbase. 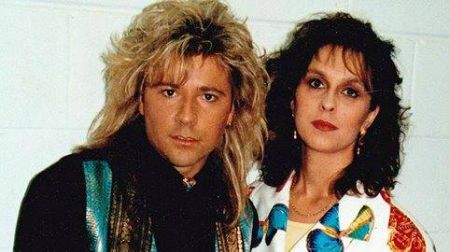 1993 duo Modern Times were among the few Luxembourgish Eurovision acts whose members were actually from Luxembourg.

Still, that fanbase does exist, and while their numbers are small they remain vocal and committed to seeing their country return. The aforementioned Eurovision gala that takes place in Luxembourg every year is one of the most popular fan-driven events in the calendar, attracting attendees and performers from all over the continent.

We’ve seen many times in the past that people power can affect real change, so if you’re one of the many Eurovision viewers who longs to see Luxembourg back in the Eurovision Song Contest, the best thing to do is probably to keep supporting the Luxembourgish fans – particularly those who organise the annual gala – and make sure your voice is heard. The road to a comeback looks like it could be a long one yet, but if there’s one thing we’re reminded of every year, it’s that when it comes to the Song Contest, nothing is impossible.