Globe Arena, we’re coming to get you!

The confirmation of the venue also stated the dates of May 10 and 12 for the Semi Finals, and May 14 for the Grand Final. For the Eurovisionista, that meant today was mostly spent deciding on a hotel or apartment (seriously, Stockholm is not going to run out), looking at flights (seriously, half the seat inventories for ten months out will not be loaded in the systems yet), and running towards HR to get the first bid in for the two weeks in May that will be needed to bathe in the glow of the Ericcson Globe (minus the Ericsson branding).

But there are already some interesting little tidbits presented inside the announcement. If we shake our little Song Contest Globe to move the snow around, there are a few things to get excited over. Yes, even this far out. 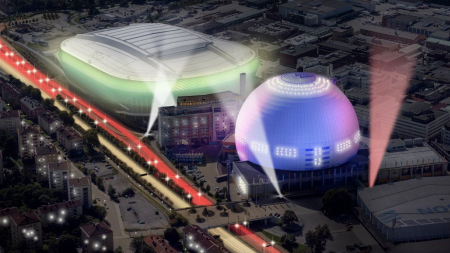 We’ve been promised a Eurovision Island before, with the Contest in a converted shipyard, with a city completely taken-over by Eurovision, with locals that are eager to make the Song Contest the best experience in the entertainment world… but we’re not going back to Malta for Junior Eurovision, we’re going to Sweden.

The Danish production of 2014 had many ideas for themed areas, a carnival atmosphere, and the idea of a Eurovision play park around the BW Hallerene, but the ballooning budget put paid to that idea.

The news today does more than hint that the idea of a Eurovision-World is back on the cards, with the Globe Arena acting as a focal point. The press centre is already noted as being in the Hovet, and the delegations will be housed in the Annex (presumably this will be the dressing room facilities and canteen). With space for the Euroclub and various smaller venues for other facilities, the vision of a Eurovision holiday camp (oo-err) in May might actually come to fruition.

If nothing else, the on-site McDonalds is going to need to get some extra staff in.

What Could You Do… With A Second Stage?

There’s one more part of the Eurovision Camp that I wanted to lift out from Martin Österdahl’s statement… “The crowning glory is that we can make the Grand Final even more impressive by incorporating the Tele2 Arena into the event.”

All right then, what could you do with a Contest if you have two arenas open to you? One idea that comes immediately to mind is to use the Tele2 as an overspill venue. The pricey tickets and box-seats would stay inside the Globen, but with so much interest in the Contest and so many fans ready to descend on Stockholm, why not offer them something unique – such as a Ten Euro ticket to join all the other fans watching on ‘the biggest screen… in the world’ right there inside the Tele2?

Heck, you could sweeten the deal and put a super-dooper green room in the Tele2 just for the night, one of the half time interval acts with a massive stage show, run the voting from Tele2… or simply annex anyone that says “well, it’s all political, it’s not really a Contest’ into the secondary audience.

Get your thinking hats on, best idea in the comments could win some ESC Insight badges! 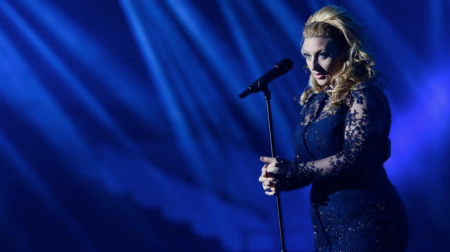 Stockholm Is Hungry For The Song Contest

Karin Wanngård made it very clear at the opening of this year’s Melodifestivalen Final – the Mayor of Stockholm wanted the Song Contest back in the Swedish capital. She’s got it, and I have a suspicion that the local government of Stockholm is going to put on a huge show outside of the show for everyone who visits.

There is a clear delineation in duties already visible… SVT are handling anything and everything to do with the TV production, while the logistics, parties, and events will be organised by the Host City. If there’s one thing Malmö got right, it was the organisation around the city, the transport, and even the F2 fan accreditation.

I think we’ll see that return as well.

The Return Of SVT Thursday

One other thing we noted when SVT was organising Eurovision 2013 was its habit of releasing a piece of news about the event every Thursday morning from the announcement of the venue right up to the start of the rehearsals.

I suspect that the host city news will supersede that this week, but we’re waiting for next Thursday, and the jingle is ready. 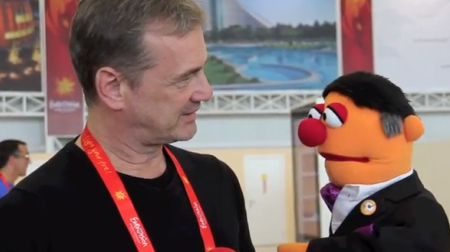 As always, a new Contest means a fresh sheet of paper, and it’s going to take time for SVT’s vision to be seen clearly. They’re probably working on a bundle of ideas now. As always we’ll keep you up to date here on ESC Insight, through our newsletter, and on the podcast.