For many of you viewers watching at home, imagining yourself as a member of the maddening throng of screaming, flag-bearing, face-painted fans on site at Eurovision seems like a far-fetched fantasy. “It’s too far”, the not-so-fun little voice in your head says, or “it’s too expensive”, or “you’ll have nothing to do if you don’t get tickets” or, perhaps most heartbreakingly of all, “you’ll be alone”. Well, I’m here to tell you that as crazy as it sounds, you can make your Eurovision travel fantasy a reality.

Where And When Are We Going?

Now we know the winner (Sweden), the temptation is often huge to simply hop on the travel site of your choice, scope out tickets to the winning nation’s capital, and buy before ticket prices go up or flights fill up.

Eurovision 2016’s provisional dates have been listed as May 10, 12, and 14, but those dates are just that: provisional. A host broadcaster still has wiggle room to move the contest around a few weeks, depending on venue availability, local holidays and events, or one of a hundred other factors.

Furthermore, there’s no guarantee that Stockholm will be our hosts (even if Ben is really really sure). Back in 2012, after Loreen took the win for Sweden, Eurofans left Baku with the refrain ‘See you in Stockholm!‘ ringing in their ears. When Malmö, Sweden’s third-largest city, was announced as 2013’s host, more than a few flights had to be changed, and more than a few hotel reservations had to be cancelled. In 2014, Copenhagen seemed like a safe bet from the get-go, but Herning, with its appropriately-sized venue (with no renovations needed) gave the capital a run for its money in the bidding process, even if the hotels were three hours from the venue. 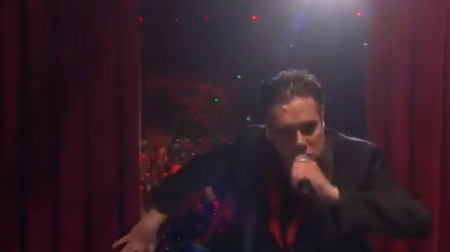 Thorsten Flinck is hiding in a secret venue somewhere in Sweden (SVT, 2012)

In short, let your heart rate return to normal and let the EBU and SVT do their work. If anything, bookmark this article and check it again once we have a venue confirmation. We’ll be here when you get back.

Once a host city and venue has been declared, that’s when the fun can really get started (you know, if you consider mapping out itineraries and planning possible layovers fun). If you’re coming in from somewhere in Continental Europe, chances are good that you’ll have a number of options available to you in terms of getting to Eurovision Central next year.

Main-line air carriers are a great way to go, but if you have the flexibility (and a tight budget), be sure to keep an eye on low-cost carriers heading to alternate airports in the vicinity. Many people heading to Vienna actually flew into nearby Bratislava Airport, only an hour away, where Ryanair keeps a base. Arlanda Airport might be the main entry point for flights into Stockholm, but Bromma, Skavsta, and Västerås airports also offer many lower-cost options (and technically speaking, Bromma Airport is closer to Stockholm City Center than Arlanda is). 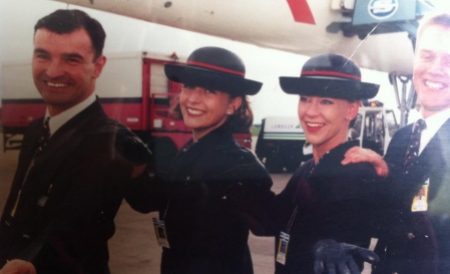 Because how could we not remind the world of our favourite trolly dolly on the right?

If you have the time and logistical capability, trains and ferries are great options, as well. If a flight to Stockholm is too pricey, look into flying to other major cities, such as Oslo, Copenhagen or Gothenberg, and taking the train from there. It might not be as quick of a link, but the potential money saved could make the difference between eating ramen noodles in your flat every night and feeling ok with buying yourself a nice dinner in Gamla Stan.

Furthermore, overnight ferries into Stockholm are available from Helsinki, Tallinn, Riga, and even Saint Petersburg. Even if it’s not a budget option, the experience of taking a leisurely cruise to another city serves as a nice contrast to the often-crazed nature of Eurovision tourism.

If you’re traveling from outside Europe (as I and many others do), Eurovision is simply not a budget trip; to find airfare under $1000 USD for a flight from the States to any of the major hubs in Europe is a find that should be pounced upon. However, there are ways to lessen the blow.

Sweden is a member of the Schengen Zone, which means that for the majority of Eurovision fans, visas are not required. However, If you’re coming in from outside the EU, please double-check to see if a visa is needed for travel, including for airports you may be transiting through. While citizens of the United States, Canada, Australia, and New Zealand do not require a visa for Schengen Zone travel, our friends from Russia, Ukraine, Belarus, Turkey, Armenia, Azerbaijan, and Georgia aren’t quite as lucky. If you’re in doubt, check with your local Swedish Embassy for more detailed information. 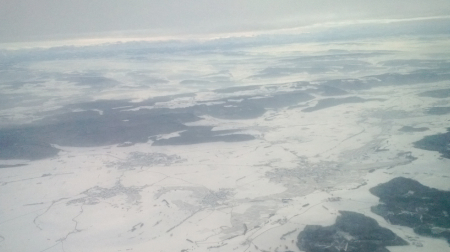 Somewhere down there is the perfect song for Europe (image: Ewan Spence).

Even more than the cost of actually getting to Eurovision, the biggest expense most people have to face is accommodation. Hotels are abound in most cities Eurovision can call home (honestly, that’s one of the factors that the EBU and a host broadcaster keep in mind when they select a host), but if you’re planning on staying for longer than a few days, the cost can get very high very fast.

With the rise of websites like AirBnB, HomeAway, and others, short-term apartment rentals can be found, often for significantly less than a hotel would have been. You might miss the daily continental breakfast and friendly face behind the front desk, but renting a roomy flat with a kitchen, spending a third of what you would have elsewhere, and getting to sink your teeth into a neighborhood might be more than worth it.

But What About The Big Show?

Ah, yes, the shows themselves! You’ve got more than a few options to see the shows, provided you’re quick on your feet, have made a few connections early on, and might be willing to compromise.

Keep your ear to the ground for waves of a-la-carte ticket releases. It often takes months for a broadcaster to determine stage layouts, camera angles, and other factors that might affect specific seating arrangements, but broadcasters are able give ballpark estimates of ticketing sometime in mid-winter. However, every Eurofan, whether casual or fanatical, will likely be trying to pounce on open ticket sales when the are available, so be quick, have your credit card handy, and be willing to accept compromise. You may have had your heart set on standing in the crowd, but an actual seat gets you into the same show. If you’re worried about your budget, consider trying for a spot at a Jury Final. You might not be able to see yourself on TV, but a Jury Final ticket is significantly less spendy than its counterpart the next night, and might actually have more weight on the contest’s result in the end. 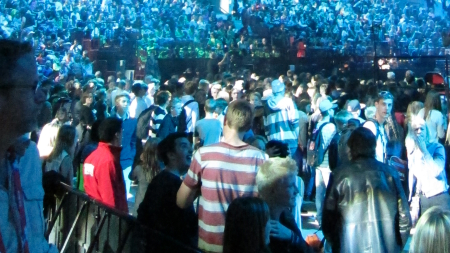 If you’re a member of OGAE, get in touch with your local club to see how they process and distribute ticket packages. Packages might cost you upwards of €300, but it gets you into practically every ticketed show, often with preferential seating alongside other OGAE members. For the full on, flag-waving, costume-wearing, sing-your-lungs-out-until-you-have-no-voice experience, this might be the way to go. (If you’re not a member of your local OGAE club, reach out and get in touch with your national chapter! Benefits are often so much more than a ticket allocation; it’s a community of like-minded people.)

If you either can’t get your hands on tickets, feel a financial crunch, or simply want a change of scenery, consider checking out the public local screenings that host cities have been setting up in recent years. Often held in large public squares with room for a few thousand of your closest new friends, you can still feel the same great vibe for basically none of the cost.

Recently, host cities have done a fantastic job of making sure that the Eurovision experience extends beyond just the arena and press center. The creation and continued growth of the Euro Village and Euro Fan Café gives fans without tickets or accreditation the chance to get into the ESC spirit.  Public performances by the artists, involvement from the local community, shopping, and other opportunities abound if you know where to look. As we get closer to the event, the host city will announce their plans for events like these, and Sweden, being the Eurovision-mad nation that it is, will likely make some great efforts in order to guarantee that guests feel welcome. 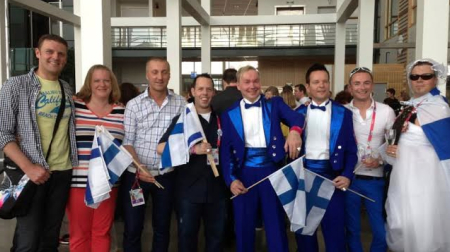 Eurovision, at its heart, is about creating connections, whether it’s from broadcaster to viewer, singer to fan, nation to nation, or person to person. With that in mind, don’t be afraid to reach out and get in touch with other fans who will be coming to Sweden in 2016! If you’re traveling alone and feeling nervous, there are a number of groups on Facebook devoted to the Eurovision fandom, and you’re bound to come across other fans who are making the pilgrimage. Whether it’s asking for advice on which neighborhood to stay in, setting up a friendly meetup at a local pub, or hosting a spirited debate on where we’re heading in 2017 (Denmark is pretty sure it can win on Swedish soil… again), use social media as a tool to help you plan your journey and make contacts. Even if you come to Sweden on your own, you’re certainly not alone in this community.